Billy Sharp’s Wrexham anger after FA Cup win, and West Brom play a blinder to set Leeds back – The Warm-Up 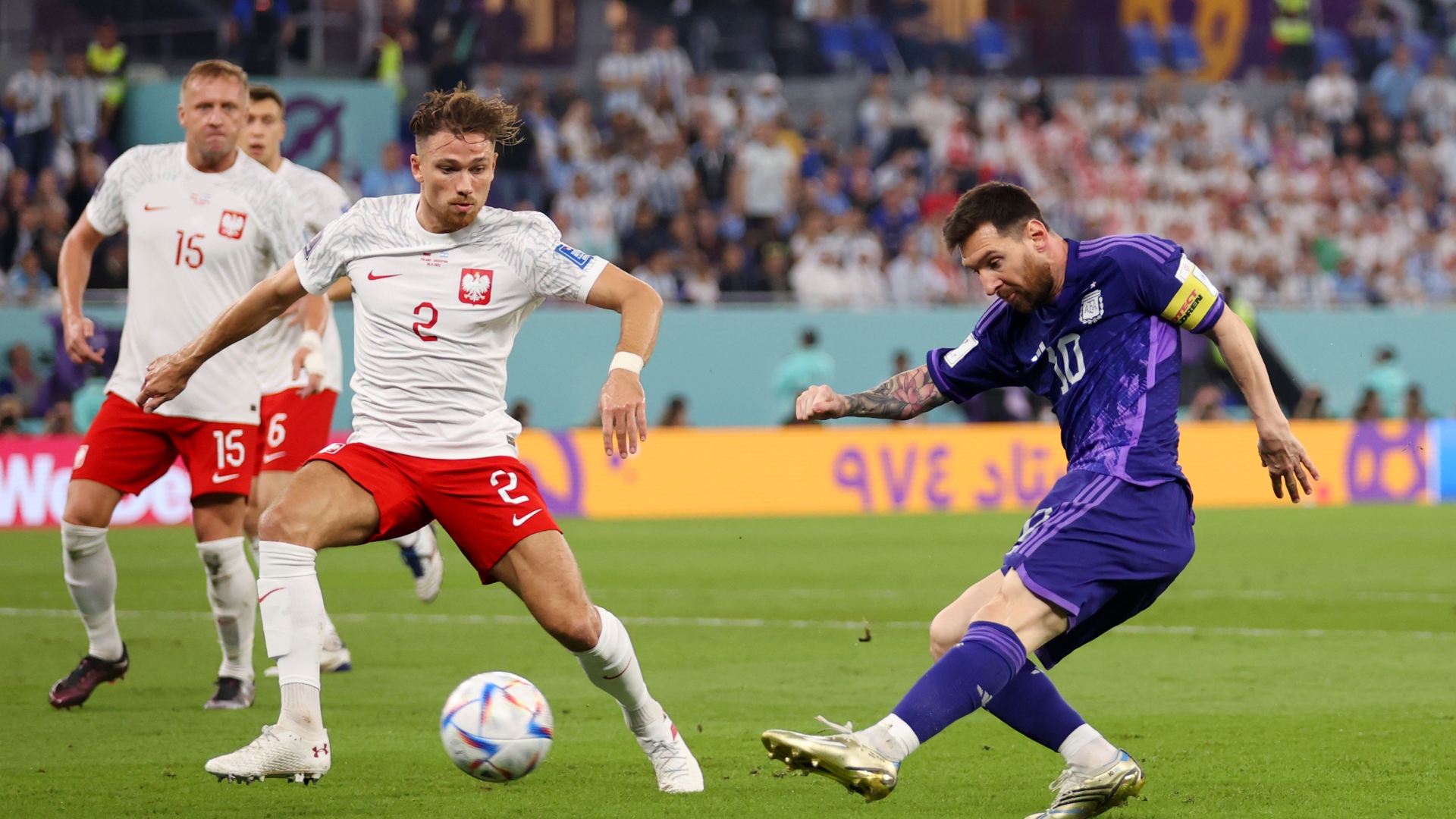 The right-back played the full 90 minutes in their 2-0 defeat to Messi’s side, but was still celebrating despite the result.

Regardless of the loss Poland were able to secure their place in the last-16 of the World Cup after superior goal difference meant they narrowly pipped Mexico to second place in Group C.

Cash has played a huge part in Poland’s advancement and the gift he received from Argentina goalkeeper and fellow Villan, Martinez, is the cherry on top of his experience in Qatar so far.

The 25-year-old said: “I tell you the best thing about it was, right, at the end of the game Emiliano Martínez comes up to me and he’s like ‘Cashy I’ve got you a present’,

“And I was like, ‘what could this be?’. He said follow me into the tunnel, so I’ve gone into the tunnel with him and he’s gone in the changing room, he said ‘wait there’.

“Then he’s walked out with Messi’s shirt for me. It was amazing, it doesn’t get better than that

“Nah, seeing him in real life up close, I think he walked past me at half-time and I was like ‘woah, that’s Messi’.”

Argentina were comfortable winners despite Messi having a penalty saved by Poland goalkeeper Wojciech Szczęsny.

The former Arsenal man revealed after the game that he had bet Messi €100 that the referee wasn’t going to give the penalty whilst VAR checks were ongoing.

He said: “We spoke before the penalty and I told (him I) would bet him €100 that he [referee] wasn’t going to give it. So I’ve lost a bet against Messi.

“I don’t know if that’s allowed at the World Cup – I’m probably going to get banned for it! But I don’t care right now.

Poland will face France in the last 16 as they try to reach their first quarter-final in the competition since 1982. Argentina will face Australia, who beat Denmark to come runners-up behind France.