'I'm upset, it's difficult to accept' 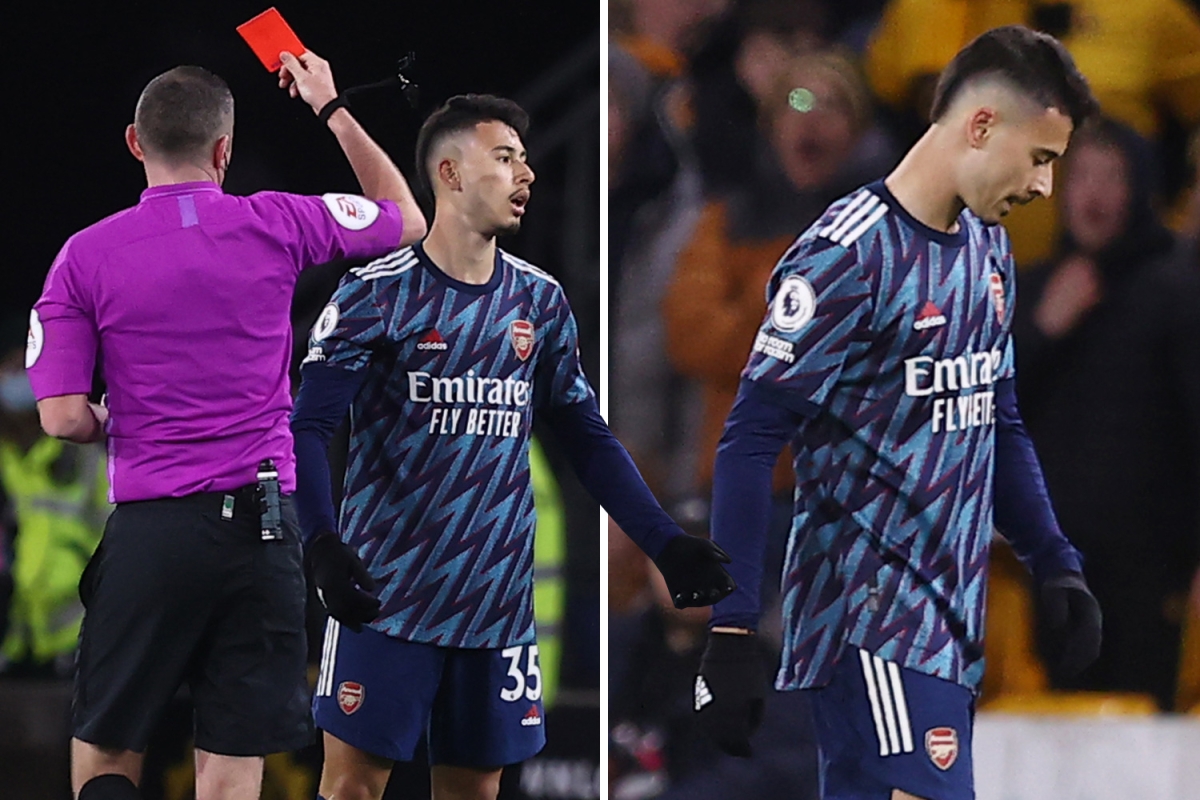 GABRIEL MARTINELLI has revealed his ‘upset’ over his sending-off at Wolves and admits it’s ‘difficult to accept’.

The Brazilian, 20, became the fourth Arsenal player to receive red in 2022 during the Gunners’ 1-0 win at Molineux last night.

The forward received two yellow cards within FIVE SECONDS to leave his team a man down for the final 20 minutes.

He firstly tried to block a throw-in from being taken by pushing taker Daniel Podence.

The attacker then committed a needless foul on Chiquinho, prompting referee Michael Oliver to blow his whistle.

The official had his yellow card out and signalled that Martinelli was being booked for his first offence.

And Oliver then sensationally raised the card again, confirming that it was for the subsequent foul.

To Martinelli’s astonishment, Oliver’s red card was then brandished and he was sent his marching orders.

He tweeted after the game: “I’m upset because it’s difficult to accept that as a red card.

“But I am proud the team fought to keep the result and the win.”

The incident was the 15th time an Arsenal player has been sent-off since Arteta took charge in 2019.

However, the Spanish coach is adamant the Gunners are not dirty and wants to know why they are falling foul of referees.

“You ask me if I’m happy with the decisions we’ve had this season and that’s a conversation I will have with officials privately.

“I want explanations about VAR and what happened tonight. They are conversations that are going to happen very soon.

“Everyone says it is the most disciplined group they have seen in the last 10 to 15 years, but we are still getting red cards.