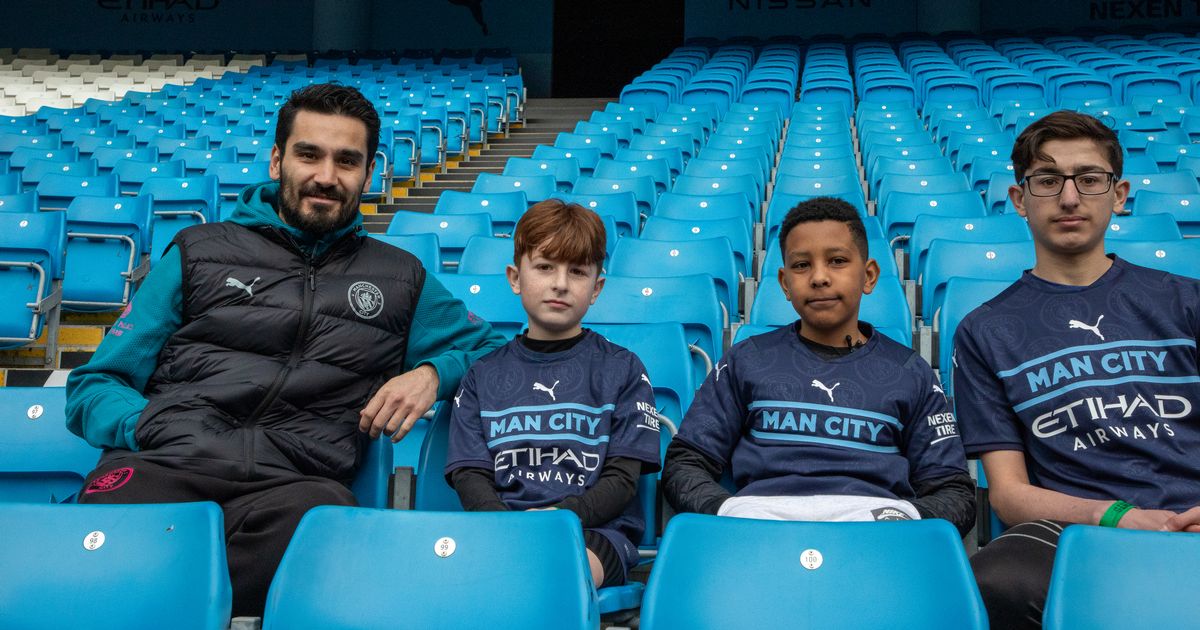 Ilkay Gundogan had three special supporters in the stands of the Etihad Stadium watching his heroics for Manchester City on the final day of the Premier League season.

Gundogan came off the substitutes’ bench to score twice as City came from 2-0 down against Aston Villa on Sunday to win 3-2 and claim their fourth title in the past five years. Goals from Matty Cash and Philippe Coutinho had Villa two goals in front and threatening to crash City’s party before the home team fought back following vital changes from manager Pep Guardiola.

Gundogan came off the bench in the 68th minute was central to their amazing comeback, which featured three goals in just five minutes. The German midfielder headed in Raheem Sterling’s cross before tapping in Kevin De Bruyne’s low ball to make it 3-2 following Rodri’s controlled finish into the bottom corner.

His efforts sparked wild scenes of celebration at the Etihad, with the win enough to secure the title by one point ahead of Liverpool, who beat Wolves 3-1 at Anfield. And City captain Fernandinho lifting the trophy on the pitch after the final whistle was witnessed by three fans who Gundogan had personally invited.

Gundogan has supported UNHCR, the UN Refugee Agency, since early 2021, using his profile to raise awareness and funds for refugees around the world. His links with the organisation saw him arrange tickets for the Villa game – and the previous home match against Newcastle on May 8 – for three refugees on Sunday.

The three boys, aged between eight and 14, fled their home countries of Syria and Sudan with their families to find safety in the UK. Having settled in Manchester, they have become Man City fans and were treated to tours of the club’s academy and the Etihad Stadium earlier this year.

Gundogan has often spoken about his passion for using football for good. Like former Arsenal midfielder Mesut Ozil, the 31-year-old comes from the German city of Gelsenkirchen and is of Turkish heritage. Born to parents Irfan and Ayten, he grew up around people from many different backgrounds and felt the unifying effect of football in his youth.

“It was not just about sport, but socialising,” he told Arab News in 2018. “In Gelsenkirchen, we had Arabs, Turks, Polish and Germans, so it was a mix of people from different origins. Football was the possibility to achieve something. It united us all.

“Football is not about where you are from, what religion you are, it’s about having fun together, competing together and supporting each other. That made it really easy for myself growing up.” Gundogan has frequently used his social media platforms to raise awareness for UNHCR campaigns, including the organisation’s winter awareness push and aiming higher initiative.