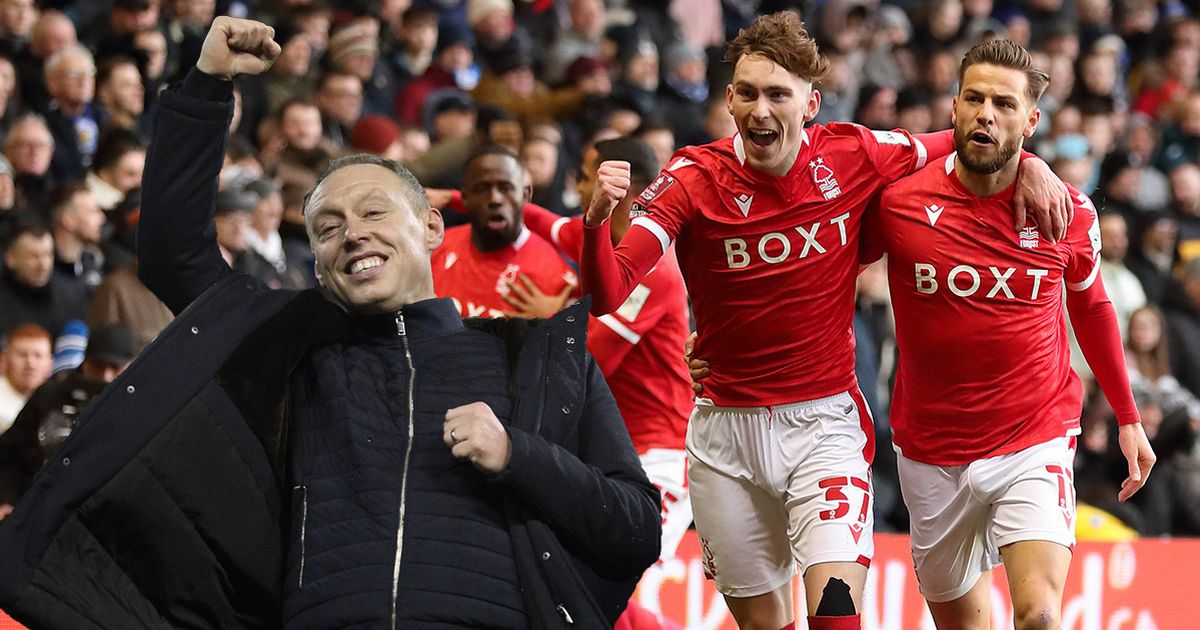 In the space of less than five months Cooper has transformed Forest from a bottom-of-the-table side to fighting for the play-offs, and has knocked both Arsenal and Leicester out of the FA Cup

Steve Cooper has transformed Nottingham Forest since his appointment in September, from relegation fodder to promotion contenders

There have been plenty of false dawns at Nottingham Forest over the past two decades.

The two-time European Cup winners have fallen on hard times since their most recent exit from the top flight of English football 23 years ago.

After the inauguration of the Premier League, Forest suffered three relegations in the space of just seven seasons. They were the original yo-yo club before West Brom, Watford and Norwich took over that unwanted mantle.

But the last of those Forest demotions was in 1999. They haven’t dined at the top table since, and the last time they reached the Championship play-offs was 2011.

Can Steve Cooper lead Forest back into the Premier League? Let us know in the comments

Aside from a final day collapse two years ago when they missed out on a play-off spot, the past decade has offered precious little in terms of genuine promotion aspirations, with the club largely treading the water of the River Trent for most of that time.

But something feels different with Steve Cooper at the helm.

Forest regulars claim it is right up there in terms of performances and atmosphere that the grand old stadium has seen in a long time.

When Cooper was appointed Forest had just a solitary point from their opening seven league games.

The Chris Hughton experiment had failed miserably and so Forest turned to a man who had led Swansea to back-to-back play-off campaigns.

Forest are sitting just outside the Championship play-off spots, having been bottom when Steve Cooper was appointed

With effectively the same bunch of players, Cooper managed to coax more out of the group and a superb run of form followed.

A tweak to the system, with three central defenders and wing-backs deployed, resulted in an outstanding sequence of results that saw them lose just one of Cooper’s first 16 league games.

That was enough to move Forest to the cusp of the top six spots prior to Christmas.

The New Year would then bring with it the chance for a refresh. The January window came at an important time, with Cooper given the backing to undertake a mini-revamp on the squad.

Five players arrived with Steve Cook adding a huge dollop of experience in defence and Keinan Davis offering something different up front. The form of loan trio Djed Spence, James Garner and Philip Zinckernagel over the past few months must also earn a worthy mention.

After a superb run of form in the league, the start of 2022 saw a proper acid test present itself with a visit from Arsenal in the FA Cup.

But Cooper’s side belied the supposed gulf in class between the two and they duly posted a thoroughly deserved victory against the Gunners.

They followed that up with Sunday’s evisceration of Leicester to prove that it was no fluke. Cooper’s side dominated the competition holders to send a message out not only to sides in the Championship, but ones the division above too.

Ex-Forest player-turned-media personality Stan Collymore said after Sunday’s game that the “stardust” is back at the City Ground.

Long-suffering supporters would agree with their former striker – and they would all no doubt concur that Cooper is the magician responsible for that.