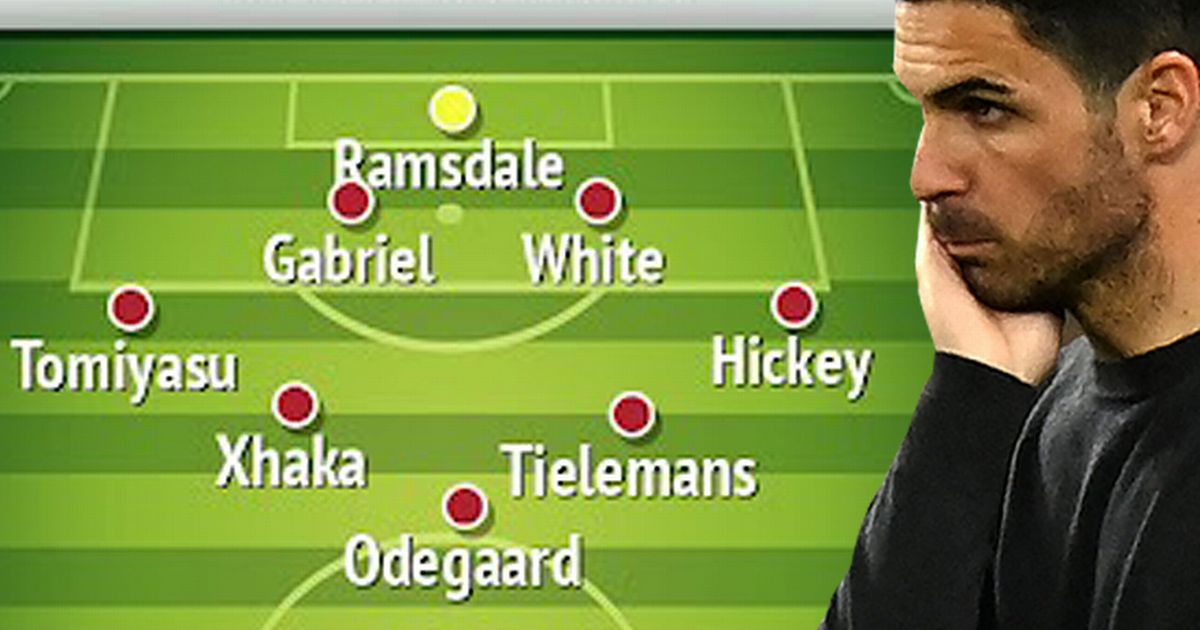 As things stand, Arsenal are just two games away from securing Champions League football and were they to secure fourth spot – the calibre of player they could then attract would undeniably increase.

There were plenty of question marks surrounding the signings that were made last summer, but at least four of the six additions have since silenced their critics by becoming vital cogs in Mikel Arteta’s machine. The likes of Martin Odegaard, Aaron Ramsdale, Benjamin White and Takehiro Tomiyasu have all helped guide Arsenal to the position they are currently in.

However, for all of the positives that the Gunners faithful can take from this term – there are still glaring flaws that need to be addressed. The Arsenal frontline has been a regular source of struggle for Arteta’s side, especially after allowing the departure of former talisman Pierre-Emerick Aubameyang in January.

Current forwards Alexandre Lacazette and Eddie Nketiah are both out of contract in the summer and while the club are working tirelessly to tie the latter down to a new deal, exits for both are expected. Hence the efforts to sign Gabriel Jesus from Manchester City.

The Brazilian is reportedly ‘on board’ with Arteta’s project at the Emirates and can see himself playing an integral role in the Spaniard’s plans. The two are already familiar with each other’s work from their shared time at the Etihad together while Arteta was an assistant to Pep Guardiola.

Arsenal are thought to be the frontrunners for his signature, with Jesus’ agent Marcelo Pettinati admitting: “We had talks with Arsenal about Gabriel Jesus, we like the project – it’s a possibility we’re discussing. There are six more clubs interested in Gabriel – he’s focused on final games with Man City, we’ll see.”

Gabriel Jesus is a primary target for Arsenal this summer
(

HAVE YOUR SAY! Would Gabriel Jesus be a successful signing for Arsenal? Comment below

Jesus is not the only player the Gunners are keeping tabs on this summer, with Arsenal set to raid Serie A outfit Bologna for another full-back of theirs. Not content with prying Tomiyasu away from them, Arteta now wants Aaron Hickey to up sticks to North London as well.

The £17million-rated Scottish defender is wanted by plenty of clubs but Arsenal are confident they can persuade Hickey to join former teammate Tomiyasu in North London. The left-back would be playing deputy to his fellow countryman Kieran Tierney with a view to dislodging him eventually.

Ex-Gunners left-back Nigel Winterburn has high hopes for Hickey should a deal eventually materialise. “One of his old managers suggest he’s a bit like Philipp Lahm, so if he is then it would be a great addition to the squad,” the Arsenal legend told FreeSuperTips. “He’s only 19 so it’s a young age, but he’s had a lot of experience already which is incredible.”

Elsewhere, midfield could be viewed as a problem area for Arteta’s side given Thomas Partey’s persistent injury struggles since joining in September of 2020.

Though they boast contrasting playing styles. Leicester’s Youri Tielemans has emerged as one of Arteta’s preferred targets and the Belgian has made little secret of his willingness to explore other options outside of the King Power.

The former Anderlecht star is in a similar situation to Jesus where his contract also expires in the summer of 2023. In turn, the Foxes know this summer marks their last chance to generate any kind of real cash for Tielemans’ services.

In this article:Arsenal, Champions League, Featured, Manchester City, Serie A