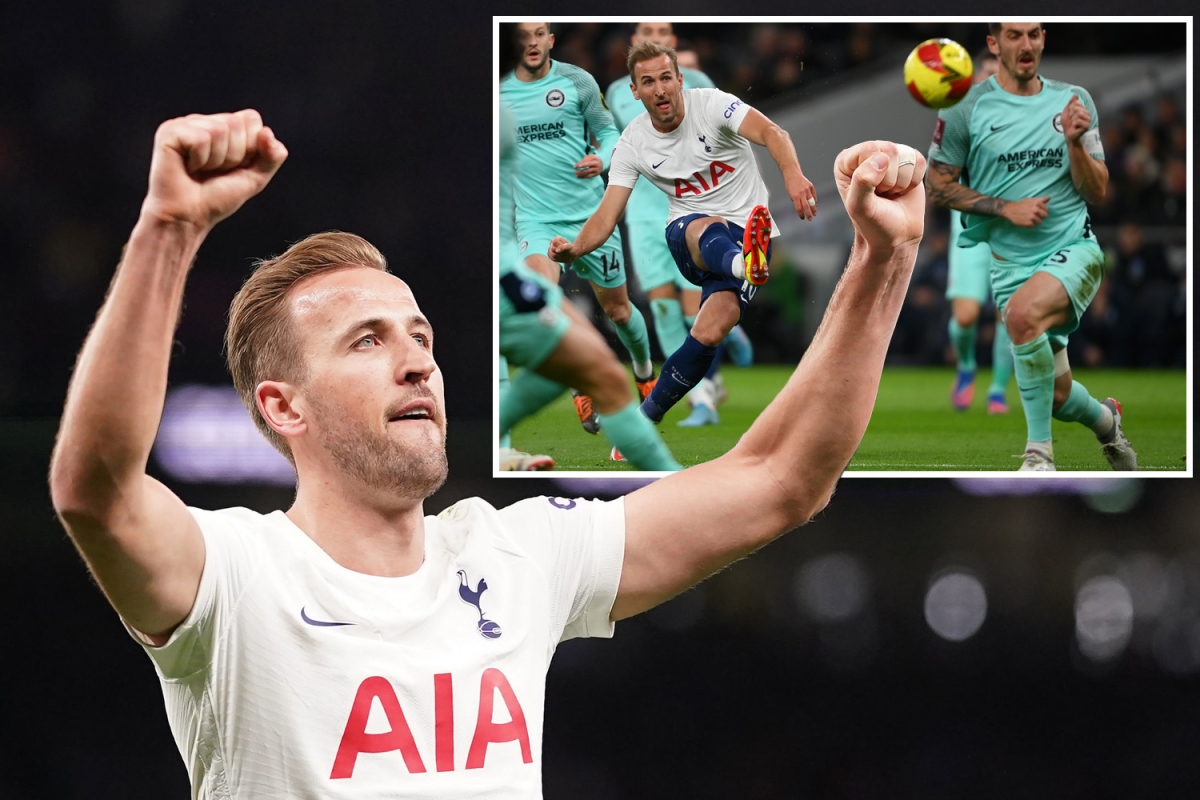 Tottenham booked their fifth round place thanks to a Harry Kane double.

Seagulls boss Graham Potter would have been unhappy at seeing his cup hopes disappear – but he should not have been surprised when he saw the little Italian fella standing in the opposite technical area.

Conte has never lost an FA Cup tie away from Wembley having led Chelsea to the Final in both of his two seasons in charge.

His Blues lost to Arsenal in 2017 before returning the following year to beat Manchester United 1-0.

Taking Tottenham back there this time is a far tougher task as they look to end a trophy drought that has now lasted 14 years.

But they edged closer with a victory that was far closer than the scoreline suggests.

Both managers made five changes to their starting line-ups.

Brighton skipper Lewis Dunk made his first start after more than two months out with a knee injury and he was dumped on his backside by team-mate Marc Cucurella as they both went for the same ball in the 10th minute.

Albion keeper Robert Sanchez almost gifted Kane a goal with a fluffed clearance. But moments later the Spanish stopper was picking the ball out his net after the England captain curled a shot past him from outside the box.

Tottenham’s second goal had more of a touch of the hocus pocus about it as Emerson Royal’s attempted cross took a wicked deflection off Solly March and dipped into the net from the acutest of angles.

The Brazilian full-back tried to claim he had done a Marco van Basten but the goal was rightly credited as own goal by March.

Kane should have added another before the break but instead he chipped to Son Heung-min who was offside.

The striker also forced a fine stop out of Sanchez with a low drive.

Albion, as you would expect, played some lovely football, and might have even gone in at half-time level had Neal Maupay and Jakub Moder not been so wasteful in front of goal.

Moder blazed another shot over the bar after the break as the visitors tried to get a foothold back in the game.

Spurs keeper Hugo Lloris then pulled off a brilliant one-handed save to keep out a shot from the impressive Yves Bissouma after it had taken a deflection off Cristian Romero.

With the Seagulls threatening a comeback, Son should have put the game to bed. But after being played in by Kane, he shot tamely at Sanchez.

Lloris then had to scramble across his goal again to punch away a Pascal Gross corner as Spurs defended and deeper and deeper.

But there was little the France No1 could do when the inevitable happened and Brighton pulled a goal back when Bissouma this time got the rub of the green as his 63rd minute shot went in off Pierre-Emile Hojbjerg.

But the arrears were not reduced for long enough as just three minutes Kane slid in his second of the night from just a yard or two out after Albion defender Adam Webster made a mess of trying to stop Son’s brilliant solo run.

It was Kane’s 25th goal of the season for club and country.

Last summer’s antics – when he tried and failed to engineer a move to Manchester City and his early season loss of form now seem an awfully long time ago.

And fellow sub Steven Bergwijn should have added another, but he blazed over the bar after good work from Kulusevski.

The Spurs boss was surprised his club let four players to depart before the window closed.

But the Seagulls’ exit is one he will be pleased with.