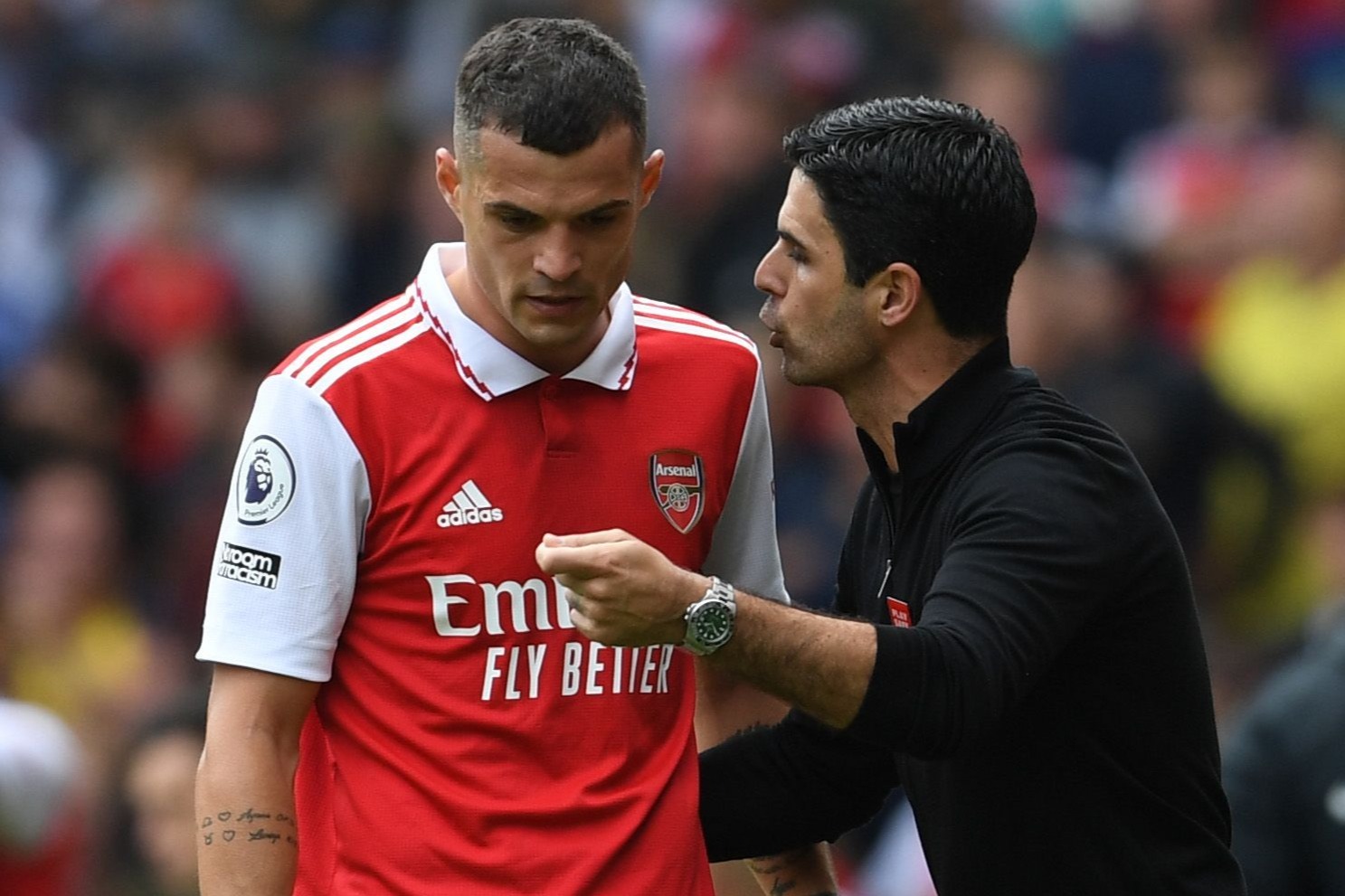 GRANIT XHAKA hailed “very special” Arsenal boss Mikel Arteta and his tactical plan for every letter of the alphabet.

Arteta has transformed the club from top to bottom since taking charge in December 2019.

The Gunners now sit five points clear at the top of the Prem with a game in hand on second-placed Manchester City.

And midfielder Xhaka said: “I’ve had many coaches in my career but never one like Arteta.

“He seems like he is focused only on football 24 hours a day.

“But he’s not only top tactically, he’s also top as a person. He is something very special.”

Some fans were calling for Arteta’s head after Arsenal lost their first three Prem games last season and eventually blew a Champions League spot — even though he won the FA Cup in his first season in charge.

But now the club are chasing their first title since Arsene Wenger’s 2004 Invincibles.

Xhaka, who has also turned around his Arsenal career after being on the verge of quitting following his bust-up with the fans in 2019, added: “This is his first-ever stint as head coach.

“Some people were already at the end of their patience.

“But now you see what can happen when you give a coach time.”

Arteta persuaded Xhaka, 30, to stay at Arsenal after previous boss Unai Emery had stripped him of the captaincy following the fans’ backlash.

And a fitter, leaner Xhaka has been one of the Gunners’ most consistent players this season.

He has scored three Prem goals, adding five assists — and gave another fine performance in Sunday’s 3-2 win over Manchester United.

This after Arteta changed the Swiss star’s role in his team, giving him a licence to roam.

Arteta, 40, revealed: “I spoke to him at the end of the season and said, ‘I need to unlock something in your brain.

“‘You’re so comfortable and confident playing in this area, you have forgotten that, actually, what is going to win us the game is here.

“‘The team now demands somebody here, so unless you unlock that I’m going to have to do something about it’.

“He took it straight away. He’s a very intelligent player.

“He knew to take the team to a different level we had to change his role.”