SERGE GNABRY has sent out a chilling warning to England — that he is aiming to dish out another dose of capital punishment on Tuesday.

The Germany winger has struck six goals on his last two appearances in London and is eager to continue his hot streak against the Three Lions at Wembley.

Bayern Munich ace Gnabry scored four in a 7-2 thrashing of Tottenham back in 2019 and followed that up with a double to help see off Chelsea five months later.

Now he is aiming to be the main man for Germany in the big last-16 clash and send England packing from the Euros.

Gnabry, 25, said: “Whenever I came back to London, to England — and hopefully it will go the same way for me on Tuesday — I score.

“Every time I’m in London, I loved playing and felt comfortable. Scoring goals there is amazing. There’s always a lot of history involved.”

The former Arsenal star added: “I still have lots of friends who hopefully will be at the stadium, which is why I also look forward to playing.”

Having struggled to establish himself at the Gunners because of injuries — and flopping badly on loan at West Brom — Gnabry has taken his game to a different level at Bayern.

And he is likely to be leading the line for Joachim Low’s side despite failing to hit the back of the net so far during the tournament.

He admits it is not a feeling he is used to and is aiming to break his duck against Gareth Southgate’s side.

Gnabry added: “To be up front as one of Germany’s forwards, and not having scored, is absolutely nothing that I like.

“It is not my wish to sit here and not have scored a goal yet. I play a different role here. I have to be more patient — this is new to me.

“My only option is to go on waiting for my chance to come and hopefully I will score against England.”

Having not conceded so far during the Euros, England go into the match confident they are a tough nut to crack — but they also expect to come up against a familiar foe.

Thomas Muller was in the Germany side that beat England at the 2010 World Cup and has been a player who has been a thorn in the side of many an English club side throughout his career.

Muller, 31, has overcome a knee problem and is almost certain to start — and he admits he loves the idea of getting into England’s heads.

The Bayern forward said: “If the English really do feel a ‘threat’, then I would love that to be true.

“But it really depends on what I’m doing on the pitch and less on the common history that England and Germany share.

“It’s a beautiful thing for the media and public. You can always talk about the past and revel in memories but it really doesn’t have anything to do with the game on Tuesday.

“We’re looking forward to facing England, a big player in international football, always with ambitions to achieve something at a tournament.

“As far as the sporting situation is concerned, both teams have had convincing games at the group stage.

“But at the same time, they were matches that many people back home felt were a bit underwhelming.

“England, for example, had a mere goalless draw against Scotland, whereas Germany would have wanted to achieve more than a 2-2 draw against Hungary.

“But Tuesday night will be totally different. It’s a knockout game, two teams will face each other that both have excellent individual players with a lot of quality.

“And both teams have the right level of self-confidence to say, ‘We’re going to proceed to the next round’.”

Striker Harry Kane’s lack of form has caught the eye in Germany — and Muller is desperate for the conversation over the England’s captain’s form to go on long after Tuesday’s game.

He added: “In principle, really good forwards need to have patience. In their heart of hearts, of course, they are impatient. But any good forward has to lie in wait for his own chance to score to come around.

“Sometimes, goalscorers are the ones with the fewest contacts, but then they have the biggest pictures the next day in the papers.

“Harry Kane is somebody who knows deep down that he possibly has to change his own game a little bit.

“I’m not really sure what is at the root of his problem. I can’t really say why he just hasn’t got into a position to score because there haven’t been any changes, have there, in terms of his technique and in terms of his goalscoring ability.

“But as a German player I wouldn’t really mind if that debate was carried on until Wednesday and if we didn’t concede a goal scored by Harry Kane.” 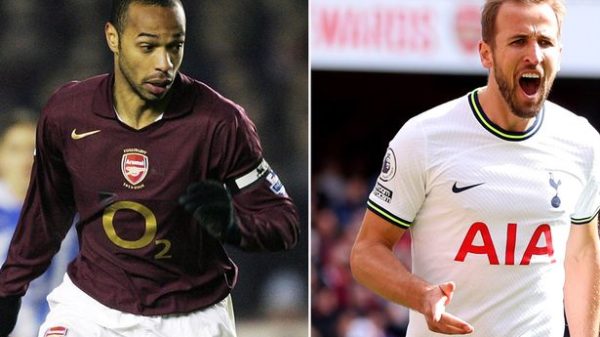 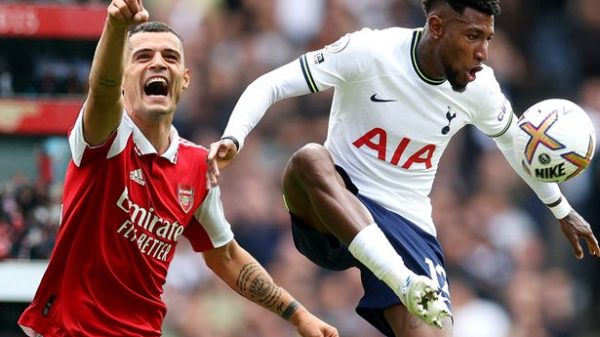 It was a memorable afternoon for the Gunners as they ran out 3-1 winners against fierce rivals Tottenham at the Emirates with a win... 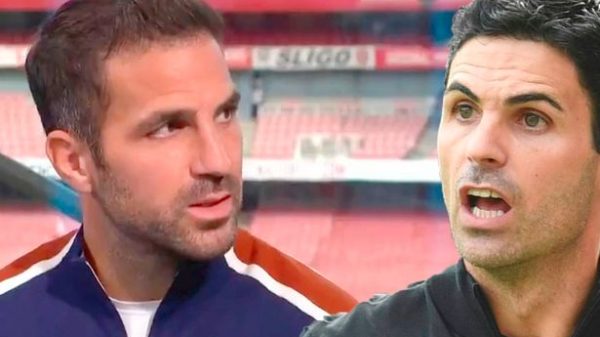