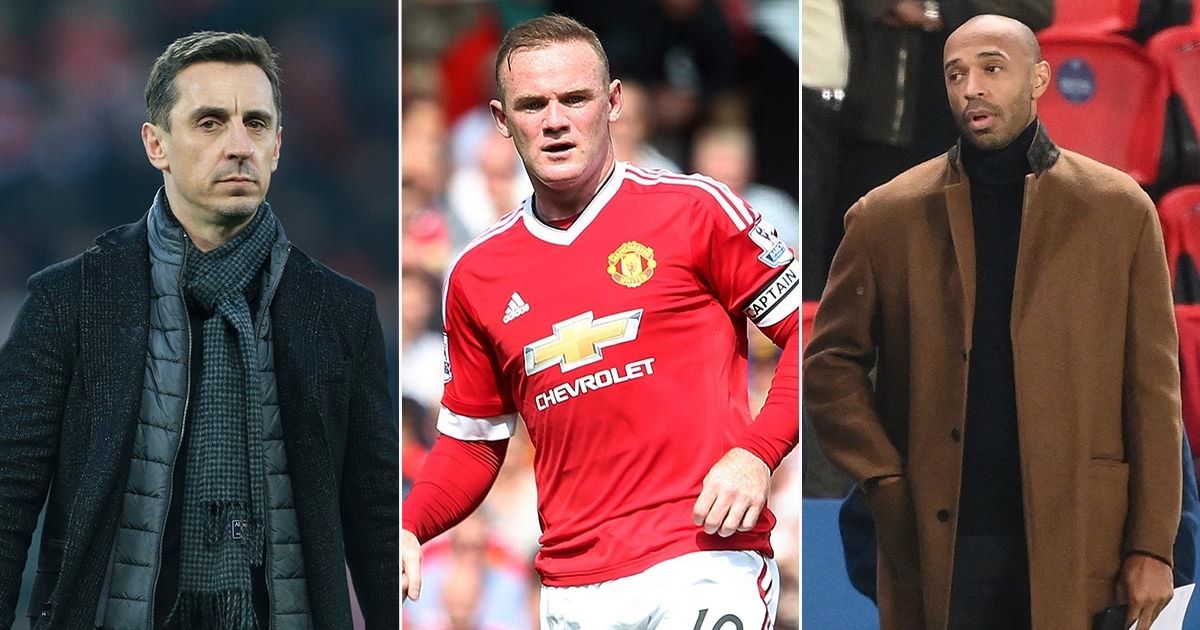 Manchester United legend Wayne Rooney burst on to the scene as a 16-year-old in October 2002, scoring a stunning goal on Premier League debut for Everton against Arsenal

Gary Neville and Thierry Henry have revealed how Wayne Rooney wowed them both as a teenager two decades ago.

At the time, Rooney was just emerging at Everton and was yet to become a Manchester United legend, winning five Premier League titles under Sir Alex Ferguson.

“I played against him as a 16-year-old in a reserve team game,” said Neville in Amazon’s new documentary about Rooney, which is released on Friday, February 11.

“He booted me and [fellow United defender] David May, I couldn’t believe it. I knew he was a dirty little b*****d.

“He played like he was a street kid from the minute he came into Everton.

Was Wayne Rooney the greatest English player of his generation? Let us know in the comments below!

“And you align that with his incredible talent and that’s why he was so special.”

Rooney’s Premier League debut for Everton is widely regarded as one of the greatest in history. The 16-year-old scored a long-range screamer to give the Toffees a 2-1 win against Arsenal in October 2002.

The Gunners were the reigning champions at the time and hadn’t lost for 30 games.

“At that age, Rooney is already a complete footballer. The guy can play. He’s the best English under-20 I’ve seen since I came here [in 1996].

“He can play people in, he’s clever and a natural, built like a [Paul] Gascoigne with his low centre of gravity. And he can dribble – I like strikers who can dribble.”

Remembering the game in Amazon’s documentary, Henry said: “People were talking in the game, ‘There’s a young kid at Everton, he scores goals, he has the body of a man…’

“Sometimes when you catch eyes with players, straight away you know what they are about. You looked at him and you knew he wanted to destroy everything in front of him.”

Rooney is now the manager of Derby County
(

After helping England reach the quarter-finals of Euro 2004, he was snapped up by Man Utd and went on to become the club’s record scorer, finding the back of the net 235 times.

Discussing his Everton debut and subsequent move to Man Utd, Rooney said told the Premier League in 2018: “I was always confident.

“At the time, at 16, I remember looking around the Everton first team and knowing I was the best player. I felt that.

“I knew deep down that for me to further my career I would have to go somewhere else.”