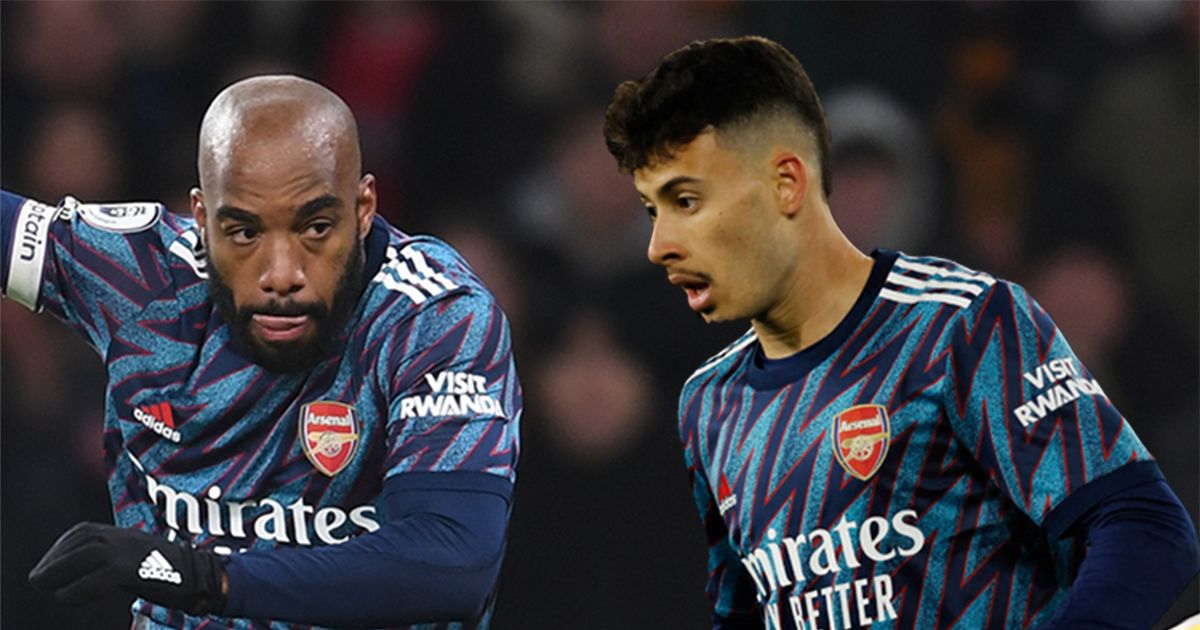 Gabriel Martinelli’s petulant, albeit harsh, red card against Wolves might have been coming as he was visibly frustrated at times, including towards his own Arsenal teammates.

Arsenal have almost done a full 180 as their struggles in front of goal linger this season.

The Gunners were renowned for their blistering attack over the years, while their defence would continually let them down.

Now, it’s the complete opposite.

The summer signings of Ben White, Aaron Ramsdale and Takehiro Tomiaysu have added some steel to Mikel Arteta’s side and all of a sudden, they are one of the hardest teams to break down.

That was on display on Thursday night at Molineux as Arsenal secured a battling 1-0 win, finishing the game with ten men after Gabriel Martinelli was sent off.

The Gunners’ frailties in attack almost cost them, however, as they failed to put the game to bed.

Will Arsenal regret not signing a striker in January? Comment below.

Alexandre Lacazette is continuing to lead the line and his work ethic and his hold-up play cannot be faulted, but there is no denying there are limitations to his game.

It was another match without a goal for the Frenchman, whose Premier League tally this season remains at just three.

Lacazette missed several chances throughout the night, but the worst of them all was when he skewed a one-on-one with a glorious chance to make it 2-0 and secure the points shortly after Martinelli’s dismissal.

This miss was so poor that Lacazette himself felt compelled to apologise for it on social media after the match.

“Disappointed,” the Frenchman said. “I know I should score that one, gonna keep working to be back!!”

The Brazilian’s petulant, albeit harsh, red card might have been coming as he was visibly frustrated at times, including towards his own teammates.

On one occasion during the first half, Martinelli went on a mazy run from his own half into Wolves’ territory, dragging as many as five defenders along with him.

Martinelli had very few options but played the ball where he was expecting Lacazette to be, but the Frenchman’s lack of mobility meant that he was nowhere near it, prompting an angry reaction from the youngster.

Arsenal failed to secure a striker in January, a costly decision given the Gunners are in touching distance of a top-four finish.

Sporting director Edu couldn’t do much about missing out on Dusan Valhovic, who joined Juventus, but it seems criminal they didn’t even bring in a short-term solution to tide them over until the end of the season.

Pierre-Emerick Aubameyang’s exit is a clear indication that they’re willing to sacrifice short-term success for their long-term gain, but it’s a shame they couldn’t have capitalised on the opportunity that has been presented to them.

Lacazette and Eddie Nkeitah, who are both out of contract at the end of the season, are the only recognised no.9s at the club and it’s difficult to see how those options can match the firepower of Tottenham and Manchester United.