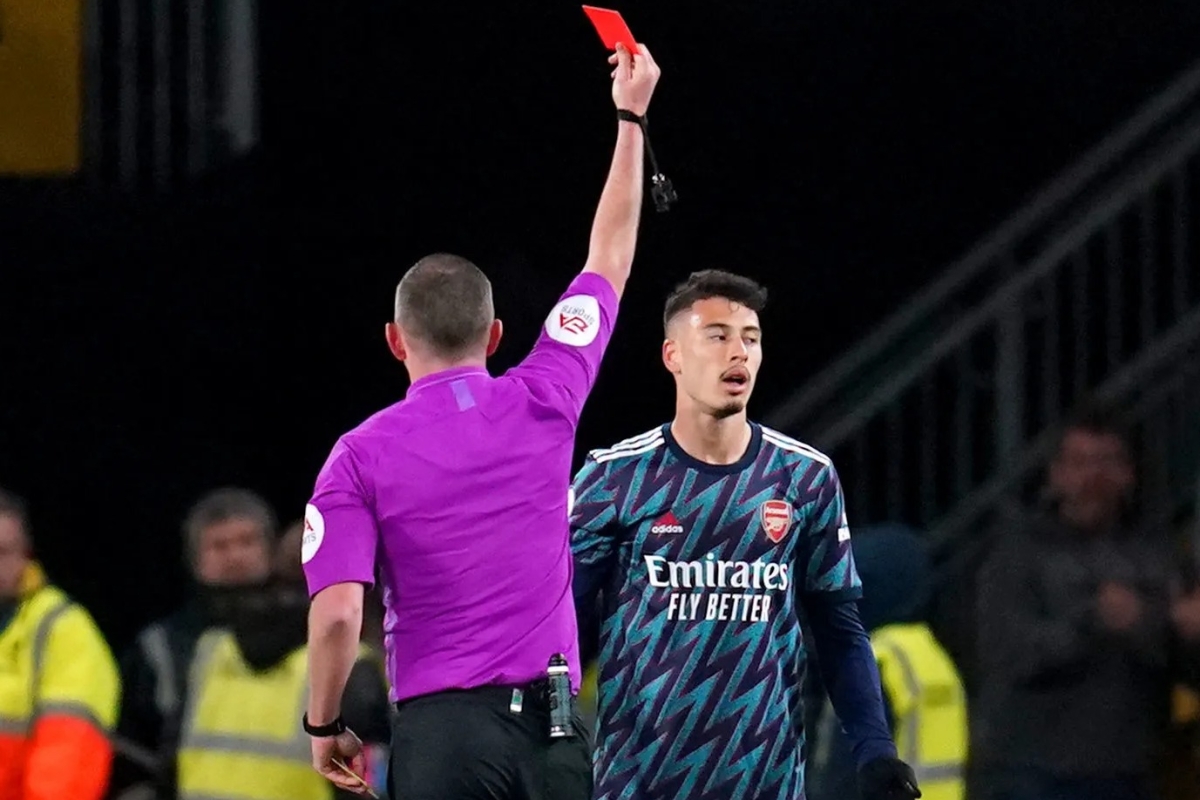 The Arsenal forward was initially yellow carded for pushing Daniel Podence as he was taking a throw-in.

Referee Michael Oliver was correct in law to issue two cautions at the same time for two fouls but I believe he should have used common sense.

If Oliver wanted to caution Martinelli for the first offence he should have stopped the game there and then.

It’s very rare to see an incident like this but Oliver went looking for trouble and found it.

“I have never seen that in my career. The rules can say it’s possible, but you [the ref] have to be very willing to do it.

“We put ourselves in trouble with the red card and we had to dig in.

“We have to play with 11 players for the last 16 games, to win games in the Premier League is hard enough, to win them with 10 is very unlikely.”