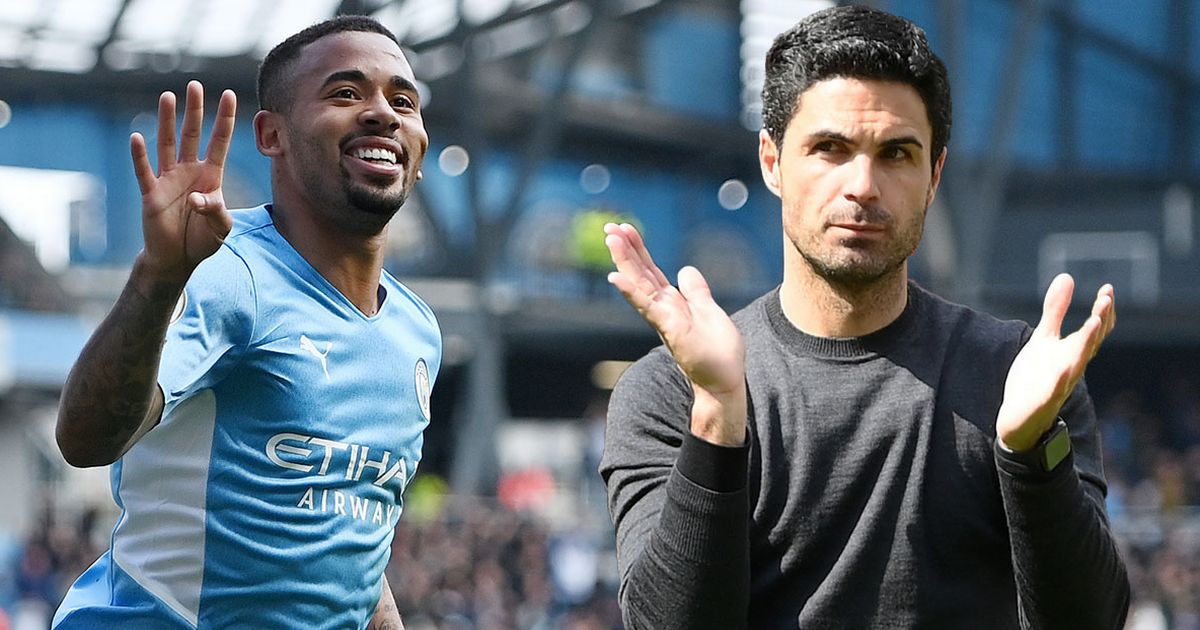 The Manchester City striker is poised to complete his switch from the Etihad to the Emirates, as Mikel Arteta lands his No.1 centre-forward target this summer

Gabriel Jesus is set to complete his move to Arsenal after agreeing terms on a five-year deal at the Emirates.

The Gunners reached an agreement with Manchester City on Friday night to sign the Brazilian for an initial £45million. Jesus, 25, has been Mikel Arteta’s No.1 striker target this summer as he seeks to add more firepower following the January exit of Pierre-Emerick Aubameyang and Alexandre Lacazette’s departure following the end of his contract.

Jesus, who had a year left on his City contract, had also been interesting Chelsea and Tottenham Hotspur during the current transfer window. But he has elected to forego Champions League football to become the new focal point of Arsenal’s attack.

Jesus, who has scored 58 goals in 159 Premier League matches, as well as winning the title four times since moving to the Etihad in 2016 in a £27million deal from Palmeiras, will become Arsenal ’s fourth summer signing. Deals for his compatriot Marquinhos, goalkeeper Matt Turner and Portuguese midfielder Fabio Vieira have already been signed off.

Jesus’ move to North London sees him reunite with Arteta, having worked together previously when the Spaniard operate as assistant manager to Pep Guardiola at City.

It is Arteta and the club’s technical director, Edu – with whom Jesus also has a relationship from his previous role with the Brazil national team – who have been integral in persuading the striker to move to London now, rather than waiting until the end of his City deal next summer when he would have likely had more offers, particularly from abroad, on the table as a free agent.

In all Jesus scored 95 goals in 236 appearances for City, but was never really able to prove to Guardiola that he should be the main man in attack, even after Sergio Aguero’s departure. The impending arrivals of Erling Haaland and Julian Alvarez were set to see him drop further down the pecking order.

Arteta and Edu will now turn their attention to his international teammate, Leeds United’s Raphinha, as they look to further strengthen Arsenal’s squad ahead of the 2022-23 Premier League season.

Arsenal begin their campaign away to Crystal Palace on August 5.