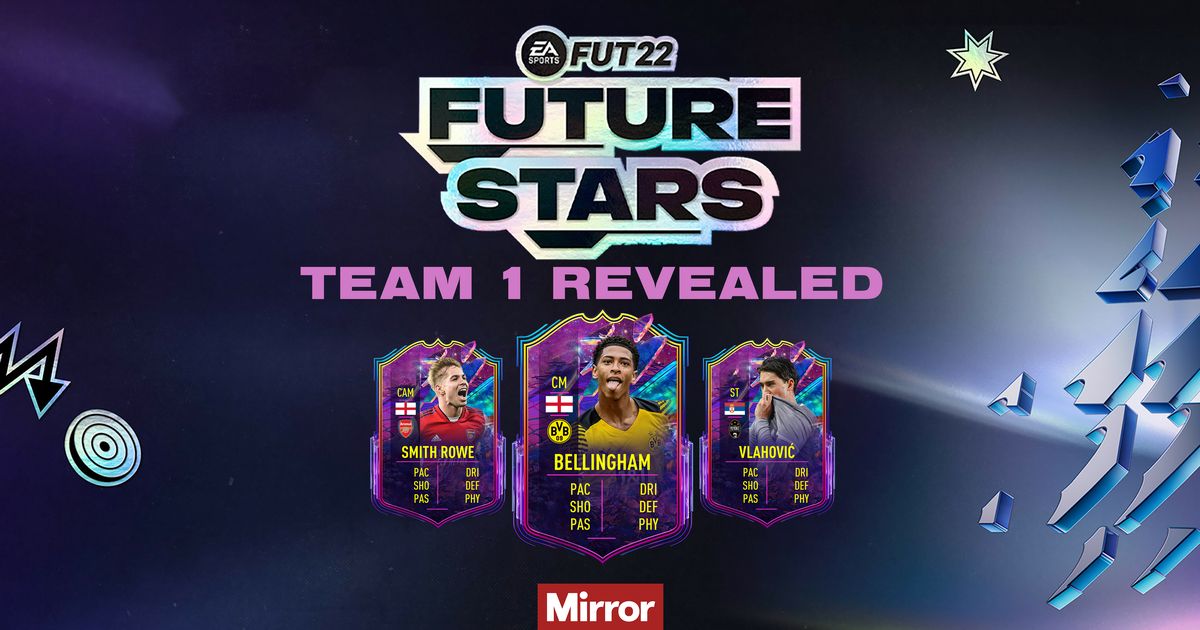 The FIFA 22 Ultimate Team Future Stars promo is officially underway, with the Future Stars Team 1 being available in FIFA 22 from Friday, February 4, 2022 at 18:00 PM GMT.

Check out the full FIFA 22 Future Stars Team 1 below.

The Future Stars Ultimate Team promo first launched in FIFA 19, with EA Sports celebrating the world’s best young players by awarding them with FUT player items that represent what they could become, should they fulfil their potential.

To be eligible for a FUT Future Stars item, players need to be aged 23 or under and to have not been featured in a previous Future Stars promo.

Here is a full summary of the FIFA 22 Future Stars swaps program and the rewards associated with it.

“Progress towards signing your first Future Stars player during Team of the Year with the new Future Stars Swaps program, starting now in FIFA 22 Ultimate Team ahead of the launch of Future Stars this Friday, February 4th!”

“From the final week of TOTY which starts on Sunday, Jan 30 until the end of the upcoming Future Stars campaign, you will have the opportunity to earn up to 28 Future Stars Swaps tokens,” Said EA Sports on their official website.

“Future Stars Swaps tokens will mostly be made available across various Squad Building Challenges and Objectives. In addition, one token will be available within Squad Battles and another will be offered in a pack in the FUT Store during the Future Stars campaign.

“You can swap Future Stars Tokens for rewards via the corresponding SBCs starting Friday, February 11 at 6pm UTC until February 25 at 6pm UTC. Each reward can only be redeemed once.”