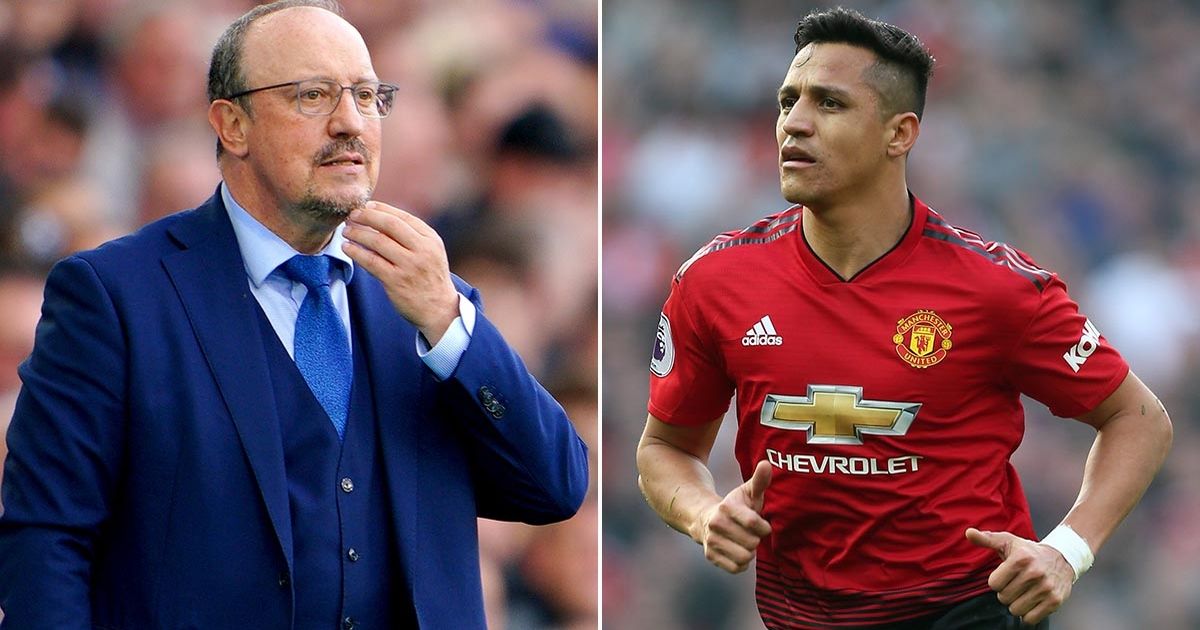 Everton have been offered the chance to sign Inter Milan star Alexis Sanchez, according to reports.

The Chile international, 33, has proven Premier League pedigree after three-and-a-half stunning years at Arsenal, scoring 80 goals in all competitions.

He struggled at Manchester United, however, finding the back of the net just five times during 18 underwhelming months at Old Trafford.

Sanchez was offloaded to Inter in the summer of 2019 and, although he won Serie A last season, is yet to rediscover the form that saw him twice named Arsenal’s Player of the Year.

He still has 18 months remaining on his current deal but the Italian champions are, according to the Sun, willing to let him leave the club on a free transfer.

Would Alexis Sanchez be a good signing for Everton? Let us know in the comments below!

Despite the player’s recent woes, he could prove to be a decent bit of business for Everton due to their troubling situation.

Rafa Benitez’s struggling side, who are currently 15th in the Premier League, are unable to spend big due to financial fair play.

The Toffees have wasted vast amounts of money in recent years on the likes of Fabian Delph, Alex Iwobi and Cenk Tosun.

Everton are also reportedly at risk of losing star players Dominic Calvert-Lewin and Richarlison to rival clubs in January.

England international Calvert-Lewin is the most likely to leave Goodison Park, with Arsenal thought to be keen on signing him.

“Arsenal need to go out and buy Calvert-Lewin and put in a massive bid for him,” said Sky Sports pundit and Gunners icon Paul Merson in December.

“They need a focal point up front who is good and strong… he can’t stay at Everton. Are they bigger Arsenal? Tell me a reason they are bigger club than Arsenal?”

Everton are also considering a move for New York City star Valentin ‘Taty’ Castellanos, continues the report in The Sun.

The 23-year-old won the MLS Golden Boot last year with 19 goals and is reportedly available for around £14million – a fee Everton could afford if they sell Calvert-Lewin or Richarlison.

A move to Goodison Park is not the only option for Sanchez, who reportedly remains a loan target for cash-strapped Barcelona.

He was previously linked with Everton in October 2017, shortly before he completed his disastrous move to Man Utd.

Recalling his time at Old Trafford in September 2020, Sanchez said: “I want to tell you about my period at United, about many things that were said and that made me look bad.

“I got the opportunity to go to United and it seemed tempting to me. It was something nice for me, because, when I was a kid, I liked that club a lot.

“I ended up signing without much information about what was happening in the move. The first days that I was with my colleagues, sometimes there are things that you do not realise until you arrive.

“The first training I had I realised many things. I came home and I told my representative, ‘Can’t the contract be terminated to return to Arsenal?’

“They start laughing and I told them that something did not sit right with me. It [the contract] had already been signed.”