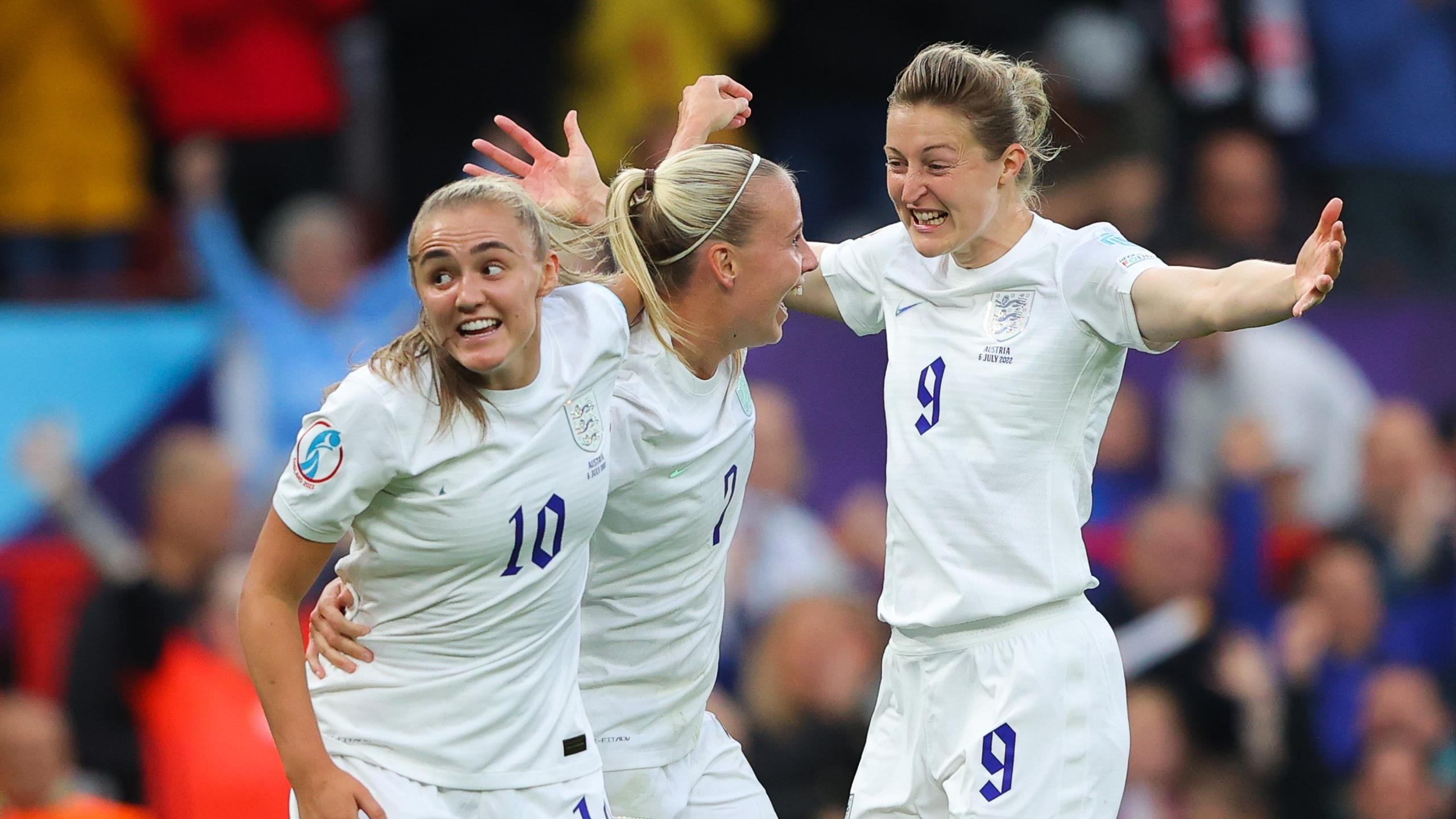 The Euros Is Go!

A continent waited in hope. A continent dared to dream. And then a continent got what it was praying for. Yes, the little car was back, bouncing over the Old Trafford turf to deliver to the referee who, for just one moment, appeared to be a giant.

We do apologise. That should be “the Trafford turf”. UEFA, in their infinite wisdom, have decided that the best way to distinguish Manchester United’s home ground from the Manchester City Academy Stadium is by focusing on the metropolitan borough. One of those solutions that makes perfect logical sense, yet would never have occurred to anybody outside the strange world of international football tournaments.

The strange, brilliant world of international football tournaments. In a way, all these little oddities are just as important to the tournament feeling as the hype and the history. Tournament football is football that’s been at the dressing-up box. “Old Trafford” hosts ordinary football matches, the kind that begin without a little car. And nobody that was at the game or watching on TV could mistake this for an ordinary game.

The crowd of 68,871 set a new record for the women’s Euros, one that will stand the test of time, or at least until the final at Wembley. The crowd were loud enough that England’s players, hopped up on victory and on Sweet Caroline, couldn’t hear Sarina Wiegman’s post-match debrief. Of course, maybe she was just encouraging England’s defenders to get a little more aggressive when marking at set pieces: “Hands! Touching hands! Reaching out!” Good managers make the best of whatever situation they find themselves in, and the “Hurting runs off my shoulders” line might come in handy if England ever need to get themselves up for extra time.

Long way to go until then, of course. In many ways this was a classic tournament opener: you could see the power of the occasion running through the hosts, in good and bad ways. England were up for it but also nervy, enterprising but a little frayed around the edges. Everybody sensible had spent the build-up saying “don’t underestimate Austria,” and they were all proved right. As Wiegman noted afterwards, “We didn’t keep the ball well enough. We scored a good goal and had some more chances. Overall I’m just happy. I’m not frustrated, I just think we can do better. After the first goal we had a huge chance, we have to be a little calmer in the final stage.”

But even when the team is a little uncalm, there’s Fran Kirby and there’s Beth Mead. The game’s one moment of transcendent quality came in the 16th minute, when Kirby clipped the ball over the top of Austria’s wonky backline and Mead met the pass with two touches of pure honey. A flying shoulder dab to control the thing, and then a perfectly weighted lob to take it up, over, and down again, just beyond the reach of Manuela Zinsberger and just past the goalline. It won’t win goal of the tournament, because somebody will smack one in from 30 yards. But if they decide to pull together a first touch of the tournament competition, it’s going to take some beating.

Raheem Sterling is 27 years old. In seven seasons at Manchester City he has scored 131 goals in 339 games, and never fewer than 10 in a season; in 2019-20 he scored a pretty remarkable 31. And, of course, he’s picked up four Premier Leagues, four League Cups, an FA Cup, and— huh, it says Champions League runner-up here. Is that right?

He’s pretty good, is what we’re saying. And at 27 he should have at least one more bumper contract of pretty goodness left in him. Yet after a month or so of gentle rumours, it was reported yesterday that he has agreed personal terms with Chelsea, that a fee of about £45m will be agreed in the next day or so, and that Sterling could be flying off to the USA with Chelsea this weekend.

All big transfers tell at least one story. From one angle, this stands as a frankly terrifying statement of intent and of strength from Manchester City. The team that finished first don’t need a player; the team that finished third could really do with him. Add Gabriel Jesus into the mix and that’s two players that have the potential to markedly improve their new clubs, neither of which could hold on to a starting place at City. The prospect of Chelsea-with-Sterling or Arsenal-with-Jesus does not appear to worry City in the slightest.

Another way of reading this is: we know, or at least we think we know, just how good a player City are getting in Erling Haaland. We can probably conclude that Julián Álvarez is a serious footballer as well.

Or perhaps this is more a question of canniness from Chelsea and Arsenal. Big clubs have talented squads, yet so far nobody is allowed to play more than 11 of them. City’s squad are all good enough to be starting for City, which means they’re definitely good enough to start for anybody else, which means all bar 11 of those players spends Saturday just a little bit annoyed at how things are going. Find that annoyance. Play on it a little. See how that goes.

And perhaps, in truth, the real story here is the reassertion of the Big Six. If Chelsea and Arsenal can make themselves stronger with players from City, but City don’t get any weaker, then it’s everybody else that will bear the consequences. It’s bad enough having a Big Six in the first place. Who knows what could happen when they all start working together.

Too Big For Hollywood

The first question that jumped to mind when we heard Cristiano Ronaldo wanted to leave Manchester United wasn’t actually a question, more a sort of morbid cackle. But then a question arrived: “Where?” Even with the suggestion that he’d take a pay cut, there’s only a handful of teams capable of winning the Champions League, and he didn’t seem a natural fit for any of them.

And now, one of the more plausible options have ruled themselves out. Oliver Kahn, CEO of Bayern Munich, has told Kicker that “much as I appreciate Cristiano Ronaldo as one of the greatest, a transfer would not fit into our philosophy.” Which is diplomatic speak for: keep that circus the hell away from our club, we’re trying to build an actual football team here.

And that’s the problem. Ronaldo is asking the elite of Europe if they fancy hosting him for a season or two while he rounds out his medal collection. And the elite of Europe, who are generally quite sensibly run these days, are asking themselves if it’s really worth tearing up all their medium- and long-term plans, and disrupting all those carefully balanced egos, to accommodate a footballer who scores goals but seems to make his teams just a little bit worse in the process.

We could be wrong. Chelsea could do something impulsive, Barcelona could do something completely bananas, and of course there’s PSG. There’s always PSG. But looking over the landscape of European football at the moment, there’s a strong possibility that the only big club twitchy enough, short-term enough, and straightforwardly daft enough to sign Ronaldo right now, is the one he’s currently trying to escape.

Today in “ooh, they’ve caught that nice” news, we’re off to the J-League. If you see a better late equaliser than this today, you’ll be having a very good day indeed.

July 7 – oh hey, that’s today – was a significant date in the life and career of Bobby Robson. Twice. It was on July 7, 1982, that he was appointed as manager of England, taking over from Ron Greenwood two days after England were eliminated from the World Cup at the second group stage. (Don’t ask.) Exactly eight years later he oversaw his last international as manager, the third-fourth playoff of Italia ’90.

A small confession. At 5:54, the graphics department put up Robson’s full name. And we were baffled, just for a second, until it clicked. Of course his first name was Robert.

Over to the Athletic today, where Pol Ballas has an interview with Spain’s Aitana Bonmati. An interview lent a slightly tragic edge by the fact that, just a few hours after it was completed, her Barcelona and Spain colleague Alexia Putellas sustained an injury to her knee that ruled her out of the tournament. But even before that news, Bonmati was keen to emphasise that club and country don’t just map on to each other.

“Most people think [Spain and Barcelona] are basically the same. But it’s not like that. It’s true we have a group of players that have achieved great things at club level, but we still have a lot to do at international level. We don’t have the same history there. The main core of the group is important, but it’s not just the same team or the same players. It’s difficult to compare.”

Day two of Euro 2022, and Northern Ireland get their campaign underway against Norway. And there’s some Europa Conference League qualifying as well, if you’re feeling adventurous.

After some consideration, the Warm-Up has decided that Cristiano Ronaldo does not fit with our philosophy. So it’ll be Andi Thomas again tomorrow.

Jesus, that’s a great signing from Arsenal – The Warm-Up