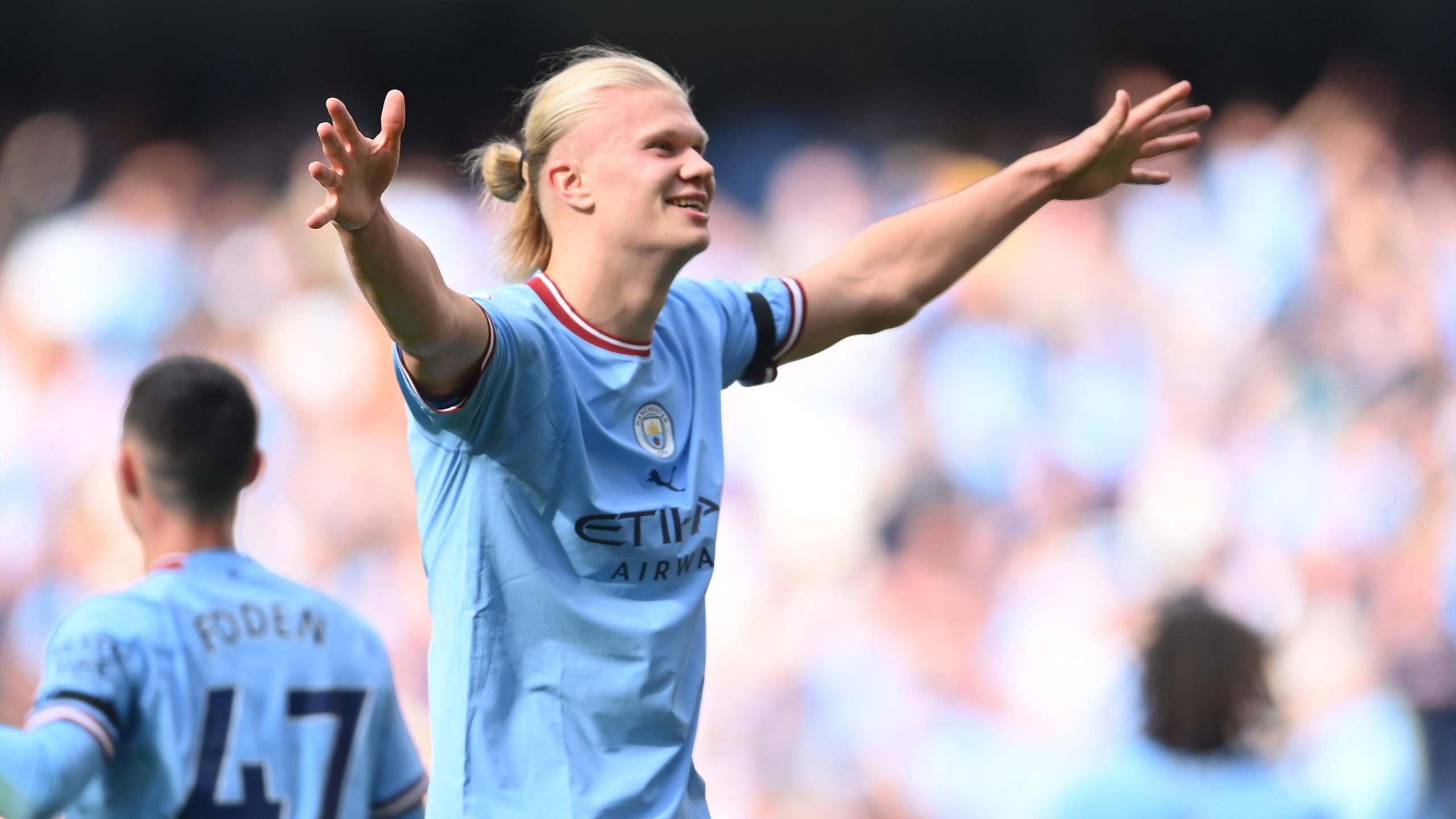 Another day, another record for Manchester City sensation Erling Haaland.

The Norway international and his City teammate Phil Foden netted a hat-trick apiece as Pep Guardiola’s side ruthlessly took apart Manchester United 6-3 in the Premier League on Sunday.

Man City are just the third side to have two hat-trick scorers in a single Premier League game after Arsenal v Southampton in May 2003 (Jermaine Pennant and Robert Pires) and Leicester v Southampton in October 2019 (Ayoze Perez and Jamie Vardy).

Remarkably, Haaland now has 17 goals in just 11 games for the Citizens.

After bagging trebles against Crystal Palace and Nottingham Forest in August, Haaland became the first player in Premier League history to score a hat-trick in three consecutive home games in the competition.

Haaland will undoubtedly have his eye on Andy Cole and Alan Shearer’s record of 34 goals in a single Premier League season – set in 1993-94 and 94-95 respectively when there were 42 league games.

He now needs 21 goals in 30 games to break that record.

Of course, Haaland has already broken a couple of records in England since his move from Borussia Dortmund in the summer.

His nine goals in his first five games were also a record and made him the top scorer in August of any Premier League season.

In Europe, he became the first player to score multiple times on his Champions League debut for three different clubs after goals against Sevilla and his former club Dortmund.

He now has 25 goals in the Champions League after just 20 games, breaking the former record of Ruud van Nistelrooy and Roberto Soldado, who scored 16 in their first 20 games.

He is also the youngest player to score 25 goals in Europe’s elite competition, beating the record of Kylian Mbappe.

Man City have a succession plan to follow me, says Guardiola