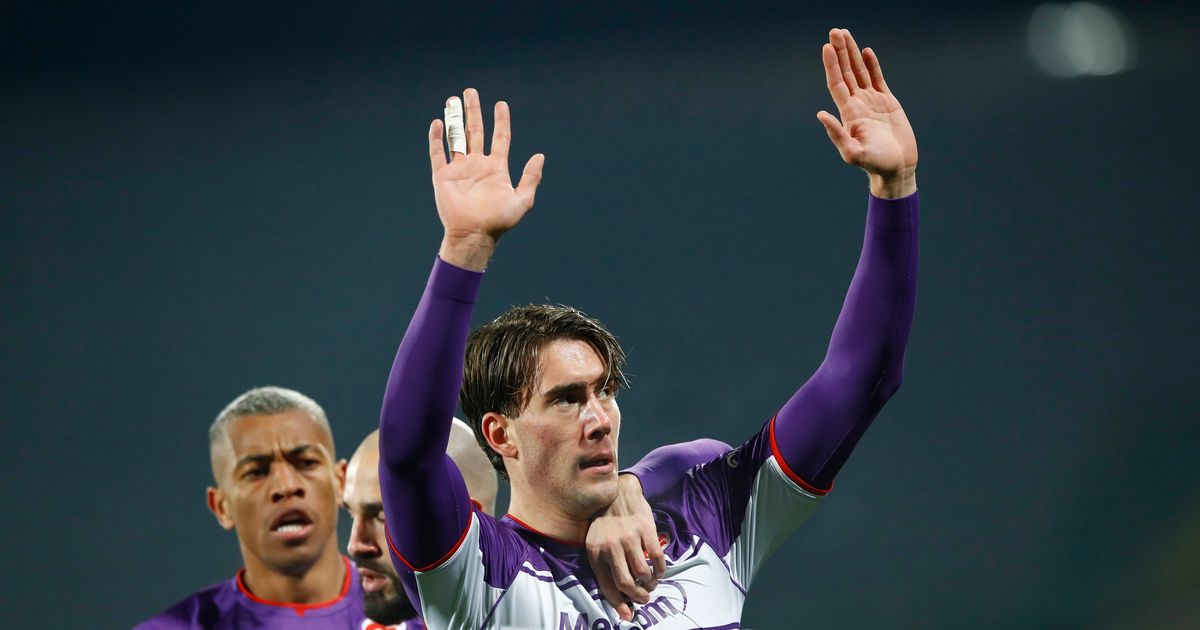 One big demand from Fiorentina striker Dusan Vlahovic is holding up his move to Arsenal.

The Gunners are desperate to land the Serbian forward during this month’s January transfer window to avoid a bidding war for the striker next summer.

But while Mikel Arteta’s side can meet three of his demands, there is one which could cause a problem.

It comes with Arsenal’s Carabao Cup semi-final tie with Liverpool on Thursday night still up in the air after the club had to postpone their weekend Premier League game with Tottenham as they could not even field ten players.

But the club have now been handed a fitness boost, and the latest squad update has been given by Mikel Arteta ahead of the big game.

Join the debate! Would Vlahovic be a good signing for Arsenal? Let us know what you think in the comments below.

Mikel Arteta has been given a fitness boost ahead of Thursday night’s Carabao Cup semi-final against Liverpool.

Martin Odegaard missed the first tie following a positive Covid test while the Arsenal boss has also had to deal with having the likes of Kieran Tierney, Calum Chambers, Bukayo Saka and Gabriel Magalhaes also sidelined through injury.

But Arteta should have plenty of options at his disposal for the clash despite the fact the Gunners had to request the postponement of last Sunday’s North London derby after their squad was ravaged by absences.

And that is because several stars could be fit enough to make a return as the club aims to book its place in the cup final.

The Carabao Cup tie against Liverpool is likely to go ahead despite Arsenal’s last game being postponed.

Gunners boss Arteta is said to be optimistic he will have enough players fit enough to play in the match.

The EFL’s rules are also slightly different to the Premier League’s which consider every registered player as being available.

Despite the club’s recent Covid outbreak, Thursday night’s game at the Emirates is expected to go ahead – on one condition.

Arsenal have made Serbian forward Dusan Vlahovic their top target this month, but there’s just one sticking point holding up the deal.

The club’s bid appears to meet Fiorentina’s valuation of the player, and the £300,000-per-week wage that the Gunners have put on the table also meets what Vlahovic is asking for.

The Gunners have also set aside a substantial agent’s fee for Vlahovic’s representatives which has put other sides off bidding for the forward.

Despite meeting all these requirements, though, there is one guarantee Mikel Arteta can’t make.