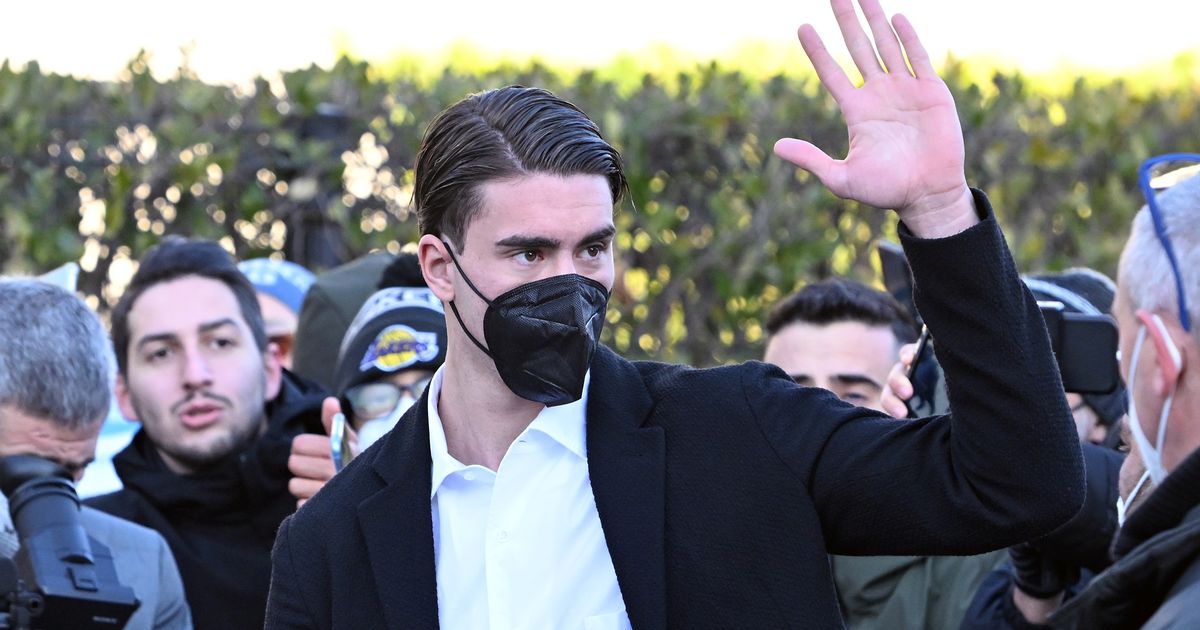 Dusan Vlahovic has spoken for the first time since rejecting interest from Arsenal and remaining in Serie A with Juventus.

The Serbian international was touted with a switch to the Emirates for much of the January transfer window, after being Mikel Arteta’s No.1 striker target.

Vlahovic is widely regarded as one of the most exciting prospects in European football and had a lengthy list of potential suitors interested in his services while at Fiorentina.

But it was Massimiliano Allegri’s side who have confirmed the deal to land the striker, with just days of the window left.

He joins after scoring 20 goals across all competitions already this season for La Viola and will be desperate to continue that kind of form for the Old Lady.

HAVE YOUR SAY! Did Vlahovic make the right decision in joining Juventus? Comment below

Dusan Vlahovic has officially been unveiled as a Juventus player

Vlahovic is thought to have made his feelings towards a potential switch to Arsenal clear from the start of the window, uninterested in what the Gunners had to offer.

This reluctance to entertain Arsenal’s proposals stems from the fact Mikel Arteta’s side are currently without Champions League football – a competition Vlahovic is desperate to prove himself in.

The striker has inherited Cristiano Ronaldo’s old number seven shirt to place even further pressure on his shoulders following the €80million deal.

In what may make for unwelcome reading for Arsenal fans, Vlahovic has spoken for the first time since becoming a Juventus player.

“Juventus represents pride, tradition, family. Juventus are always there until the last minute, they never give up,” claimed the Serbian international.

“The team always comes first, I am at the disposal of the coach and my teammates, who I will try to help in the best way possible.

“We always want more, and we want to improve in the future. Today is my birthday, which is really wonderful, a special day for me.

“This is one of the happiest birthdays I’ve experienced so far. I want to make Juventus proud. We will always fight for all goals, as they say, fino alle fine!”

The news leaves Arsenal with precious little time to find an alternative before the window’s close on Monday at midnight, though a number of names are being thrown into the mix.

Real Sociedad’s Alexander Isak and Everton forward Dominic Calvert-Lewin are reportedly Arteta’s two preferred alternatives, though prying either of them away from their respective clubs at such a late stage is likely to prove difficult.

The Gunners are also weighing up whether to sanction the departure of exiled former captain Pierre-Emerick Aubameyang for the remainder of the season after both Barcelona and Juventus approached proposing a loan deal.

In this article:Arsenal, Barcelona, Champions League, Featured, Juventus, Serie A