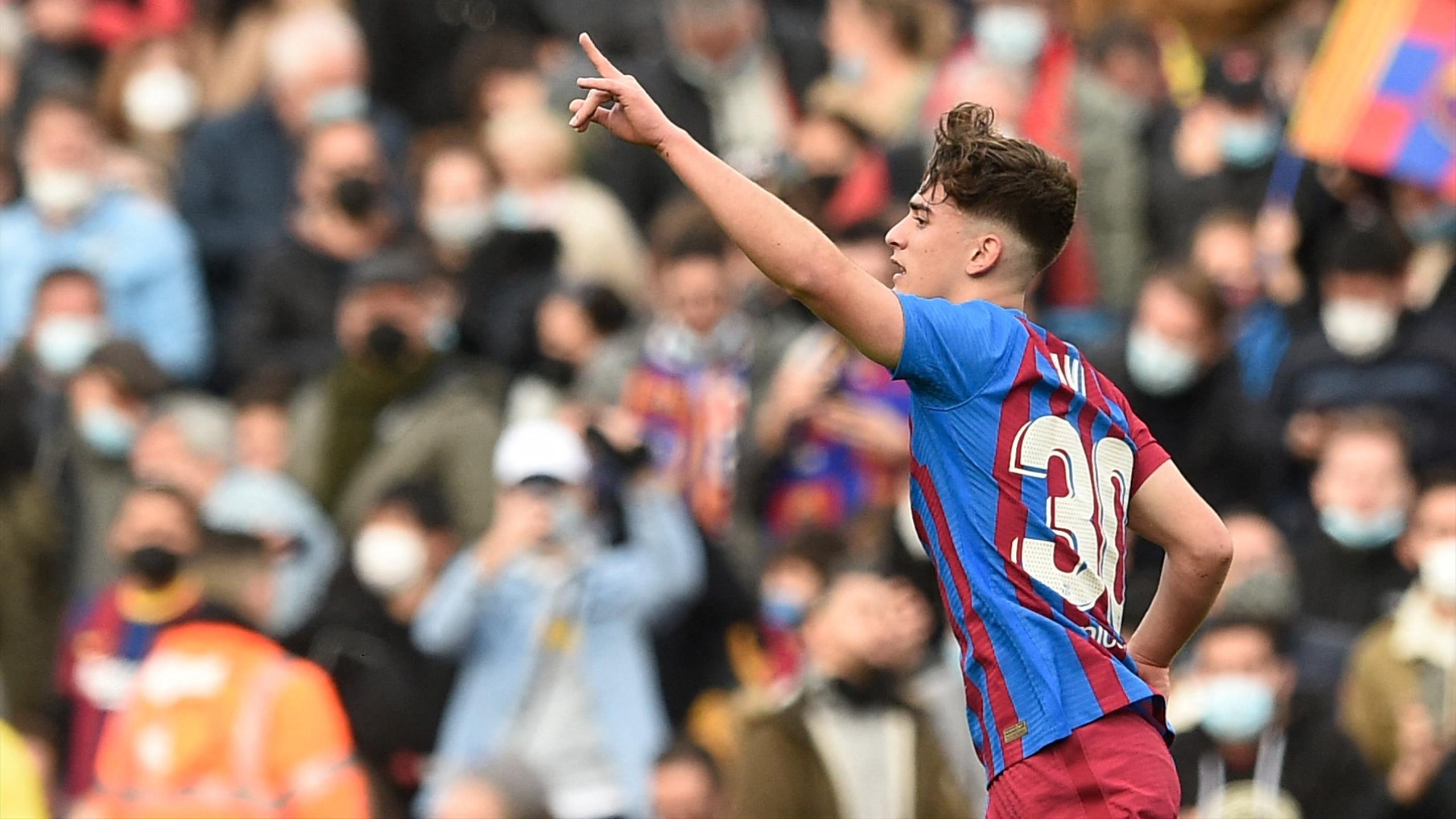 Dani Alves scored and provided an assist for a Jordi Alba wonder-goal before being sent off in Barcelona’s dramatic victory over Atletico Madrid.

Atletico took an early lead when Luis Suarez squared the ball to Yannick Carrasco in the box and he slotted home from eight yards out, but Barcelona drew level two minutes later when Dani Alves dinked a ball across the penalty area to his opposite full back and Alba smashed a volley home into the far corner.

The Azulgrana took a commanding lead through Gavi’s header from debutant Adama Traore’s cross and Ronald Araujo’s low strike after Gerard Pique had headed against the bar just before the break. Four minutes later the lead was doubled when Gavi pulled a ball back from the touchline which Alves drove home.

Suarez gave Atletico a glimmer of hope heading home from close range after Jose Giminez headed back across goal a corner from Carrasco, whose calf shortly after was the victim of a needless stamp from Dani Alves which saw Barcelona play the last quarter of the game with ten men.

Barcelona assistant coach Oscar Hernandez, Xavi’s brother, was also dismissed as the match got fiery on and off the field but despite their possession in the closing stages Atletico did not really threaten to emulate their recent late comeback against Valencia.

The win lifts Barcelona up to fourth, leap-frogging Atletico.

The joy is back at Barcelona

The drama of the last 20 minutes or so may overshadow things in the short term, but the biggest take away is that Xavi has brought joy back to Barcelona.

In just three months at the helm he has developed a style of play pretty similar to the one he used to enjoy playing in – and just as in those times, the midfield here were aided by outstanding performances from Jordi Alba and Dani Alves – who responded superbly from being dropped from the club’s Champions League squad until his late brain fade.

The addition of Adama Traore looks like bearing fruit. His end product was, with justification, criticised at Molineux, but he looks perfectly suited to playing across from Ferran Torres. Shining just as bright as the veterans were young stars Gavi and Pedri. This is only one result but it was a performance that would have been hard to imagine earlier in the campaign.

Jordi Alba (Barcelona) – It is easy to forget he is only 32 – a full six years younger than the full back on the other flank. He has been a very consistent performer for the last 12 months and his partnership with Gavi on the left flank is one which is likely to pay dividends for Barcelona for a few years to come, and reward him for staying with the club through the difficult recent times.

His goal alone was almost worthy of a man of the match award, a set up and strike reminiscent of youngsters playing heads and volleys rather than the game’s oldest full-back partnership.

8′ GOAL FOR ATLETICO! Suarez plays a clever square ball inside the box to Carrasco and he makes no mistake slotting past ter Stegen.

10′ GOAL FOR BARCELONA! A brilliant volley from Alba after he was found by a clever dinked square ball from the other side of the penalty area by his long-time full back partner Alves.

21′ GOAL FOR BARCELONA! A fine cross from Traore after he beat Hermoso on the right wing and it was met with a header from Gavira which flew home leaving Oblak with no chance.

43′ GOAL FOR BARCELONA! Alves put a free kick into the box which Pique headed against the bar, then Torres tried an acrobatic volley and barely connected with it, then Araujo slammed a low shot home.

49 GOAL FOR BARCELONA! After his remarkable assist earlier in the match, Alves has his own goal now smashing a low drive home after Gavira pulled a low cross into the box and Pedri dummied at the near post.

59′ GOAL FOR ATLETICO! Suarez heads home from close range after De Paul’s corner is headed back across the box by Giminez.

69′ Alves is sent off! What a crazy match this has been for him. The man of the match up until this point, but that was a stupid thing to do, whether the impact was exaggerated a little or not.

Aubameyang: Only Arteta had a problem with me at Arsenal