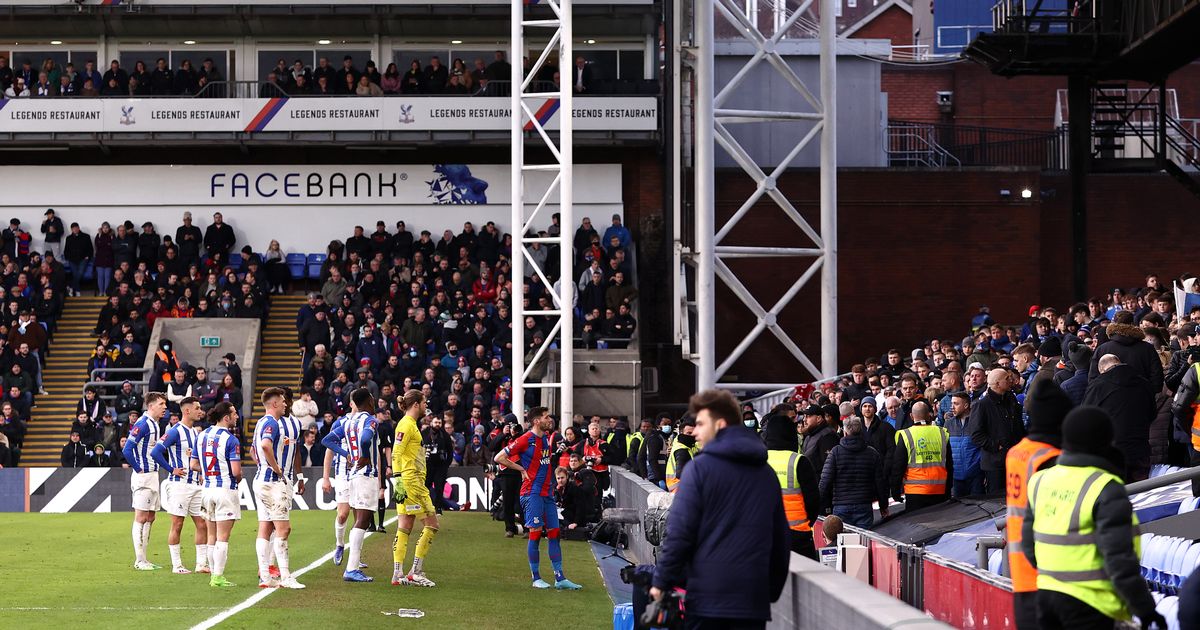 Crystal Palace’s FA Cup tie with League Two Hartlepool United was stopped after a medical emergency in the stands at Selhurst Park.

The game was brought to a halt in the 53rd minute, with the score 2-0 to the Premier League side.

A medical team rushed across the pitch to respond to the emergency after supporters began waving for help.

Referee Peter Bankes restarted the FA Cup tie around seven minutes later after the medics moved out of the away stand where the emergency unfolded.

The condition of the individual or individuals in question is unclear.

Hartlepool’s official Twitter account added: “From our position, it looks to be from within the Pools fans.”

Palace went on to win the tie 2-0, with Marc Guehi and Michael Olise scoring the goals.

The League One game between Oxford United and Portsmouth on Saturday afternoon was also stopped after a medical emergency at the Kassam Stadium.

“The second half of the game will be delayed here due to a medical incident,” wrote Oxford’s official Twitter account.

Portsmouth’s official Twitter account added: “It has been announced over the PA system that the start of the second half will be delayed due to an incident.”

Play resumed at 4:25pm, around 25 minutes later than planned.

Unconfirmed reports suggest the incident happened down the tunnel and not in the stands among supporters.

It’s believed a member of Oxford’s backroom staff banged his head. He’s not thought to be seriously injured.

Discussing his team’s chances ahead of their FA Cup tie, Crystal Palace manager Patrick Vieira said: “We want to give ourselves the best chance of getting to the next round.

“We want to have a good run in the FA Cup. We know we’re favourites and we have to be mentally prepared.”

Vieira won the FA Cup five times during his illustrious career, four times with Arsenal and once with Manchester City.

On the importance of the competition, he added: “There’s always been a lot of passion in the games. It’s an important competition for the fans and the football club.

Crystal Palace were victorious against Hartlepool United on Saturday
(

Speaking about the Frenchman’s impact on the team, midfielder Will Hughes recently said: “Look at the career he’s had – he has won almost anything.

“Any little snippets I can get from him, he is more than happy to let the players in his office to ask him anything that you need. That has been a big help.

“He’s cool and calculated, but if he needs to tell you to do something, he won’t hesitate to do it.