Crystal Palace ‘keeping tabs on Barnsley boss Valerien Ismael’ – along with Paulo Fonseca, Frank Lampard and Sean Dyche – with Roy Hodgson yet to discuss his future at the club

Barnsley boss Valerien Ismael has reportedly been added to Crystal Palace’s managerial shortlist should Roy Hodgson leave at the end of the season.

Hodgson, 73, who is out of contract in the summer along with several players, has repeatedly insisted he would discuss his future when the time was right.

However, the Eagles have already lined up a list of replacements should he go and one of the contenders is former Palace player Ismael, according to The Telegraph. 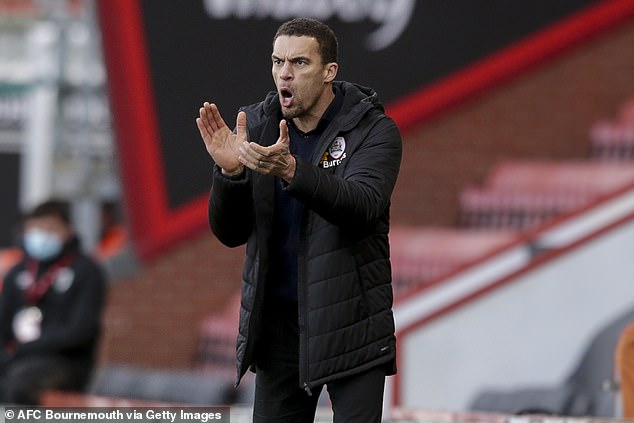 Formerly of LASK Linz, Ismael has been a revelation since taking over at Oakwell last October, where he has won 62 per cent of his games to turn the Tykes into play-off contenders.

The report from The Telegraph suggests that the Frenchman, who made just 13 appearances for Palace in 1998, is one of the favourites to take over from Hodgson should he fail to renew terms at Selhurst Park.

Former Chelsea boss Frank Lampard, Swansea’s Steve Cooper and Sean Dyche at Burnley are also contenders for the job while Sportsmail understands that Roma manager Paulo Fonseca is also in the running.

Though Palace’s previous experience with an overseas manager Frank de Boer lasted only four matches, they haven’t ruled out going abroad again for the right candidate, following the example at Leeds and Wolves who appointed Marcelo Bielsa and Nuno Espirito Santo. 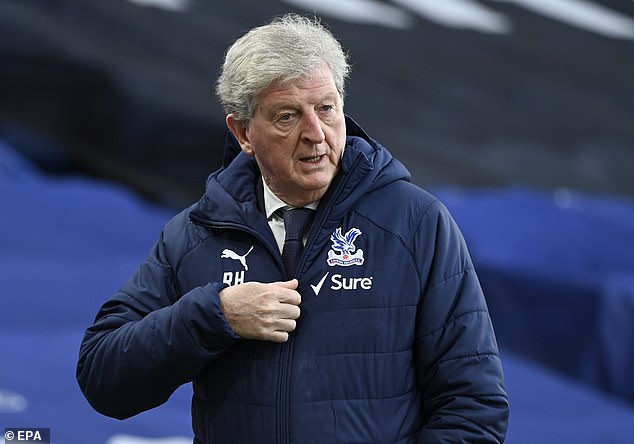 Hodgson, 73, is yet to discuss his future at Palace with his terms set to run down this summer

However, Hodgson’s work in keeping Palace in the Premier League does give an advantage to managers with previous domestic experience.

Palace will also experience a turnover in their squad this summer with a dozen players out of contract. Mamadou Sakho and James McCarthy are expected to leave with Michy Batshuayi returning to Chelsea after his loan spell.

Talks will take place with others including Patrick van Aanholt but there should be enough space for five new signings.

Conor Gallagher and Ainsley Maitland-Niles, on loan at West Brom from Chelsea and Arsenal respectively, are among potential targets.

Hodgson suggested last weeks that talks would take place soon with the club 12 points clear of the relegation zone.

The 73-year-old said: ‘I am in the same situation as the others. Basically I think we all have our own ideas of what our plans are, but we are more than happy to wait a little bit longer before announcing those plans.’ 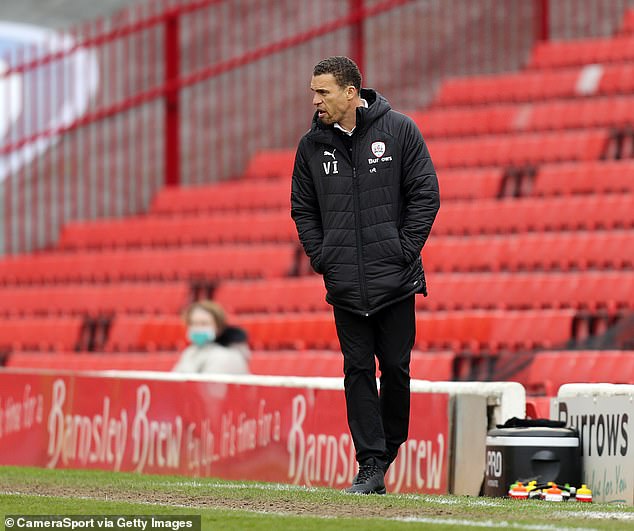 Ismael, who played for Palace in 1998, has impressed while in charge of the Championship side

Ex-Chelsea defender Gary Cahill is one of numerous members of the squad at Selhurst Park who will be able to leave on a free, but Hodgson does not believe those out of contract are on trial during the next five weeks.

‘I think football clubs should make decisions on players over a body of work and a period of time. It is a big mistake to leave a decision over whether the player has had a good or bad game during the last two or three games of the season,’ he said.

‘Unfortunately for the club there are a number of them who are coming to the end of their contracts so there is a lot of negotiating that has got to be done between the club, the players and the players’ agents.

‘That is going on at this moment in time and luckily it has not had any affect on us in the last few games.’