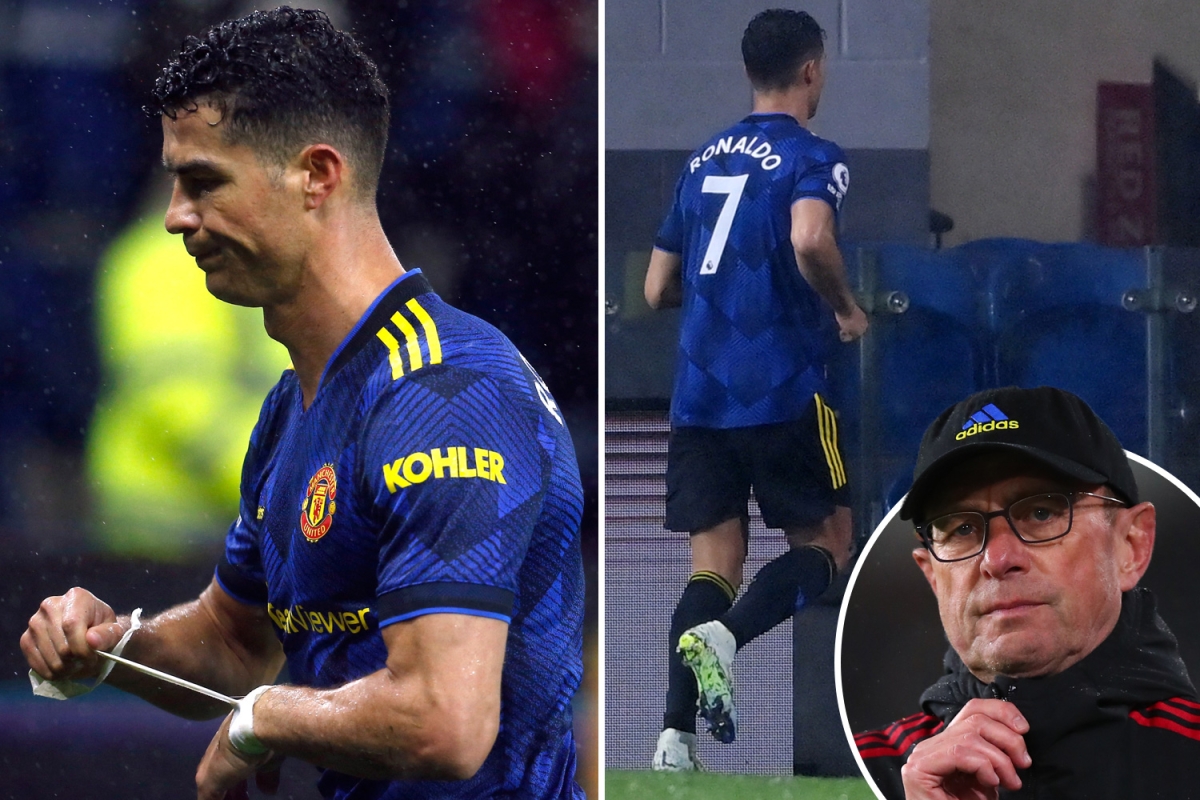 CRISTIANO RONALDO threw ANOTHER strop as he failed to score for a fifth game in a row – his longest goal drought in more than a DECADE.

The Manchester United superstar – who also had a tantrum against Brentford last month – stormed down the tunnel at full-time as his side were held to a 1-1 draw by Burnley.

He threw down some white strapping from his wrists as his team-mates stayed behind to applaud the travelling fans.

The Portugal international is now on a run of five matches without a goal – a dry spell that dates back to United’s 3-1 victory over the Clarets on December 30.

He started on the bench at Turf Moor before being introduced with 20 minutes to go.

And he was left goalless and fuming as the final whistle blew on yet another disappointing Red Devils display.

Rangnick picked Edinson Cavani instead but his side lost ground in the Champions League race just days after the interim boss had slammed United for wasting their chances during Friday night’s FA Cup defeat to Middlesbrough.

Rangnick found fault with his team before the introduction of Ronaldo – by which time a draw seemed almost inevitable.

He told BT Sport: “It was 1-0 at half time, we knew they would come out in the second half in a more aggressive way and the only thing I can complain the team about was we were not aggressive enough in the first 20 minutes of the second half.

“If you look into the whole game we dominated for most of it. Winning one point is not enough and another frustrating again.”

He shocked fans by missing the target from the penalty spot during last Friday’s FA Cup defeat by Boro.

And CR7 is now on his worst club goalscoring run since 2010.

Back then he failed to score in the final pair of games of the 2009-10 season for Real Madrid – before drawing blanks in their first three matches of 2010-11.

Ronaldo has only scored in six of his 18 Prem appearances for United this season, although he bagged doubles against Newcastle and Arsenal.

He has had more success in the Champions League, grabbing six goals in five group stage games.

When international football is included, Ronaldo went five games without a goal as recently as 2018.

He didn’t register in Portugal’s final two clashes of that year’s World Cup in Russia, or in his first three games for Juventus.