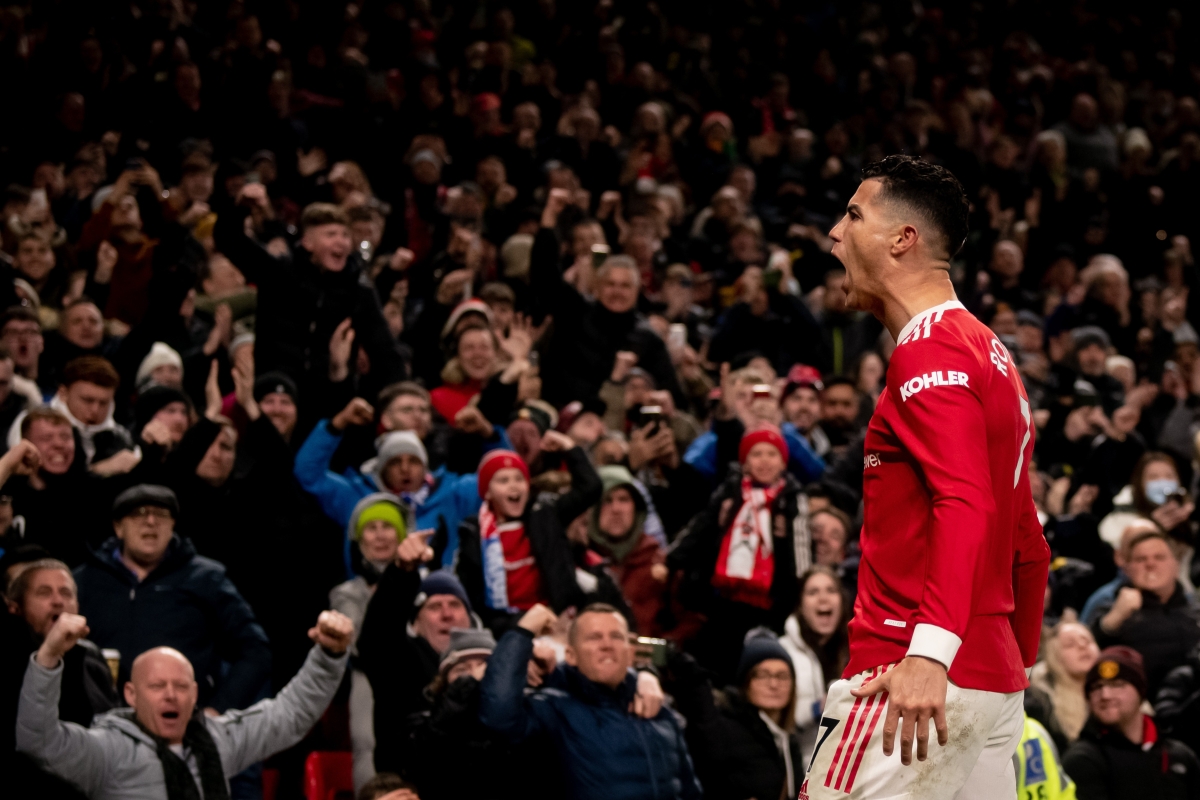 CRISTIANO RONALDO sent a strong message to his Manchester United team-mates as he finally broke his NINE-HOUR goal drought.

The Portuguese superstar, 37, scored a brilliant goal to set United on their way and record their first win in four.

His strike – ending a six-game barren spell that was his worst in front of goal since 2009 – came courtesy of Scott McTominay picking the pocket of a dithering Yves Bissouma.

The ball landed at Ronaldo’s feet and he sent an unstoppable shot past Robert Sanchez in the Seagulls’ net.

Ronaldo ditched his trademark ‘Siu’ celebration as the tension was lifted at Old Trafford.

And after the win, the five-time Ballon d’Or winner took to social media to send a message to his fellow players and the United faithful.

He wrote: “Back on track! Nobody gives up and there’s only one way to get back on track: hard work, team work, serious work.

“Everything else is just noise. Let’s go Devils!”

Bruno Fernandes sealed the win, after Lewis Dunk had seen red, with a late goal.

The win moved United back up to fourth, two points clear of West Ham.

Arsenal are looming in sixth, however, four points back but with three games in hand.

“Overall it was also a good performance by Cristiano. Energetically he was online, he was always trying to help the other team-mates.

“I think in the last weeks that would be the best performance by him and it is very, very important for us.”