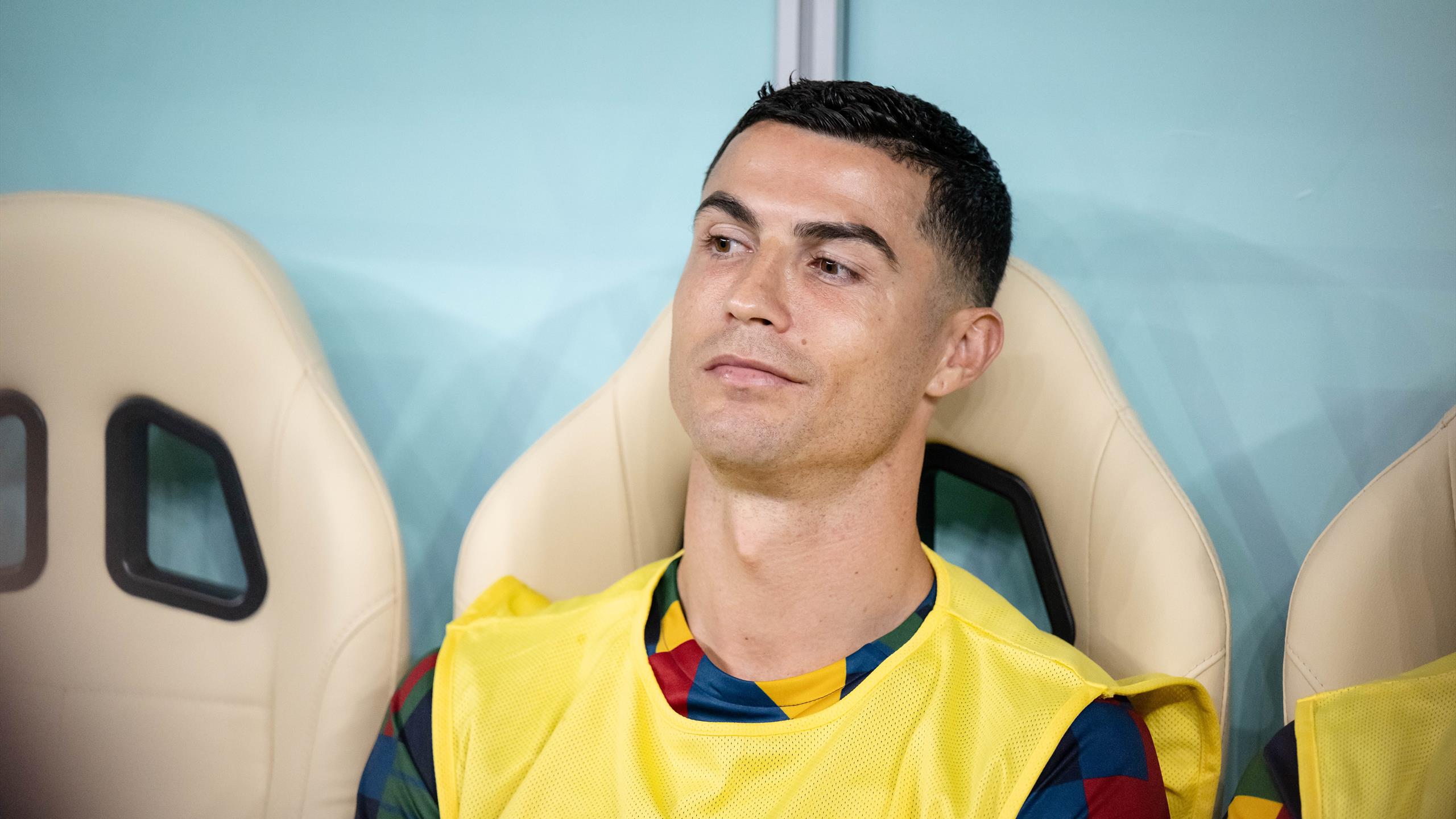 70% of the Portuguese people got their way on Tuesday night. Cristiano Ronaldo was dropped for Portugal’s World Cup last-16 tie against Switzerland. A Bola ran a poll ahead of the match and 70% of people said that they felt Ronaldo should not start. Extrapolate that out from a population of 10.3 million, and that is roughly 7.2 million people who may have wanted Ronaldo benched. Clear that diary, Piers Morgan, it is going to take some time to settle all those scores.

However, Portugal were nothing short of sensational with their best-ever player sat on the bench. Joao Felix, Bernardo Silva and Bruno Fernandes tore through the Swiss team at will. Felix, in particular, was outstanding, laying on two of the three goals that Ronaldo’s replacement Goncalo Ramos scored as Fernando Santos’ team laid down a marker ahead of their quarter-final showdown with Morocco.

Now, the sample size is, of course, too small to definitively conclude whether the abandon with which Portugal played with in attack, and the diligence they harried their opponents when without the ball had a perfectly linear relationship to their leading scorer’s absence. However, it is without doubt that this was their best performance of the tournament, and by some distance. And it is probably fair to say that Ronaldo’s absence was a contributory factor to that excellence.

Yet, as Ian Wright said after the match, Ronaldo could work this situation to his advantage. But, first he needs to accept reality. It is difficult to imagine a scenario where Ronaldo reclaims his position in the team for the quarter-final showdown with Morocco on Saturday at 15:00. Ergo, he is no longer a guaranteed starter at the elite level.

However, as Wright said, “he could still end up scoring the winning goal for them in the final”. Ronaldo can still have a big bearing on this World Cup; if he accepts his new – different – role then he can excel.
England have – similar to the rugby union team – started referring to their substitutes as their finishers – players who emerge from the bench to get the job done, and over the line. The inference here being that they are of equal importance as those who start the game. Ronaldo, if his infamous TalkTV interview with the aforementioned Morgan is anything to go by, does not subscribe to this view.

But if Ronaldo can reel in his ego, accept his new status and fully and dutifully commit himself to the role of finisher, Portugal will take some stopping at this World Cup.

Portugal’s performance in their last-16 encounter announced themselves as a force to be reckoned with at this World Cup; they finally produced the sort of statement win that a squad with their weight of talent should produce regularly. Yet, do not rule out Morocco turning them over in the next round.

The reason for this is the nature of international football means that coaches do not have enough time to coach intricate attacking patterns or sophisticated pressing triggers. Thus, conservative, basic football offers the greatest chance of success at this level. Attempts at overly open, expansive football without the required time on the training ground can lead to chaos. For evidence of this see much of this World Cup and, most notably, Germany.

The football at the Qatar World Cup has been thoroughly entertaining due to this chaos – the Warm-Up posits – owing to the, even by World Cup standards, scandalous lack of preparation time afforded to international coaches ahead of the tournament.

Good international teams minimise the chaos. It is why the clamour for Gareth Southgate to take the handbrake off, as it were, is misplaced. Morocco are evidence of the fruits of very much keeping the handbrake in place. They have conceded one measly goal – an own goal scored by Nayef Aguerd in their 2-1 win against Canada – thus far in this tournament and their reward is a spot in the quarter-finals.

Ahead of the Spain game, boss Walid Regragui said that they would come in swinging.

“We will come in with a winner’s attitude,” he said. “We will come in swinging. We want to hoist our Moroccan flag well up high. The great nations are still here and it is up to us to give them a run for their money.”

Swing they did – most notably Achraf Hakimi, who delivered a Panenka knockout blow – to give one great nation, in Spain, more than a run for their money. And, therein lies the beauty of the World Cup. Portugal were scintillating against Switzerland but Morocco will provide a completely different examination of their credentials. Morocco minimise chaos, and that makes them a threat in this most chaotic of World Cups.

WAYNE ROONEY WITH THE HONESTY

They say you should never meet your heroes. And so it proved for Wayne Rooney, who went from idolising Duncan Ferguson and Alan Stubbs to thinking they were awful. Brutal.

The original – and arguably the best – Ronaldo with some wholesome behaviour here with Richarlison.

While we are in O Fenomeno territory, the documentary about the real Ronaldo is a brilliant watch. It is a remarkable story, remarkably told. However, what is most remarkable is Ronaldo himself. His humility is astonishing. Not just during the documentary but also in the moment: here was a 22-year-old who was clearly the outstanding player on the planet, but who was unbelievably grounded. And secondly, he somehow managed to completely remodel his game – there were two versions of him and, both times, he was the world’s best. Astounding.

There is absolutely zero World Cup football. Zero. However, fear not, the only advantage of this shambles occurring during the season is there is other football: most notably Women’s Champions League football – Arsenal, Barcelona and Bayern Munich are all in action.

Who is Goncalo Ramos? The Benfica wonderkid who benched Ronaldo and scored hat-trick