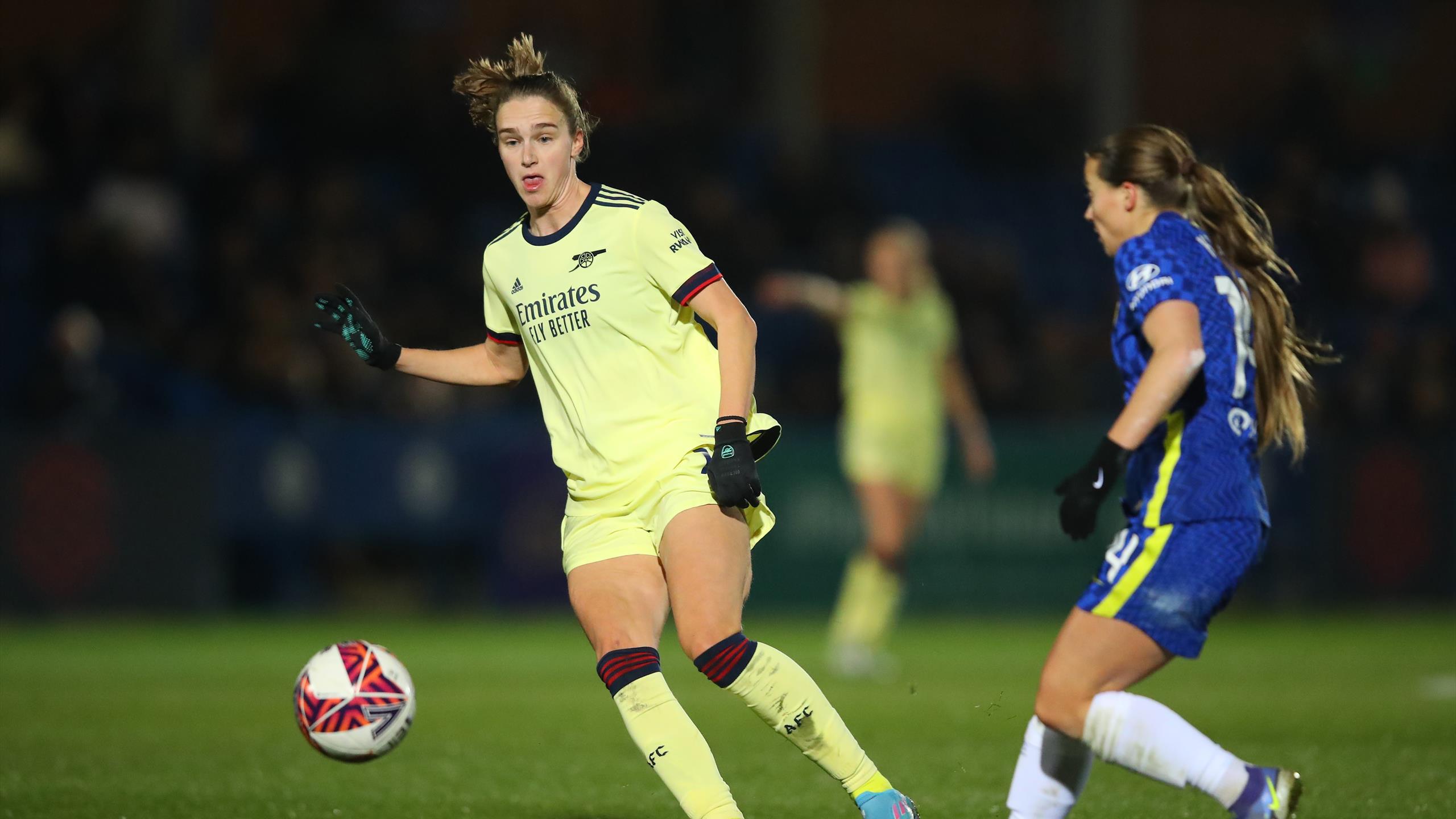 Chelsea drew 0-0 at home to Arsenal in the WSL top-of-the-table clash which threw up more controversy than goals.

Chelsea knew that a win would take them top as they trailed Arsenal by two points before kick off, with a game in hand.

The Gunners meanwhile were eyeing the chance to put breathing space between their London rivals.

Arsenal had the best of the first half and while Chelsea had their moments, the away side fashioned the best chances with Vivianne Miedema hitting the woodwork.

In the second half, the Blues’ Sam Kerr had a couple of early chances and on 56 minutes could’ve done better before Pernille Harder saw her attempt blocked.

Guro Reiten was the next player to miss for Chelsea, sending her effort straight at the keeper when it appeared easier to score.

However it was not all one-way, and Miedema went close in a goalmouth scramble as Arsenal put on the pressure with just minutes remaining.

Chelsea briefly thought they had won it at the death when Jesse Fleming netted three minutes into added time, but the close-range effort was chalked off due to offside.

Two minutes later there was yet more drama as Kerr’s cross hit Leah Williamson’s hand, only for the ref to wave play on.

Chelsea left sweating over injury to Mount in cup win