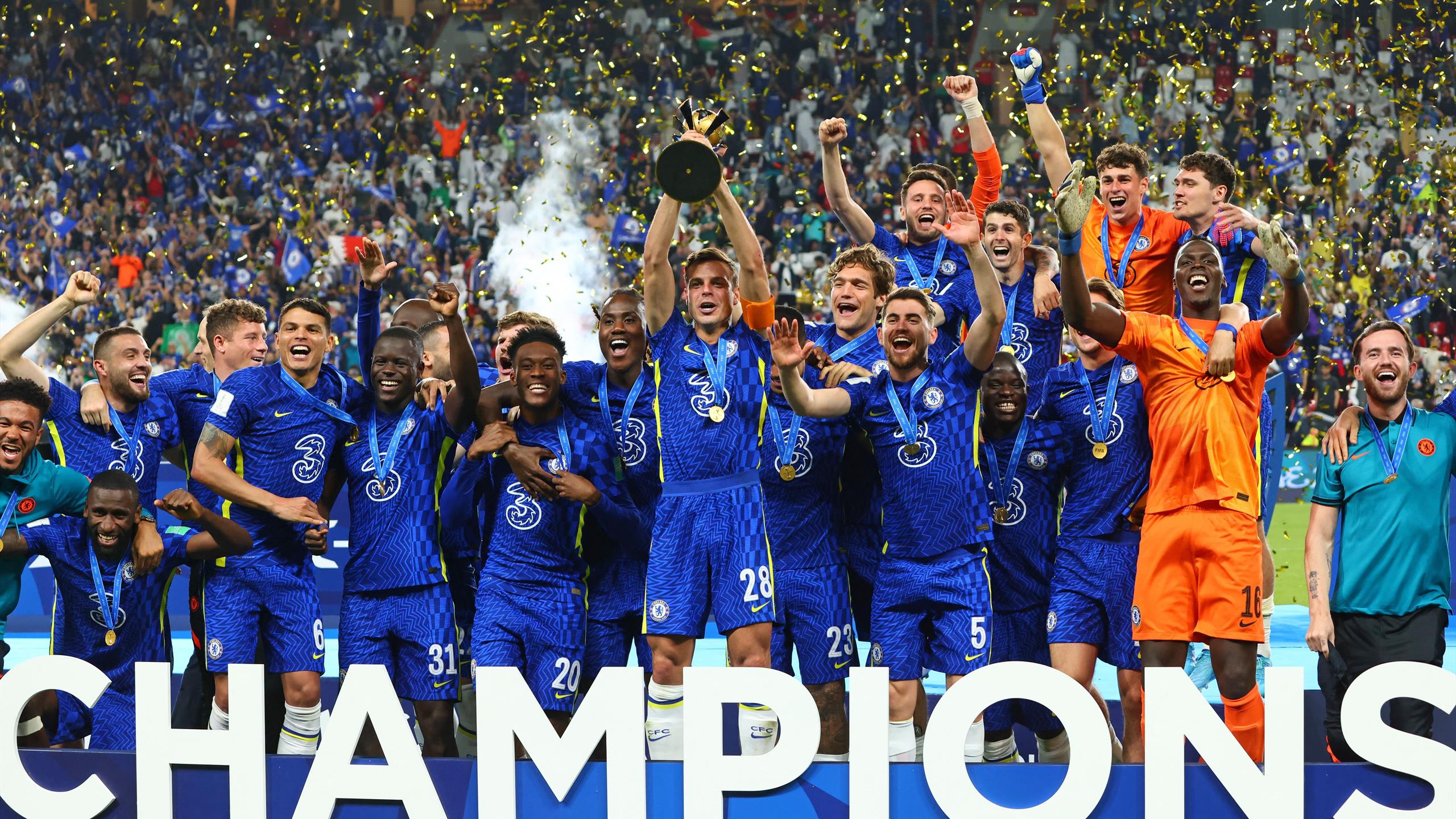 Chelsea are world club champions for the first time in their history after a dramatic 2-1 victory over Palmeiras in Abu Dhabi.

The ending was in complete contrast to the start, as the biggest game in world club football took a while to come alive. The first half was a grim tactical struggle, with Chelsea labouring to break down a well-organised Palmeiras defence.

Thomas Tuchel’s half-time teamtalk led to a noticeable increase in tempo, and Chelsea were rewarded for their improved performance when Romelu Lukaku slammed a header past Weverton in the 54th minute.

But Chelsea’s lead lasted only 10 minutes. Palmeiras were awarded a penalty after a VAR check for handball against Thiago Silva, and Veiga scored calmly from the spot.

There were few chances at either end after that, with both teams tiring on a sultry night in Abu Dhabi. The match drifted to extra-time and seemed to be heading to penalties. Instead, it was settled by a single penalty: Luan was penalised for handball, and Havertz strolled forward to send Weverton the wrong way.

A miserable night for Luan was complete when he was sent off for a last-man foul on Havertz in injury time. He and Palmeiras gave everything; in the end, it was not enough.

Was Chelsea’s penalty the correct decision?

It was hard not to feel sympathy for Luan, who was turning his back when Cesar Azpilicueta’s volley struck his outstretched hand. The repercussions were enormous, and Palmeiras will never forget the moment their dream was shattered by VAR. But while it was on the soft side, under the laws of the game the referee Chris Beath had little option but to give a penalty.

There were no truly outstanding performances in a hard-fought game that morphed into an extended arm-wrestle. But the match will be forever associated with Kai Havertz, whose languid penalty settled matters. He was already a Chelsea legend after his Champions League-winning goal; in Abu Dhabi, he cemented that status with one precise sweep of his left foot.

54’ GOAL! Chelsea 1-0 Palmeiras (Lukaku) Romelu Lukaku puts Chelsea in the lead with a thumping header! Hudson-Odoi got to the byline on the left and clipped an excellent cross towards the near post, where Lukaku got above Luan and powered a header past Weverton. Brilliant finish.

62’ PENALTY TO PALMEIRAS! A long throw hit the fist of the leaping Thiago Silva, who was off balance as he challenged for a header, and Palmeiras have a penalty!