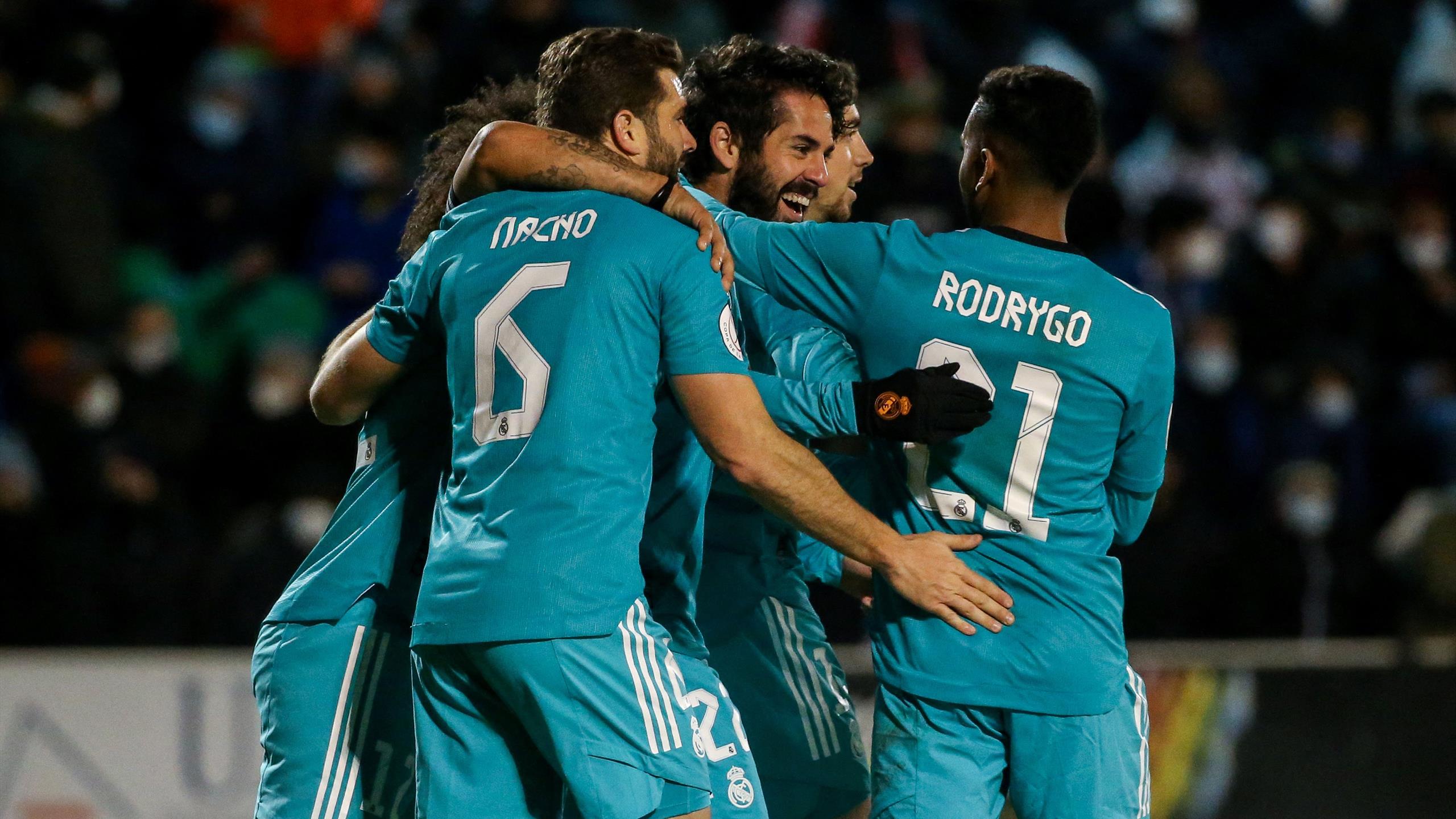 Marco Asensio’s goal coming off the bench ensured there was not a repeat of last year’s Real Madrid’s shock Copa del Rey defeat to Alcoyano.

After Alcoyano dominated the first half, Real took the lead through their first effort on target when Eder Militao headed home Rodrygo’s corner six minutes before the break.

Midway through the half Dani Vega scored a fantastic equaliser turning in from the right flank before hitting an unstoppable shot past Andriy Lunin.

Again Alcoyano looked the better side but Asensio’s 20-yard deflected effort 13 minutes from full-time put Real in front and, moments after coming off the bench, Isco ran through and nudged the ball past Jose Juan who then inadvertently put the ball into this own goal.

The France international is still 19 but already in tests far greater than this one has shown he has the capability to be a top midfielder. Importantly in this game when the rest of the Real side did not turn up in the first half he was doggedly assuring life was not overly easy for the third tier side. Most importantly he was there to make a block of Carlos Blanco’s shot which could have given the visitors a key lead which Real with their lack of firepower might have struggled to overcome.

4′ GREAT EFFORT FROM DANI VEGA He loops an effort from the edge of the box that Lunin tips over the bar.

39′ GOAL FOR REAL! Militao heads home Rodrygo’s corner beating the goalkeeper to put the ball in the back of the net.

77′ GOAL FOR REAL! Asensio hits home a deflected effort after Hazard squared the ball to him on the edge of the box.

79′ GOAL FOR REAL! Isco was only just on the pitch and a defensive clearance rebounded to put him through and he pushed the ball past the keeper before the two collided but the ball deflected off Juan and into the net.

Where next for Rudiger? – Inside Europe

In this article:Arsenal, Featured, Real Madrid