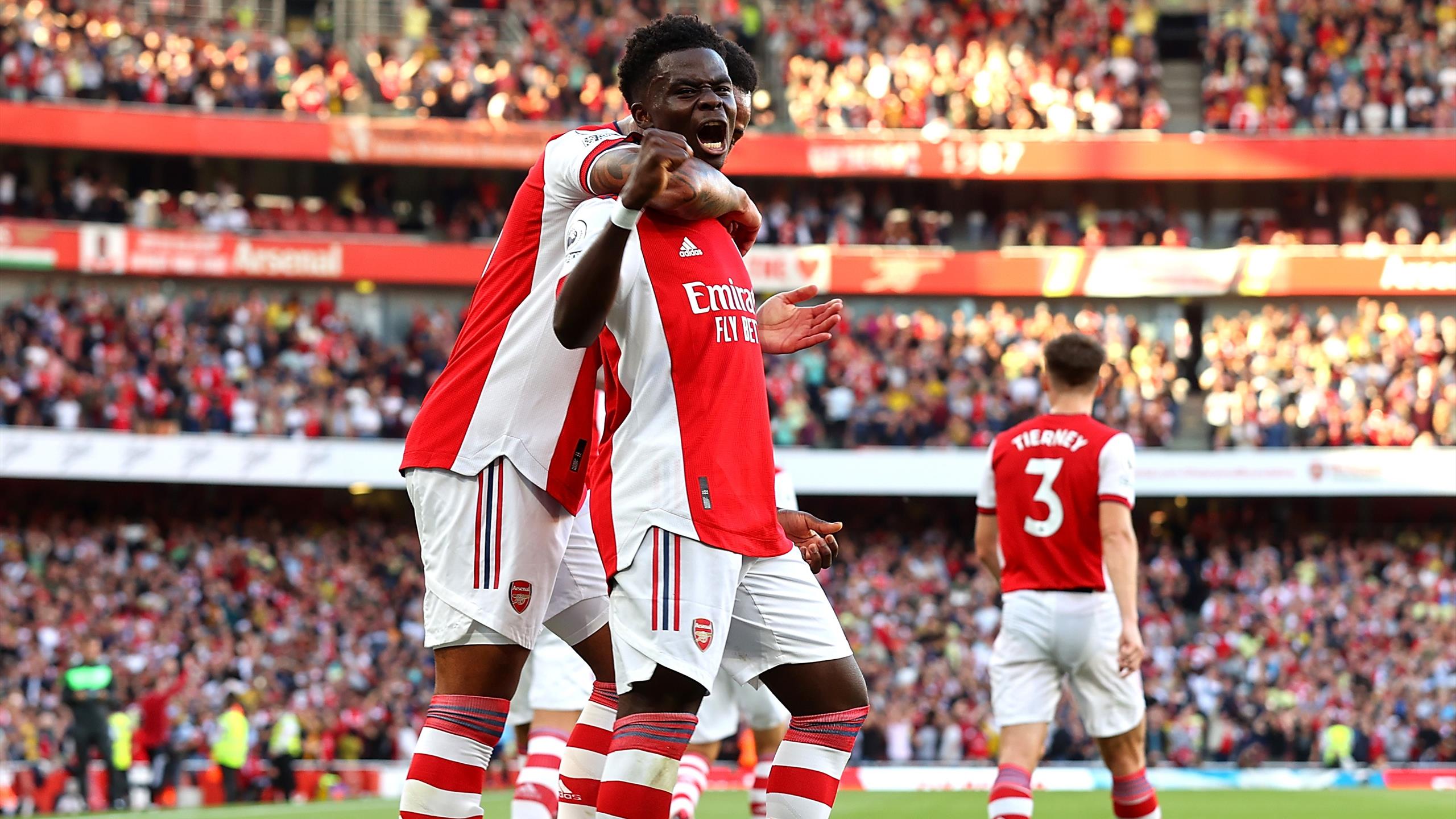 Bukayo Saka has said Arsenal were “always the one” for him growing up, despite interest from Tottenham and Chelsea when he was a youngster.

Saka had trials with Arsenal’s London rivals as a kid and a spell in the Watford academy before starting at Hale End aged eight. He had previously played for his local side, Greenford Celtic, where he was first spotted by Premier League scouts.

Speaking to Sky Sports, Saka has revealed why Arsenal were his first choice even as other clubs did their best to sign him. “I think Arsenal was always the one I wanted to go to,” he said.

‘I’m the solution, not the problem’ – Arteta responds to Aubameyang criticism

“It seemed like they had a lot of faith in their youth, and there was a clear pathway when you could see the players coming up from Hale End to London Colney, and my dad also really believed in the project and he loved Arsene Wenger.

“I think Arsenal was the club in the hearts of my family, so we chose them.”

Saka also gave an insight into the culture at Hale End, where former Arsenal captain Per Mertesacker is now the academy manager. “I think, from the moment you sign, [with] the education at Hale End, you start to know the history of Arsenal,” he added. “You know which games are the most important.

“We obviously knew the derby and the rivalry with Tottenham. So I’d say, from the point I signed, the coaches made it known before every game against Tottenham how much it means and there was always extra excitement around that game.”

Saka scored against Spurs in September when the two sides last met, with Arsenal going on to win 3-1. Having lost three out of five games in the Premier League up to that point, he sees that victory as one of the most important so far this season.

“That goal was another important goal because before that game, the team wasn’t in the best of moments,” he said. “We knew how much it could turn around our season and it would be for the fans as well.

“I think, maybe, since that game, we’ve only lost one [league] game at the Emirates, which was Man City. I think from that game, we really set the tone at home.

“I’d say that game really lifted us – not just us, it lifted everyone around the club, from us all the way to the fans. It made us and them believe that we can do some special things this season and it gave everyone the confidence again in us that I think some people lost.”

Saka also said that it would be a “dream” to bring Champions League football back to the Emirates next season. With Arsenal currently four points off West Ham in fourth but with three games in hand, he and the rest of the squad are now tasked with helping to return the club to Europe’s top table.

Meanwhile, in his press conference ahead of Arsenal’s trip to Wolves on Thursday evening, Mikel Arteta admitted that he is keen to tie down Saka to a new contract as soon as possible. His current deal expires in 2024, meaning there is a limited window to secure his long-term future.

“It is a conversation we are going to have with the player, then his agent, his family – [talks] which are going to be extremely important as well – so everybody is on board,” said Arteta.

“Obviously our desire is to keep Bukayo as long as possible, because we are really happy. He is part of our club, our DNA, he is growing, he is maturing.

“His importance in the team is unquestionable and we want to keep our best talent, that’s for sure.”

‘I cannot betray them’ – Guardiola not considering Man City exit