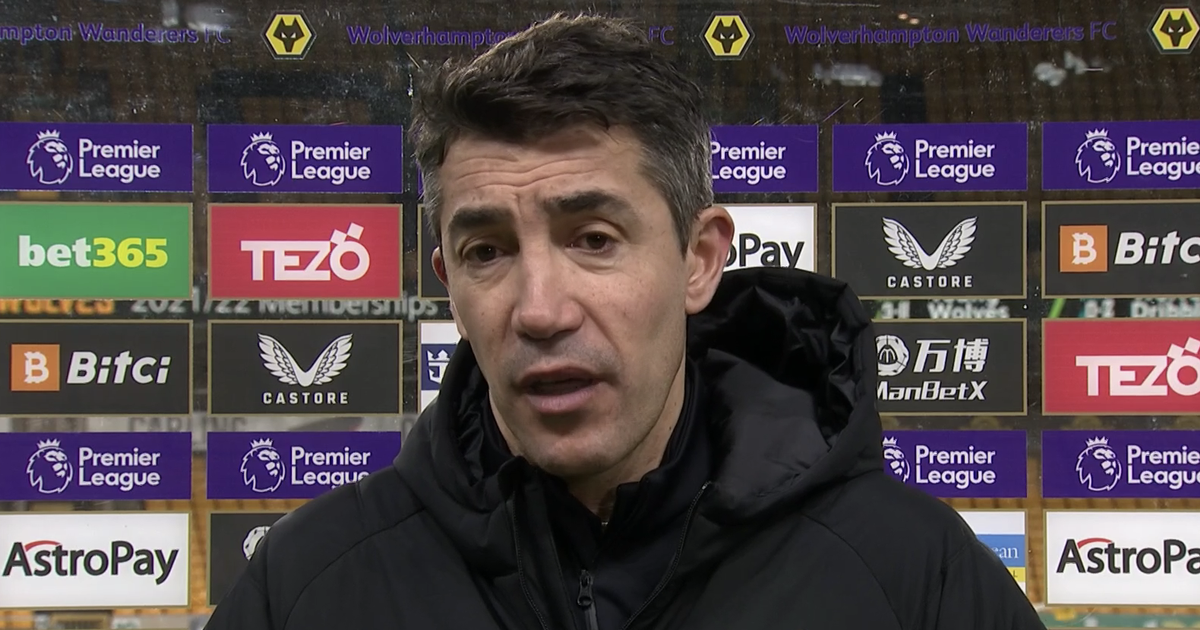 Wolves manager Bruno Lage hit out at “strange decisions” which he felt prevented his side from earning points against Arsenal on Thursday night.

The Gunners left Molineux with all three points after they held on with 10 men to claim a vital 1-0 win.

Victory moved Mikel Arteta’s side up to fifth in the Premier League, one point behind West Ham with two games in hand.

But it was far from a straightforward win, with Gabriel Martinelli’s red card in the 69th minute prompting an uncomfortable finale.

Bruno Lage was unhappy with refereeing decisions against Arsenal
(

Arsenal were forced to dig deep to defend their lead, which came from Gabriel Magalhaes’ first-half tap-in from a corner after Alexandre Lacazette had clashed with Wolves keeper Jose Sa.

Wolves were denied an equaliser from a Granit Xhaka own goal when Raul Jimenez was judged to have interfered with play from an offside position, while Aaron Ramsdale kept out Romain Saiss’ shot and Rob Holding cleared off the line.

“I’m disappointed because I think we were the better team,” Lage said.

“First of all, the tempo we put in was very good. I think we managed the game well.

“We created chances but didn’t score. We suffered one more time from a set piece. When we got to the end, we didn’t score goals.

“I think we created a lot of chances, but when you look at the situations, especially our [disallowed] goal, no player got a touch on the ball, and he (Xhaka) put the ball in his goal.

HAVE YOUR SAY! Is Bruno Lage right to complain about the decisions? Comment below.

“It’s nothing new, another good performance, but disappointing result. We conceded one more time from a set piece, in a strange situation.

“We take the best of what we did in the game and move onto the game against Tottenham.”

Wolves remain eighth in the table after their three-match winning streak in the Premier League was brought to an end.

Lage has established an excellent defence which has conceded just 17 goals – the best record apart from leaders Manchester City – but scoring goals remains a problem.

Wolves have scored just 19 times in 22 league matches this season, which is the third worst record ahead of relegation-threatened Burnley (17) and Norwich (14).

One goal was enough for Arsenal to win it
(
Advertisement. Scroll to continue reading.

“We did well, but we are struggling to score goals and conceding a lot on set-pieces,” said midfielder Ruben Neves.