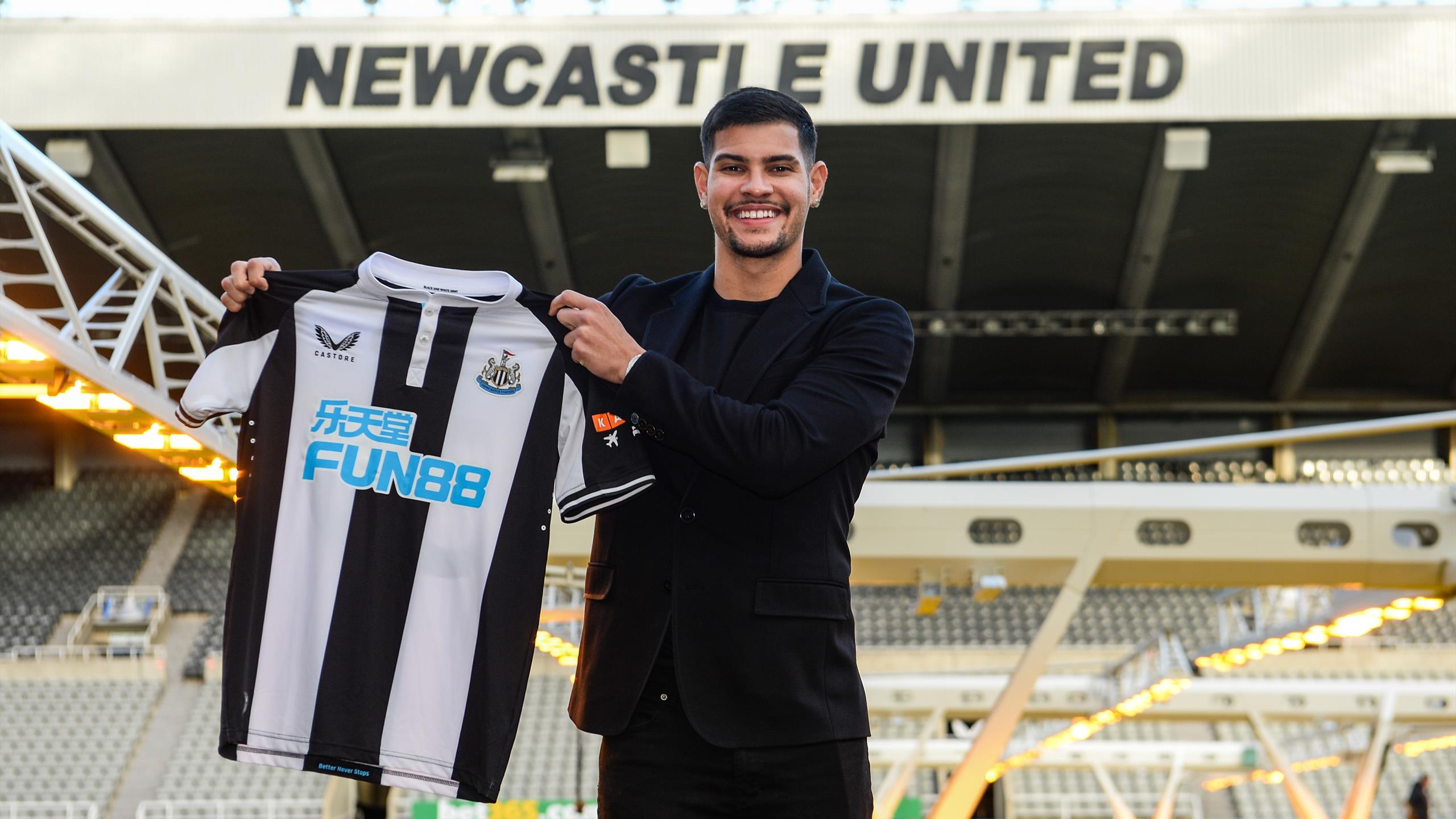 Bruno Guimaraes has suggested that Newcastle’s owners have a stated aim of winning the Champions League in the near future, even if Premier League survival is their main priority this season.

Eddie Howe’s side are currently 19th in the table, but only one point off safety. As expected, their controversial takeover by a Saudi-led consortium in October allowed them to spend lavishly in January to help their efforts to avoid the drop.

Having signed from Lyon for around £35m, Guimaraes has joined Kieran Trippier, Chris Wood, Dan Burn and Matt Targett in arriving at the club amid their ongoing relegation battle. They face a crucial home game against Everton on Tuesday evening, with their opponents only four points above them in 16th.

Speaking ahead of the match, Guimaraes revealed how he was convinced to sign for the club despite their perilous league position.

“The owners were very up front and honest about it,” he said.

“They didn’t disguise that the main objective and challenge was remaining in the Premier League this season.

Having also found himself linked with Arsenal in recent months, Guimaraes suggested that Newcastle could eclipse the north London club in the years to come. Asked whether he sees Newcastle as bigger, or as big, as Arsenal, he said: “Definitely. We’re going to be a club that is going to be a big power in world football.

“It’s already a club with a great tradition, a big history, and I have no doubts about my decision to come to Newcastle.”

Guimaraes, a Brazil international, also revealed that he consulted with Thiago Silva, Gabriel Jesus and Alex Telles before moving to England.

“They told me how difficult it is to play away at Newcastle given how passionate the fans are, that it’s one of the most difficult away fixtures in the league, so I didn’t have to think twice about coming here,” he said.

“I’m really happy to be here and really looking forward to experiencing the atmosphere of the Premier League and Newcastle.”