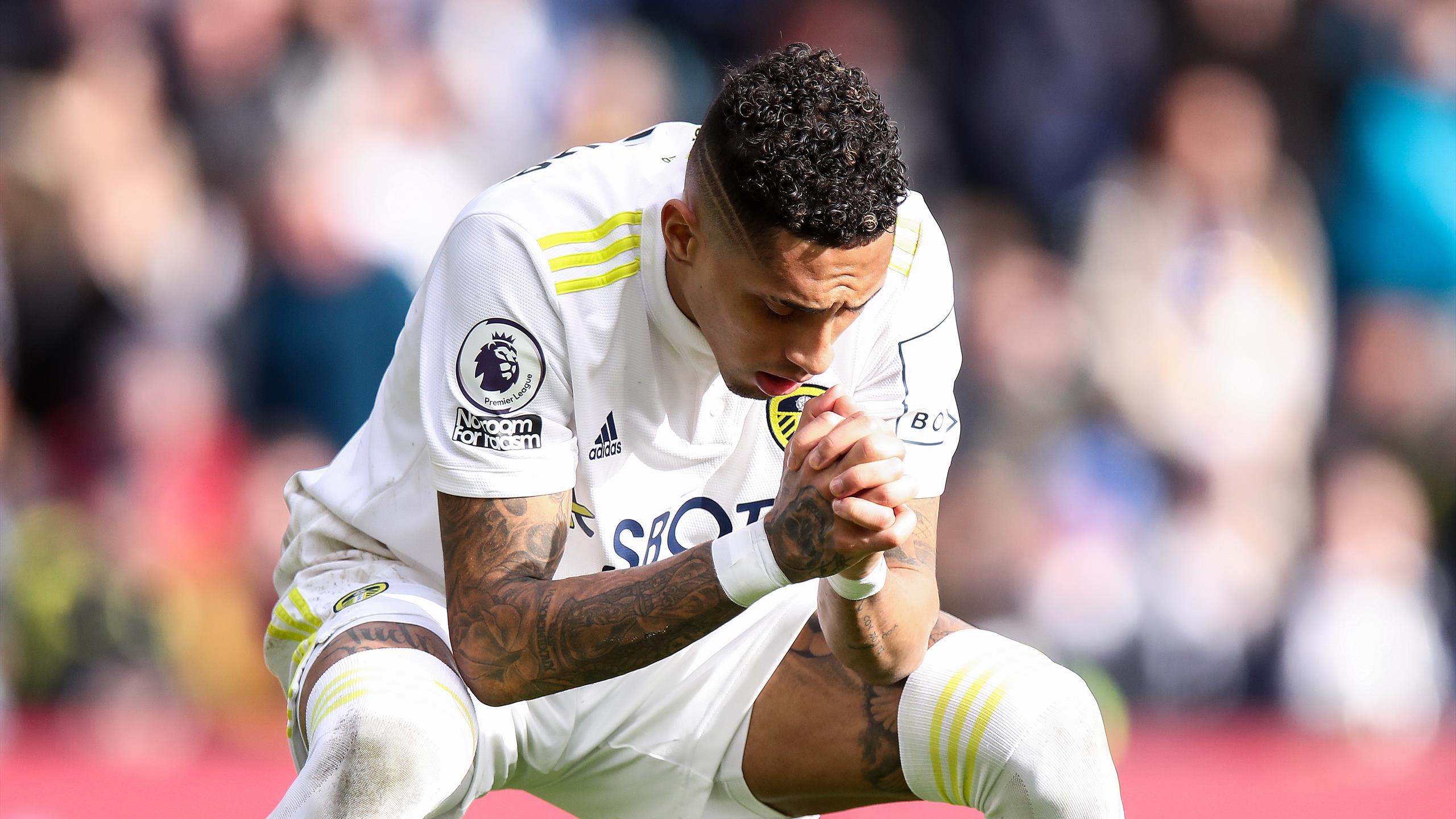 Raphinha’s proposed £60M move from Leeds United to Chelsea has hit a stumbling block with his agent Deco pictured at the Nou Camp, reportedly negotiating a move to Barcelona instead.

Brazil winger Raphinha was thought to be close to joining Thomas Tuchel’s Blues as the first signing of the Todd Boehly era, but his agent is attempting to scupper that deal in favour of a move to Barcelona, according to Spanish reporter Gerard Romero.

Raphinha’s future has been a hot topic this summer, with Tottenham and Arsenal thought to be highly interested. While Spurs’ attentions have shifted to fellow-Brazilian Richarlison, Arsenal were reportedly closing in on the Leeds star before Chelsea agreed a fee of around £60M on Tuesday, according to Fabrizio Romano.

Neymar: From chasing the Ballon d’Or to getting farmed out on loan – The Warm-Up

New owner Boehly has been in direct contact with Deco over the potential deal to sign the eight times-capped winger who scored 11 Premier League goals last season – playing a huge role in preventing Leeds dropping down into the Championship.

However reports have been clear that Raphinha’s favoured move would be to Barcelona and Deco was at Barcelona’s club offices on Wednesday, in talks over a move to La Liga instead.

Barcelona has been consistently reported as being Raphinha’s preferred destination if he were to leaves Leeds this summer, but the Spanish giant’s financial troubles seemed certain to undermine any potential deal.

The Blaugrana reportedly must raise significant funds before the end of the financial year – three days from now – but have planned to do so by selling their television rights on. Any deal for Raphinha would be pushed into the next financial year, pushing potential problems with La Liga into the future.

Any move for Raphinha to Chelsea is not close to being confirmed while his agent is in Spain, meaning that Chelsea’s already slow start to the transfer window faces more delays.

Chelsea have so far failed to sign any new players, while Antonio Rudiger and loanee Saul Niguez have left the club, joining Real Madrid and returning to Atletico Madrid respectively.

His prospective arrival in West London, which may still come to pass, would have significant impact on an already crowded Blues front line. With the likes of Christian Pulisic, Hakim Ziyech, Kai Havertz and Timo Werner already under contract, as well as the reported move for Manchester City’s Raheem Sterling, Raphinha would face real competition for his place.