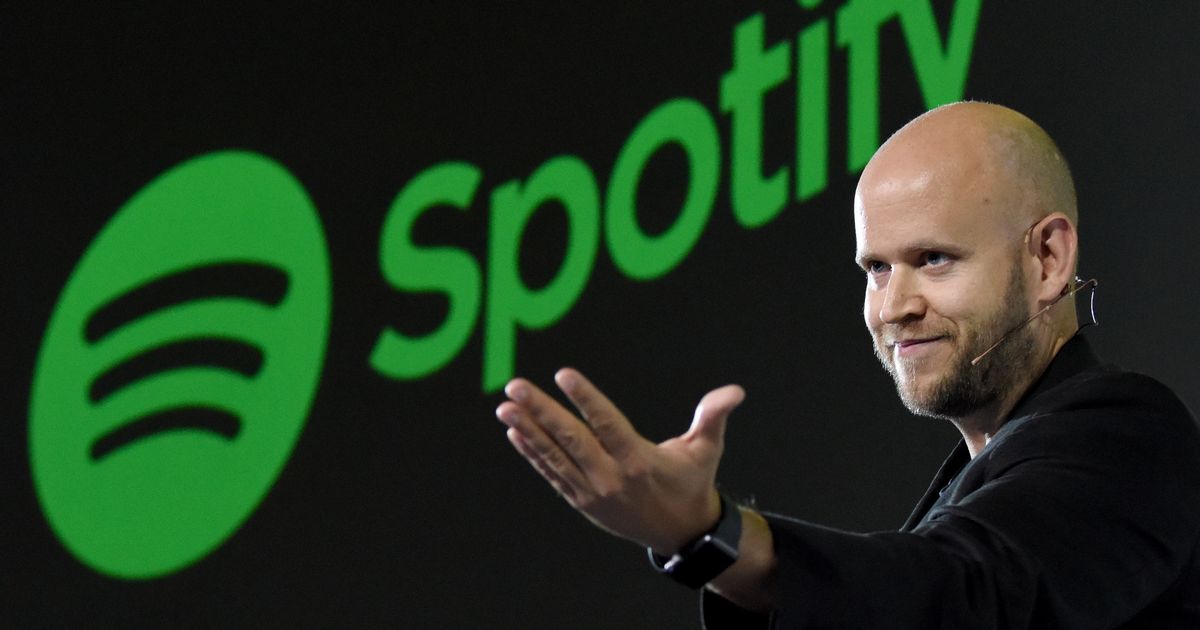 Barcelona are close to agreeing a kit sponsorship agreement with Spotify after the music streaming platform’s talks with Arsenal broke down.

Despite billionaire Ek preparing a second bid of over £2billion to buy the Gunners having had £1.8billion offer rejected, club owner Kroenke ruled out a deal.

The Swede is a boyhood Gunners fan and his interest in buying the club surfaced following the Super League debacle in April last year when fans’ frustrations against Kroenke spilt over.

However, such a move never came to fruition and Spotify are now closing in on a landmark sponsorship agreement with Barcelona, who are seeking a sponsor to replace Rakuten.

Have Your Say! Will Arsenal be able to fulfil their potential under owner Stan Kroenke? Tell us what you think here.

Daniel Ek, CEO of Swedish music streaming service Spotify, gestures as he makes a speech at a press conference in Tokyo on September 29, 2016. Spotify kicked off its services in Japan on September 29. / AFP / TORU YAMANAKA (Photo credit should read TORU YAMANAKA/AFP via Getty Images)

Japanese e-commerce giant Rakuten are set to end their £25million-per-season shirt sponsorship of the club at the end of the season with Barca seeking a replacement.

Rakuten – who signed a four-year shirt sponsorship agreement with the club in 2017 worth £47million per season – recently agreed a 12-month contract extension but on significantly reduced terms.

As per El Mundo Deportivo, Spotify are leading the race to replace Rakuten ahead of Tencent , a Chinese technology company, while the company Vegan Nation are no longer thought to be contenders.

The original partnership with Rakuten was struck in 2017 with the business relationship beginning after Rakuten president Hiroshi Mikitani had dinner with Barca defender Gerard Pique and his wife Shakira in San Francisco back in 2015.

In July, the relationship turned sour when a video surfaced of high-profile Barca players appearing to mock Asians while on a 2019 tour to the Far East.

Ek’s attempt to buy Arsenal last year saw him ally himself for his project with legendary former Gunners stars such as Thierry Henry, Patrick Vieira and Dennis Bergkamp.

“I’ve been an Arsenal fan since I was eight years old,” said Ek at the time. “I love the history, the players, and of course I love the fans.

“So as I look at that I just see a tremendous opportunity to set a real vision for the club, to bring it back to its glory.

“I want to establish trust with the fans and engage the fans again. So I’m very serious.

“I have secured the funds for it and I want to bring what I think is a very compelling offer to the owners and I hope they hear me out.”

Ek built his wealth from the creation of Spotify and his net worth is said by Forbes to be in the region of $4.4 billion.

The terms and valuations of any potential agreement between Barca and Spotify remain unclear.