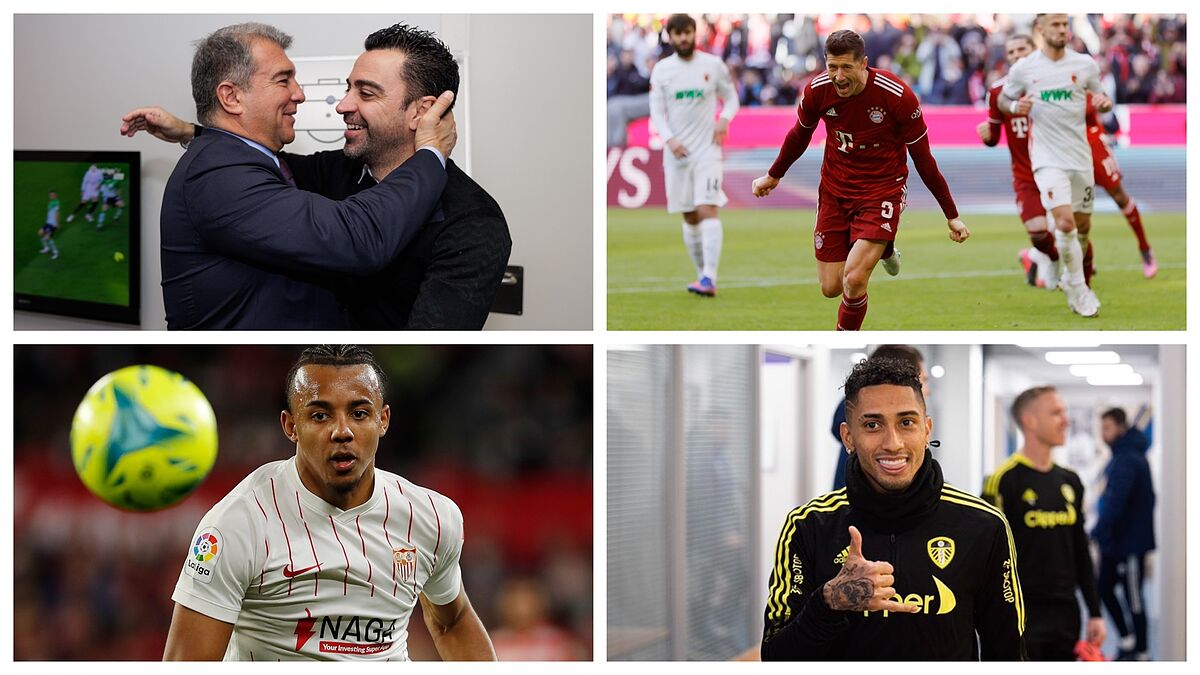 Joan Laporta is in no doubt, he believes he will once again make Barcelona a LaLiga Santander title-winning team.

He will give Xavi Hernandez a competitive squad for the 2022/23 season that will challenge for the titles on offer, and will do so thanks to the deals that he hopes to close within two to three weeks.

The coach wants signings that will make a difference, and he will have them – he will have 200 million euros at his disposal.

But the signings he wants to bring in will require a little more patience, especially Robert Lewandowski, a priority target and the first to be allocated the money.

Once the numbers for the 2021/22 campaign have been saved with the 25-year transfer of 10 percent of the TV rights to Sixth Street for 207.5m euros, the board is sure to close, within 15 to 20 days, the sale of the remaining 15 percent, which will see an income of 400m euros, of which 200 will go directly to reinforcements for the squad.

Xavi will have the funds to sign the players he wants.

The main signing will be Lewandowski. The Polish international is at war with Bayern Munich, with whom he only has one year left on his contract, and is only contemplating a move to the Camp Nou.

Laporta has reassured him that his move to Barcelona will be confirmed. The Bavarian side have valued him at around 50m euros.

Reinforcing the attack is a priority for the coach. He wants more goals and Lewandowski has them.

But, in addition, Xavi wants to make more use of the play on the wings. The continuity of Ousmane Dembele remains uncertain, but the club have grown confident of keeping the Frenchman this weekend, and plan to play him and Raphinha together.

Leeds have valued the Brazilian international, who is also wanted by Chelsea and Arsenal, at around 60m euros.

However, attack is not the only area of concern for Xavi. He also wants changes in defence to fight for the titles that Laporta demands.

In addition to Andreas Christensen, whose signing is expected to be made official in the next few days, he is looking to sign Sevilla‘s Jules Kounde, whose price tag is around 65m euros.

In defence, Barcelona are also considering the signings of Marcos Alonso and Cesar Azpilicueta, but their arrivals would be much more affordable.

Like Christensen, Franck Kessie is also waiting to be announced as a new Barcelona signing. Like the Dane, he will arrive at Camp Nou on a free transfer. But he might not be the only reinforcement in midfield.

Bernardo Silva is very much liked by Xavi. The problem is his price, Manchester City have valued him at 100m euros. And, for the moment, Laporta does not have the finances to deal with this addition as well.

His arrival would be possible, though, if the departure of Frenkie de Jong to Manchester United is completed.