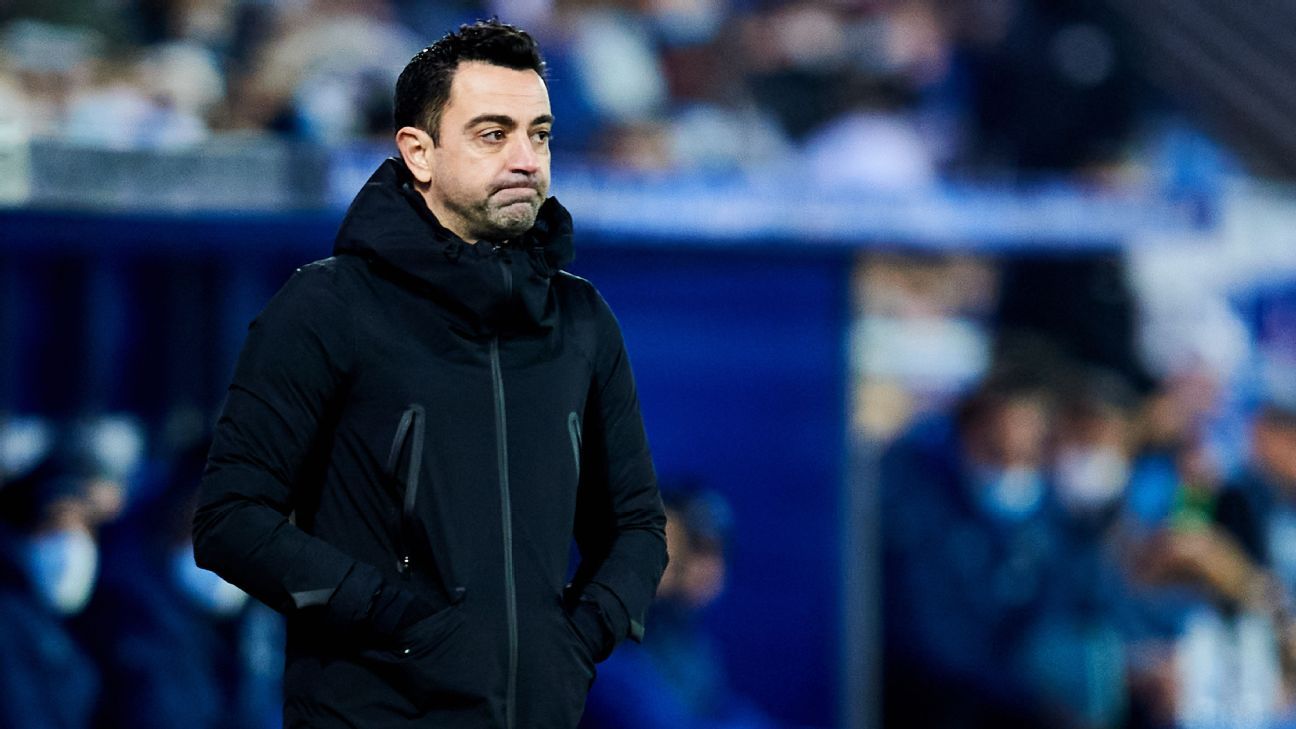 Barcelona coach Xavi Hernandez asked fans not to boo Ousmane Dembele after he was jeered as he returned to the squad for Sunday’s thrilling 4-2 win against Atletico Madrid at Camp Nou.

Dembele has not featured for Barca since Jan. 12 because of a failure to agree a new contract, with his terms up in the summer, but Xavi said he will look to use him after he failed to secure a move away from the club last month.

The French winger was named on the bench against Atletico and remained an unused substitute as Barca moved into the top four in LaLiga, but his name was whistled when it was read out ahead of the game.

“The fans were 10 of 10 and the support was brilliant throughout the game,” Xavi said in his post-game news conference. “But I would like them to support Ousmane, too. I’d ask them to stop booing him.”

Xavi also said that he had planned to bring Dembele on before right-back Dani Alves was sent off in the second half.

“The idea was for him to come on, but I decided on other things because of the red card and the way the game went,” he added.

Barca recovered from Yannick Carrasco’s early opener to race into a 4-1 lead early in the second half, thanks to a spectacular volley from Jordi Alba and further goals from Gavi, Ronald Araujo and Alves.

Luis Suarez pulled one back for Atletico on his return to Camp Nou, but Diego Simeone’s side could not find a way back into the game, even after Alves’ 69th-minute red card for a raking challenge on Carrasco.

“He said he didn’t mean it, but I think he meant it, for me to feel it,” Carrasco told Movistar. “It was so fast. I haven’t seen it, but that high, I don’t think he was going for the ball.”

The win moves Barca ahead of Atletico and into the fourth and final Champions League spot in LaLiga.

“It was more than a win,” Xavi added. “The fans, the staff, the players… we all needed that. It could be a turning point. It’s a huge win against the reigning champions.

“We have to keep working hard, it’s been difficult, but we’re turning things around. We’re in the Champions League places now, but we have to keep going with this style of play.”

Xavi also praised the “great” performances delivered by new signings Adama Traore and Pierre-Emerick Aubameyang, who both made their debuts after joining from Wolverhampton Wanderers and Arsenal respectively.

Adama started and set up the second goal for Gavi, with Aubameyang coming on after the break to help Barca see out the win.

Meanwhile, despite seeing his side concede four times as they slipped to their sixth defeat in the league this season, Atletico boss Simeone did not feel his team were inferior to Barca.

“No,” he said, limiting himself to a one-word answer when asked if he felt Barca had dominated Atletico.

“In the second half, after the 4-1, there was a reaction. More intense, stronger in the duels. That’s what we were looking for, like against Valencia [two weeks ago]. I’m responsible for generating that and I have to find a way for it to appear more often.”

The two managers had exchanged words before the game, with Xavi saying Barca fans would “not accept” Atletico’s style of play and Simeone saying Xavi “doesn’t understand” life outside of Barcelona.

“He looks for something which is the polar opposite of what we want,” Xavi said after the game, attempting to play down the spat. “Simeone understands football in another way. But that’s all it is, another way of seeing football, it’s not a fight or anything like that [between us].

“He’s happy without the ball, I’m sweating if we don’t have it. But Atletico are a great rival, the reigning champions. He’s a great coach and I have an incredible amount of respect for him.”