Arsenal right-back Hector Bellerin may want to take on a “new challenge” according to Bacary Sagna, who could envisage him moving on.

The Spaniard burst onto the scene at the Emirates having joined their youth ranks in 2011.

He has helped the club win several FA Cups, but he has still faced his fair share of criticism.

Barcelona were once linked with his services and Mikel Arteta is in the midst of reshaping his squad.

Sagna believes Bellerin may feel as if this is the ideal time to try something new – which is no reflection on the club.

“Hector has been there for years,” he told Goal. “He started playing not long after I left, so he has been in the team for like six years.

“And a bit like I felt, he probably feels that he wants to challenge himself because he has been there for a long time.

“At some point if you want to progress, in my mind you need to go somewhere and challenge yourself and start from zero again. This is how I felt.”

Arsenal have struck gold on the left side of their defence with Kieran Tierney consistently producing high levels.

The Gunners are reportedly targeting Inter Milan full-back Achraf Hakimi, who could replace Bellerin should he move on.

Sagna concedes he has been surprised by the Moroccan’s swift rise.

“I am sure they are assessing the situation quite well and they already have someone in mind [if Bellerin leaves],” he added.

“I was surprised when I saw him playing for Madrid because for me he was not that good. You could see the potential, but I never expected him to do as well as he is doing now.” 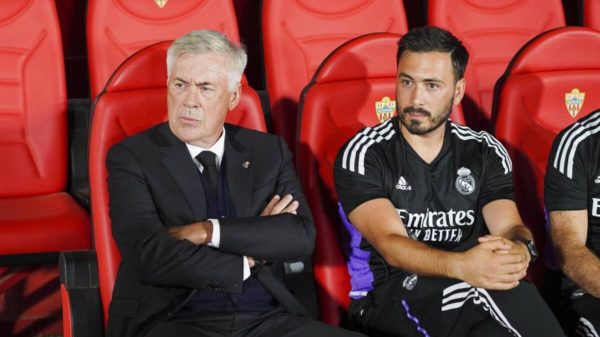