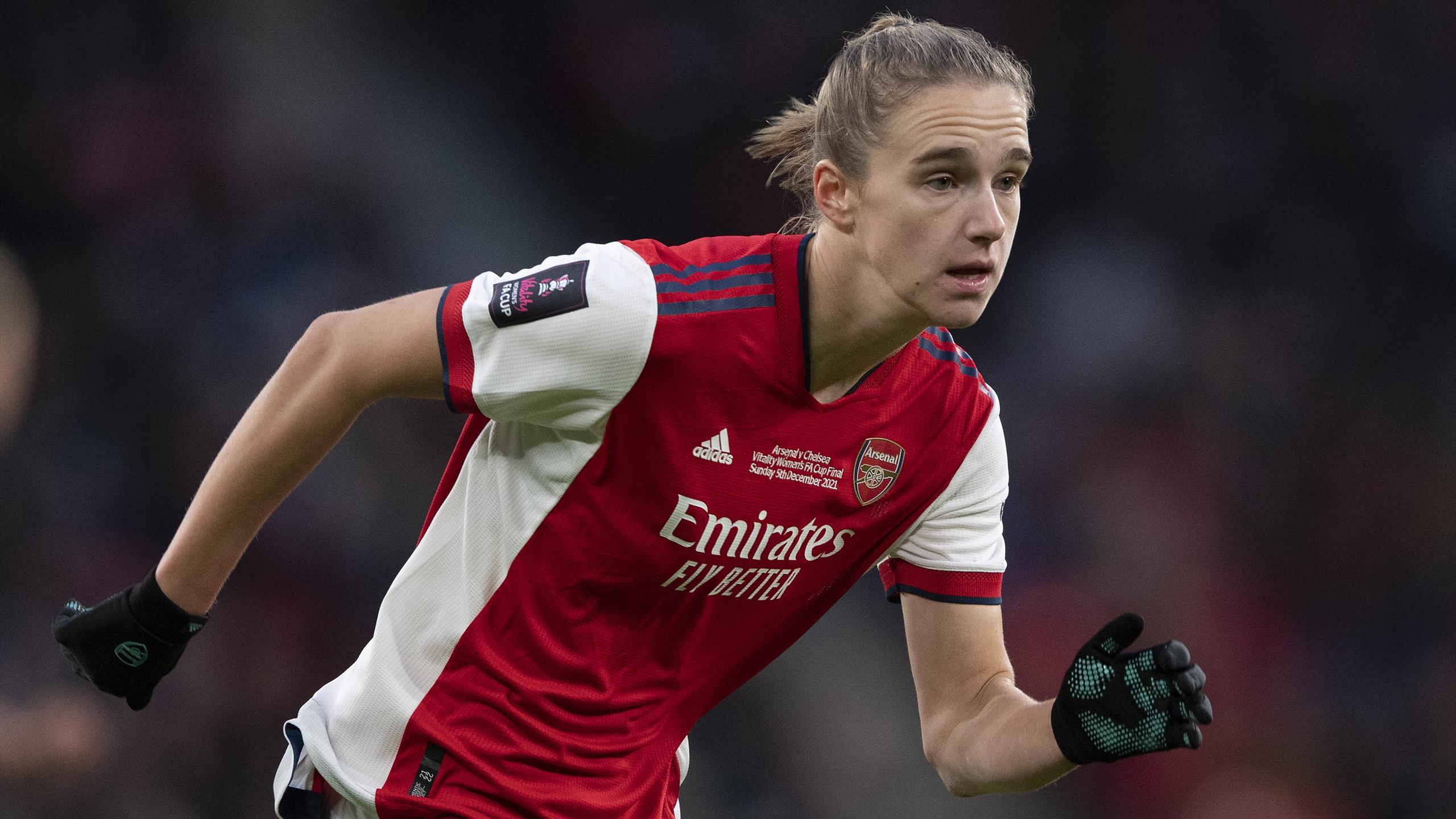 The 25-year-old Dutch international has scored 117 goals in 144 games since signing for the Gunners in 2017 from Bayern Munich, becoming the league’s all-time leading scorer.

With her initial contract expiring this summer, Miedema had been heavily linked with a move to Barcelona, but she is now set to stay in north London.

“I think the most beautiful thing about the game is building something with a team and with people around you that you really want to be around,” said Miedema, who scored 14 league goals as Arsenal finished a point behind WSL champions Chelsea this season.

“I do feel like I have got that at Arsenal. I feel like for me, winning titles with Arsenal will mean a lot more to me than winning them with another club at the moment. And that’s what I obviously hope to achieve with Arsenal.”

Miedema won the 2018/19 WSL title with Arsenal, and her new deal was welcomed by boss Jonas Eidevall, who has also recently signed a contract extension.

“Viv is a stellar talent and a hugely important player for this team, so it’s fantastic news that she is staying with us,” Eidevall said.

“As a club, our ambition is to win titles and compete at the highest level – we know Viv’s own ambitions are the same, and together we will give everything to achieve that.”

Arsenal’s head of women’s football Clare Wheatley added: “This is an important day for Arsenal Football Club. Viv is among the best players on the planet and has shown her quality year after year in the Arsenal jersey.

“We have ambitious targets here and Viv will play a key role in us reaching them moving forward.”