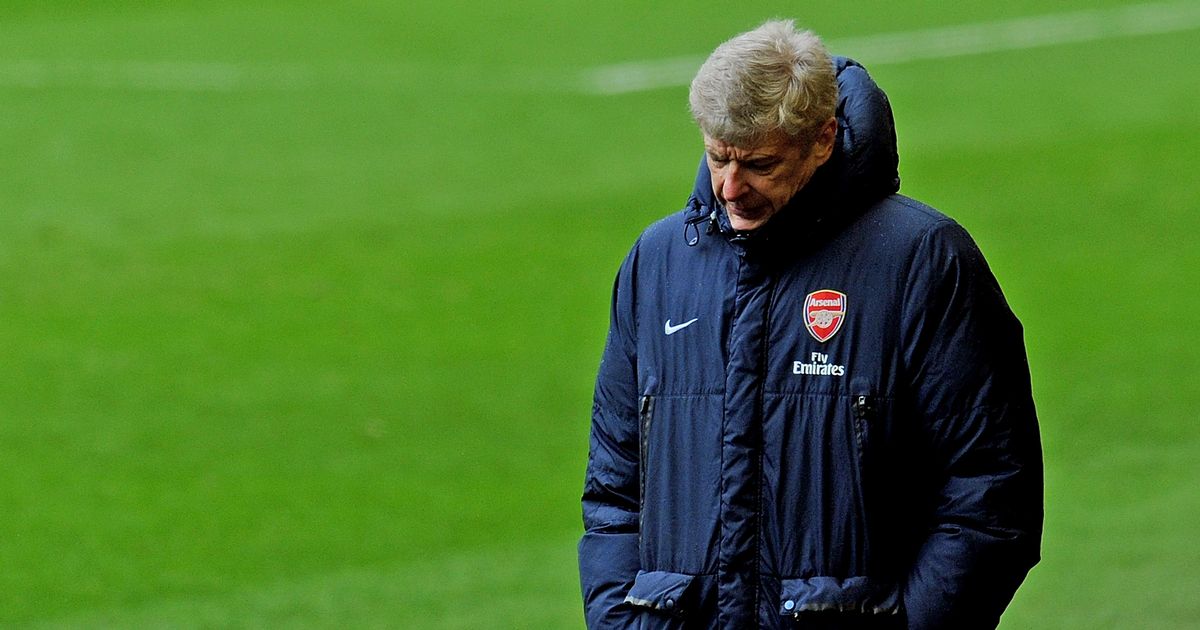 ON THIS DAY: Arsene Wenger’s Arsenal were top of the Premier League before they suffered a humiliating 5-1 defeat at the hands of Brendan Rodgers’ Liverpool at Anfield

Today marks eight years to the day since Arsenal suffered a humiliating 5-1 defeat at the hands of Liverpool, a result Arsene Wenger described as a “scar” in his heart.

Arsenal were league leaders at the time, although you wouldn’t want guessed that was the case after their display at Anfield that day.

Liverpool registered an emphatic win which saw them come fast out the blocks and score no fewer than four goals in the opening twenty minutes of the game.

Martin Skrtel got the ball rolling almost immediately from kick-off when the defender diverted the ball past goalkeeper Wojciech Szczesny from a Steven Gerrard free-kick.

The Slovakian defender then found himself in the right place at the right time once more when he headed home from Gerrard’s corner in the 10th minute.

And if that wasn’t bad enough then the worst was yet to come with Liverpool adding to their lead six minutes later courtesy of Raheem Sterling.

Liverpool then found themselves in dreamland when Daniel Sturridge was on hand to make it four moments later.

Arsenal were thankful it was only four as things could have been a lot worse had Liverpool been more clinical in front of goal.

Wenger ’s side had well and truly collapsed and not much changed as the game went on.

Liverpool struck again in the second half through Sterling, before Mikel Arteta pulled a goal back for the Gunners from the penalty spot with little more than 20 minutes to go. But it was too little too late and the damage had already been done.

The result left Liverpool in fourth and five points behind Arsenal, while the Gunners were subsequently leapfrogged by Chelsea after they won later in the day.

The game proved to be a turning point in the season for both teams, with Arsenal finishing in fourth place, while Liverpool ended up second after narrowly missing out on the title to Manchester City.

When asked about the result in the following season, Wenger described the defeat as a “scar in your heart forever”.

“Every defeat hurts, every defeat is a scar in your heart forever,” Wenger said in December 2014. “But we also have very good memories at Liverpool. We won many games there as well.

“And even last year, we lost against them and the week later against the same team, we won 2-0 at home in the FA Cup.

“We’ve won five of our last six games and we want to continue our strong run. We had a good game against Newcastle [in the 4-1 home win last Saturday] and Liverpool is a good game for us to show that we can have the continuity in finding a good balance between attacking well and defending well, because Liverpool are always very strong at home.

“We want to continue to be faithful to our philosophy, to play our game but also be solid defensively.

“I think Arsenal versus Liverpool is one of the great Premier League fixtures and I have a lot of respect for the crowd at Liverpool because they stand behind their team.

“I remember one day we were leading 5-1 at Liverpool and they were chanting: ‘You’ll Never Walk Alone.’ It’s one of the few grounds in the world where you can see that. There’s a special combination of knowledge of the game at Liverpool and support of their team. I have a huge respect for that.”