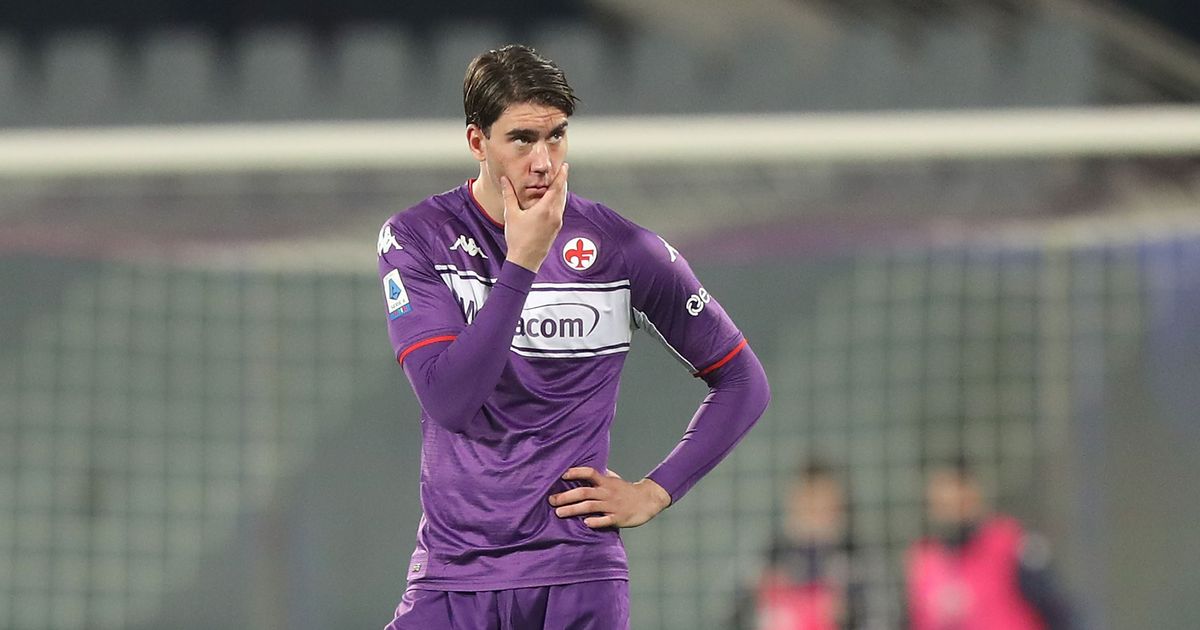 Arsenal are reportedly preparing to make a formal bid to sign Fiorentina striker Dusan Vlahovic, while further exits are also on the cards at the Premier League club

Arsenal are readying themselves for a busy 12 days as the January transfer window enters its final stages.

The Gunners brought in six new players over the summer for an outlay of over £150million but have not slowed down mid-season as Mikel Arteta’s attempts to overhaul the squad continue at pace.

With doubts remaining over Eddie Nketiah and Alexandre Lacazette, Arsenal are looking to sign a new striker.

Meanwhile, further departures could be on the cards after Folarin Balogun and Ainsley Maitland-Niles left the club on loan to join Middlesborugh and Roma respectively.

With that in mind, here are the latest transfer rumours involving the Gunners.

Dusan Vlahovic has been the name on the lips of every Arsenal fan recently and it seems things are picking up pace over the Fiorentina striker.

Vlahovic is in the final 18 months of his contract with the Italian side and is expected to leave them – the question is whether he will wait until the summer to do so.

Arsenal want to sign him this month and Italian newspaper La Nazione reported on Tuesday that Fiorentina expect to receive a formal offer in the next 48 hours for Vlahovic.

Vlahovic scored his 17th Serie A goal of the season in Fiorentina’s 6-0 win over Genoa on Monday night and is one of the hottest prospects in European football.

HAVE YOUR SAY! What are Arsenal’s priorities in the final days of the January transfer window? Comment below.

Pablo Mari is set to join Udinese on loan
(

There was another departure from Arsenal yesterday, with confirmation that Sead Kolasinac had joined Marseille after the Gunners agreed to cancel his contract.

The 28-year-old defender had made just two Premier League appearances this season and was not wanted by Arteta.

The departures will not stop there, though, with Pablo Mari expected to join Udinese on loan in the coming days, according to The Athletic .

Mari has only played three times this season and is keen to secure some regular game time.

Tyreece John-Jules and Miguel Azeez have been recalled from their respective loans at Blackpool and Portsmouth this week but could head out again before the window closes on January 31.

Granit Xhaka came close to leaving Arsenal to join Roma over the summer in a £15m transfer and, according to reports in Italy, Jose Mourinho could renew efforts to sign him at the end of the season.

Having signed an extension in August, Xhaka is under contract with Arsenal until June 2024.

The 29-year-old midfielder has been a regular under Arteta this season, but his red card in the 0-0 draw against Liverpool last week has reignited doubts over his future at the club.

In this article:Arsenal, Featured, Liverpool, Premier League, Serie A