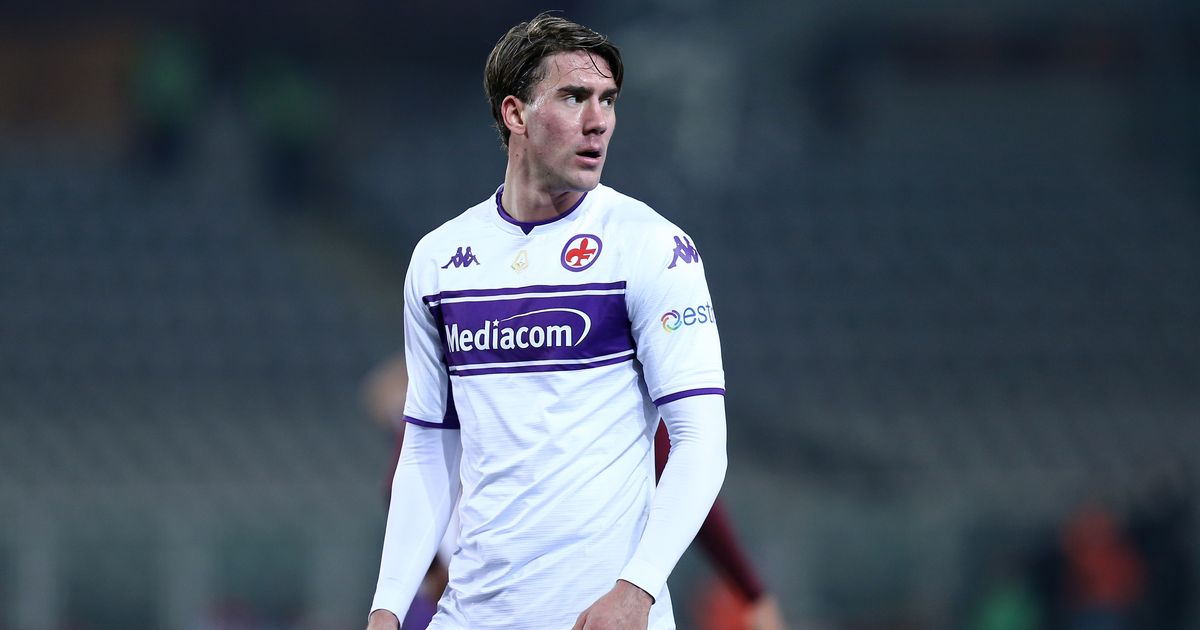 It has been a quiet window for Arsenal so far, with Mikel Arteta yet to make a new addition to his side.

Arsenal had been tipped for another busy transfer window after the club splashed the cash in the summer.

But despite being linked with several names this month, none of those moves have yet materialised.

However, with still more than a week to go in the window, there is still plenty of time for Arteta to bolster his squad with new arrivals.

With that in mind, here, Mirror Football brings you the latest gossip from The Emirates.

Vlahovic up for sale

Arsenal have been linked with Fiorentina’s Dusan Vlahovic

Fiorentina reportedly want to sell highly-rated forward Dusan Vlahovic during the January transfer window, while the club admit there have been talks with Premier League clubs over a potential deal.

Vlahovic, 21, continues to be linked with a move to the Premier League, with Arsenal, Tottenham and Newcastle all reportedly interested in the forward.

Fiorentina director Joe Barone told Italian outlet La Nazione : “Some English clubs have made contact with Fiorentina but there is no agreement and there can’t be if someone [Vlahovic] doesn’t talk.

“In any case, we are open to selling, the English clubs want Vlahovic but evidently he’s got other ideas – we are ready to negotiate but him and his agent won’t talk.

“There has been no communication from the player and his agent, although I asked them to be clear about their wishes.”

Vlahovic is the joint top goal scorer in Serie A this season alongside Lazio’s Ciro Immobile with 17 goals, and the Serbian forward has registered 20 goals and four assists in 24 matches in all competitions.

Gunners to miss out on Costa

Do you think Arsenal will make the top four this season? Let us know in the comments section.

Arsenal look set to miss out on a deal to sign former Chelsea forward Diego Costa, according to reports.

Costa had been linked with a free transfer to Arsenal following the termination of his contract with Brazilian side Atletico Mineiro.

Football journalist Fabrizio Romano says that Corinthians are closing in on a deal to sign the 33-year-old, while there are no talks on-going with Arsenal.

Costa left the Premier League and Chelsea in 2017 and returned to former club Atletico Madrid to re-unite with Diego Simeone in January 2018.

The forward terminated his contract with the Spanish capital-based club by mutual consent in December 2020, before signing for Atletico Mineiro the following August.

Bernd Leno has struggled for gametime this season
(

ESPN say the Gunners have already submitted an offer to the MLS side for the United States men’s national team keeper.

And The Sun claim securing a move for Turner will pave the way for Leno to join Eddie Howe’s side on loan with an obligation to buy clause in the summer if Newcastle avoid relegation to The Championship.

Leno has lost his place as Arsenal’s No.1 following the arrival of Aaron Ramsdale in the summer.

The German goalkeeper is said to be worried that his lack of first-team minutes will cost him a place in Germany’s World Cup squad in Qatar later this year.

In this article:Arsenal, Chelsea, Featured, Liverpool, Premier League, Serie A