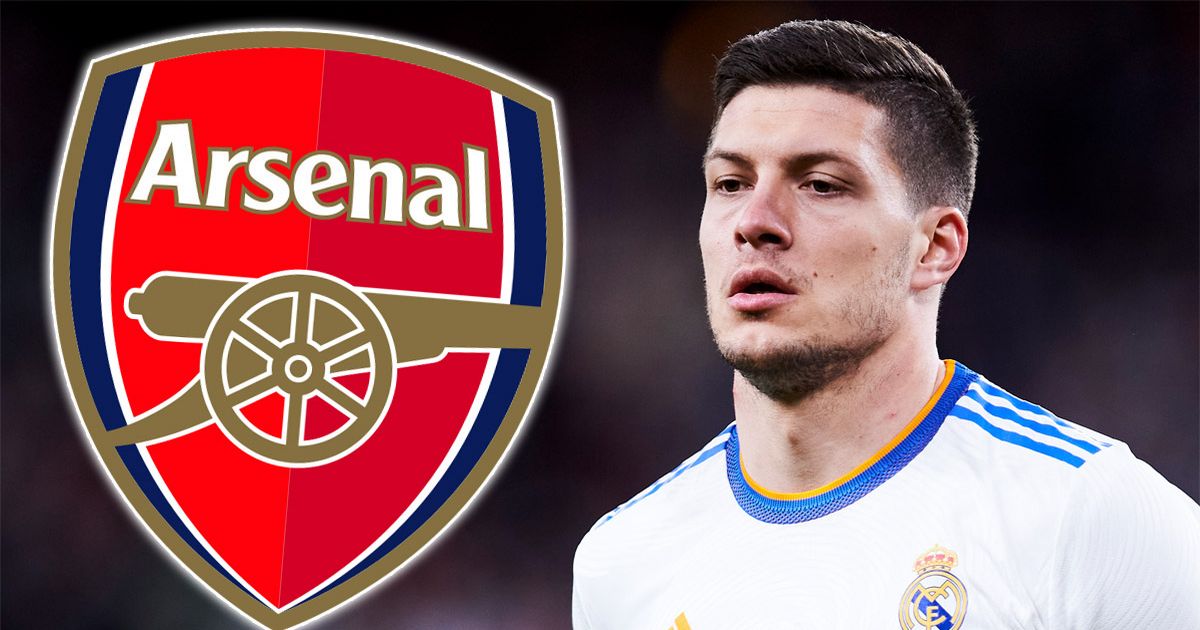 Arsenal are weighing up a move for Real Madrid misfit Luka Jovic.

The Gunners are reeling from missing out on Fiorentina ace Dusan Vlahovic, who is expected to complete a £63million move to Italian giants Juventus in the coming days.

And that has led them to his compatriot, Jovic, who has struggled since joining Real in the summer of 2019 for £58million, scoring just three goals in 32 La Liga appearances.

Before his move to Spain he was prolific for German side Eintracht Frankfurt – finding the back of the net 27 times in all competitions during the 2018-19 season.

Jovic also has 20 senior caps for Serbia, representing his nation at the World Cup in 2018.

Who should Arsenal sign in January? Let us know in the comments below!

As first reported by the Daily Star, the forward is on Arsenal’s radar – despite several other Premier League clubs rejecting the chance to sign him in the past year.

Real are now reportedly willing to allow Jovic to join the Gunners on loan and ease their worrying attacking situation, with the futures of current strikers Alexandre Lacazette, Pierre-Emerick Aubameyang and Eddie Nketiah all uncertain.

Lacazette and Nketiah are out of contract at the end of the season, while Aubameyang hasn’t played since losing the captaincy in December.

Dominic Calvert-Lewin, 24, is believed to be Arsenal’s preferred choice, but he’s not available in January with Everton’s Premier League survival hopes on the line.

Chelsea, Leicester and Manchester United all reportedly considered making a move for Jovic in the summer of 2020, although nothing ever materialised.

He’s also believed to have been offered to West Ham, but manager David Moyes isn’t keen on bringing him to the London Stadium.

Jovic has gotten into trouble several times during his Real career, breaking Covid rules in March 2020 to attend his girlfriend’s birthday party.

He also broke social distancing rules in June 2020 by attending a barbeque and his behaviour was criticised by the Serbian prime minister Ana Brnabic.

“We have the negative example of our football stars who earn millions and have ignored the obligation to self-isolate so they can return home,” said Brnabic in March 2020.

Jovic’s off-the-pitch record will be a concern to Arsenal manager Mikel Arteta, who is yet to reintegrate Aubameyang into the team following his “displinary breach” last month.

Real’s offer is also problematic, as the Gunners need a player who can hit the ground running and not someone out of form.

Despite these concerns, speaking in January 2020, then Real manager Zinedine Zidane said: “Jovic… he is the future. There’s a need to be calm with him as he is learning.

“He is a kid who really wants to learn. He’s very good and he’s going to score lots of goals.

“We’re backing him and we need to be calm with him.”

However, now Los Blancos are actively seeking to cut their losses. Moving him out now on loan will put him into the shop window ahead of a potential summer sale.