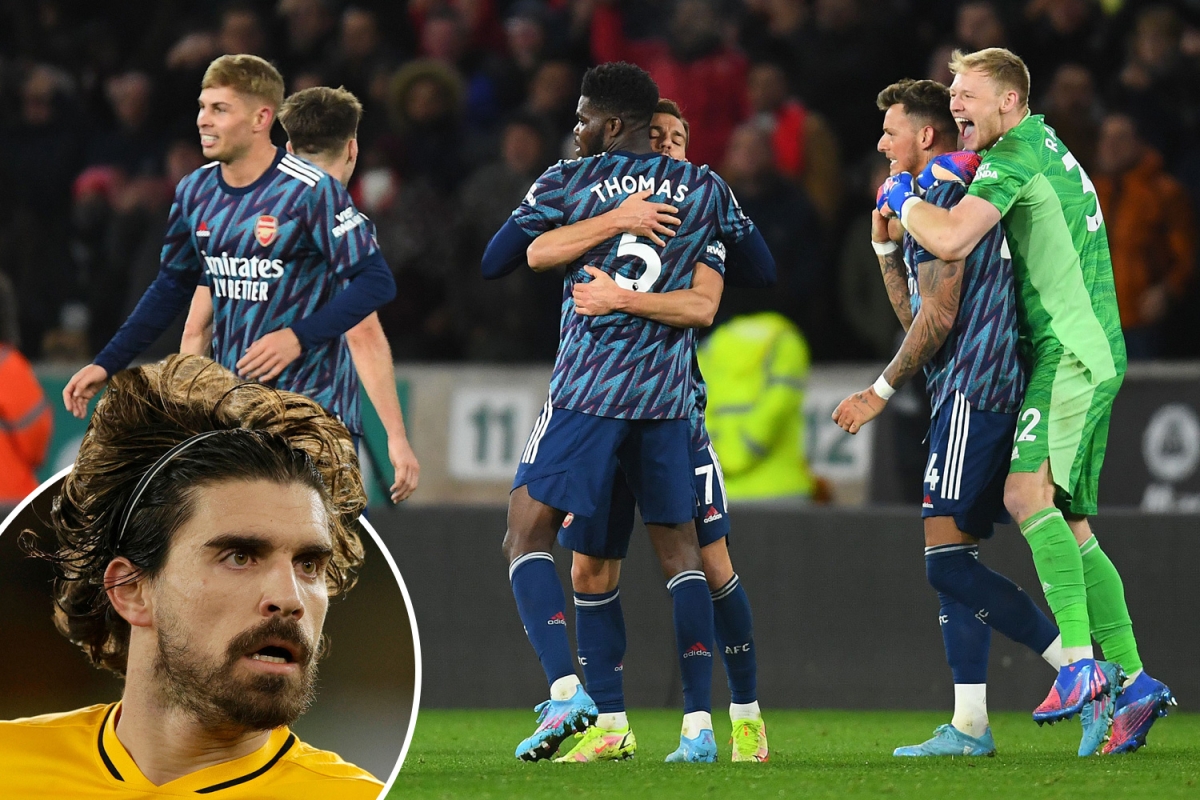 RUBEN NEVES has claimed Arsenal ‘celebrated like they had won the league’ after beating Wolverhampton Wanderers last night.

Defender Gabriel sealed the 1-0 victory after lashing home Ben White’s knockdown from a corner at Molineux.

But Mikel Arteta’s side were forced to hang on for the final 20 minutes after Gabriel Martinelli was sent-off for two bookings within FIVE SECONDS of each other.

Both were for infringements – one for stopping a throw-in and another a foul on Chiquinho.

After the huge backs-to-the-walls performance, Arteta hugged his coaches at the full-time whistle and his players embraced each other in front of their delirious away supporters.

However, Wolves star Neves claims he has not seen anything like it in the ‘last 10 years’ and feels the reactions were way over the top from the Gunners.

Wolves’ 24-year-old Portuguese midfielder told BBC Sport: “We did well but we are struggling to score goals and conceding a lot on set-pieces.

“They need to do the same decisions in every game because it’s frustrating for us.

“We saw the way they celebrated the win and that shows the level we are.

“I didn’t see Arsenal celebrating like this in the past 10 years – it was like they won the league.”

Arsenal’s first win in six games took them up to fifth in the Premier League.

It also denied eighth-placed Wolves the chance of a fourth straight top-flight victory.