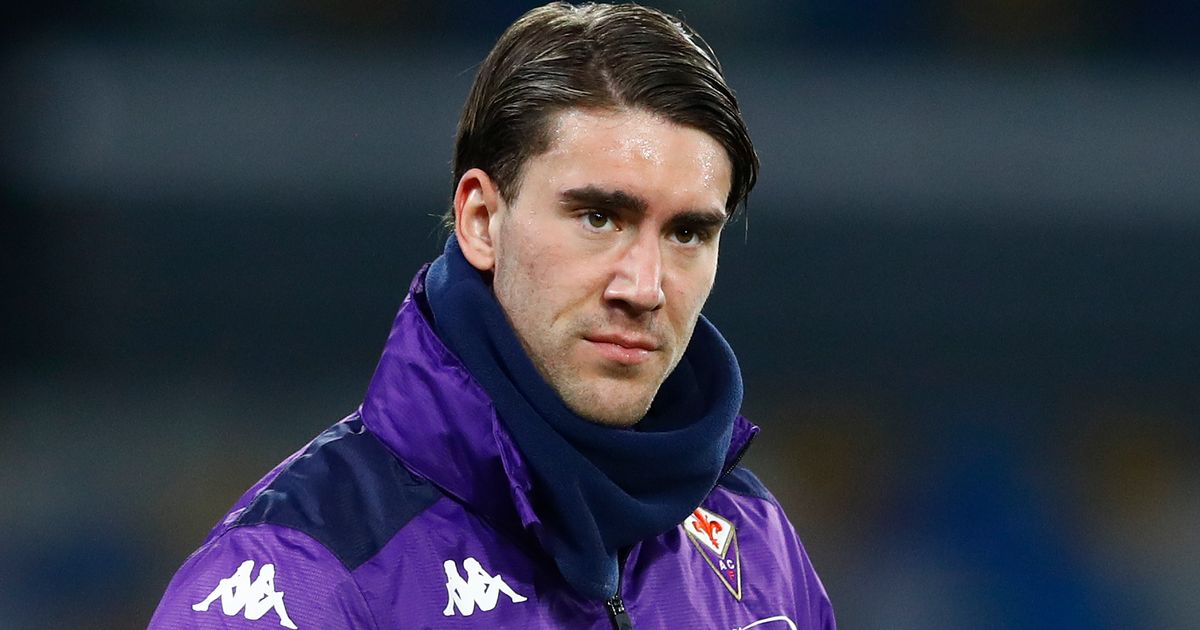 Fiorentina striker Dusan Vlahovic has been linked with a move to Premier League side Arsenal during this month’s January transfer window, and the move could now be imminent

Arsenal’s big January transfer window play for Fiorentina striker Dusan Vlahovic could be entering its final phase following reports the Gunners have set a deadline for the forward to make a decision about a move.

Mikel Arteta and sporting director Edu have been working hard to land the Serbian striker this month as they fear more clubs could bid for him in the summer.

But Fiorentina head coach Vincenzo Italiano has fired the Gunners a warning as they look to tie up the deal this week.

It comes after Arsenal have made a decision about Mikel Arteta s the Spaniard approaches the final 12 months of his contract.

Join the debate! Would Vlahovic be a good signing for Arsenal ? Let us know what you think in the comments below.

Arsenal bosses have been so impressed with the club’s progress under Mikel Arteta that they are set to extend the Spaniard’s stay at the Emirates Stadium.

The former Manchester City assistant arrived at Arsenal in 2019 to take over from Unai Emery after the club struggled under his stewardship.

Arteta has had a challenging reign in charge of the Gunners, although their form this season has shown promising signs as the club continues an extensive rebuild and invests in young players who they hope will grow in value.

The Spaniard is set to enter the final 12 months of his contract next season, but a number of incidents are said to have impressed club chiefs so much that they are now looking to tie him down to a new deal.

Dusan Vlahovic has reportedly been told to make a decision on his big-money move away from Fiorentina by the middle of this week.

The Serbian striker’s club are said to be growing frustrated by his current situation and reports coming out of Italy have suggested the Gunners have now given the forward a deadline to make his decision by.

The player has also been linked with the likes of Juventus, Manchester City, Tottenham and Atletico Madrid, although Arsenal are believed to be the only side to show a firm interest in signing the player this month.

Other clubs are expected to enter the frame for Vlahovic in the summer, leaving the player stalling as he makes his decision – with Mikel Arteta unable to meet one of his demands.

Fiorentina head coach Vincenzo Italiano has fired a transfer warning to Arsenal as they wait to find out if Dusan Vlahovic will opt to sign for them this month.

Vlahovic has scored 17 goals in 21 Serie A appearances this season and has emerged as Arsenal’s number one target with Pierre-Emerick Aubameyang being frozen out and the likes of Alexandre Lacazette and Eddie Nketiah out of contract at the end of the season.

And with his star striker continually being linked with a big-money transfer this month, Italiano has sent a strong warning to clubs chasing the striker.