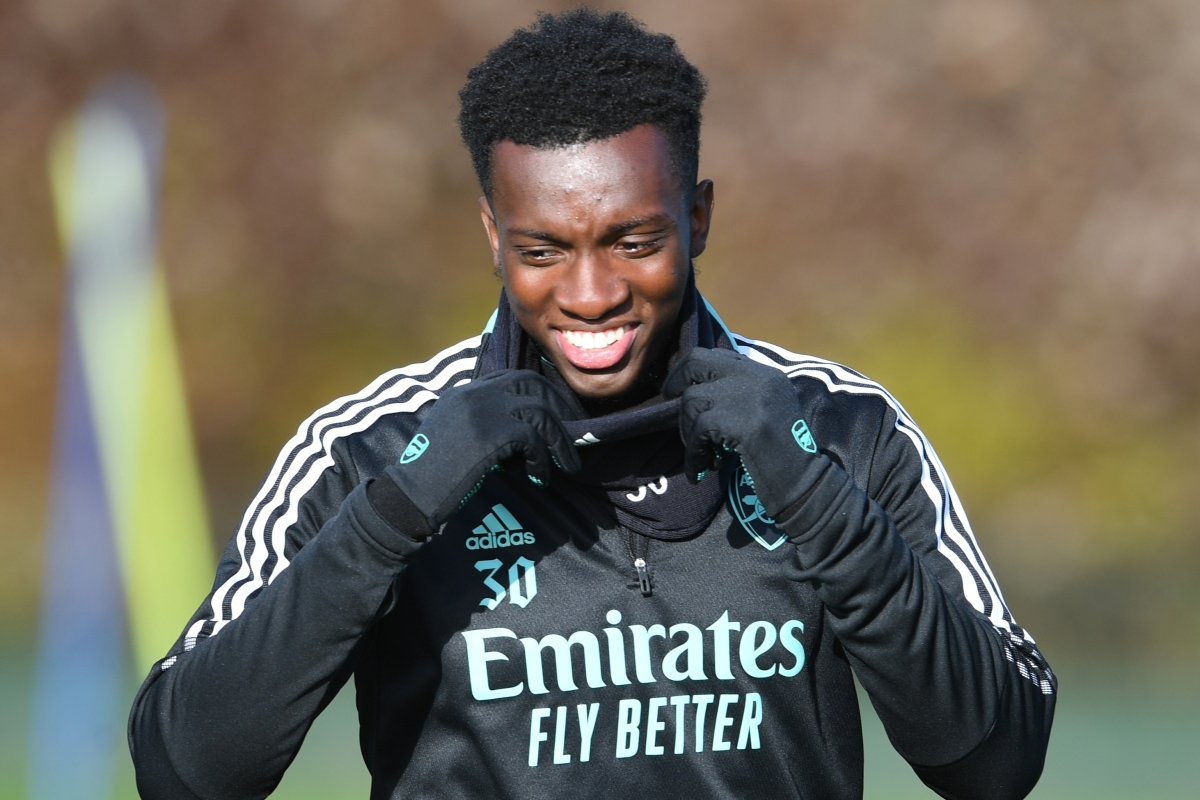 Nketiah is out of contract next summer and looks set to leave the Emirates on a free transfer.

Newcastle and Crystal Palace are both said to have made bids for the hitman, who has 18 goals in 75 Arsenal appearances.

However, Mikel Arteta rejected the offers after finding himself light up top.

That’s because Pierre-Emerick Aubameyang was granted a shock free transfer to Barcelona, having flown to Spain on the morning of deadline day without informing his club.

Arsenal had been hoping to sign Dusan Vlahovic as their new No9, but the Fiorentina man opted for Juventus.

The Gunners then turned their attention to Vlahovic’s new teammate Alvaro Morata.

But he opted to remain in Italy after a nightmare spell at Chelsea.

Whether Nketiah gets any more minutes this season remains to be seen, with Alexandre Lacazette the new first-choice striker under Arteta.

But he too is out of contract this summer, and has even hinted at a shock reunion with Aubameyang at the Nou Camp.

Posting a message on social media, Lacazette wrote: “My bro !! Thanks for the last 4 years, my experience in Arsenal would have been different without you..

“Wish you good luck in your next chapter! See you soon.”