Arsenal have been buoyed with news that Bukayo Saka and Gabriel Martinelli should be fit to face Slavia Prague in Thursday’s vital Europa League tie.

The success of the Gunners’ season rests on a positive result in the second leg of the quarter-final, after a disappointing 1-1 draw in last week’s first encounter.

But Mikel Arteta suffered two injury scares in Sunday’s 3-0 victory at Sheffield United, as Saka limped off the pitch and Martinelli was also withdrawn late on after scoring his side’s second goal.

The latest update on the pair is far more promising, with Martinelli declaring himself fit and Saka expected to be available.

Arsenal’s doctors are confident Saka, 19, simply suffered a dead leg at Bramall Lane, according to the Daily Mail , rather than a recurrence of the hamstring injury he sustained last month.

The versatile England international should be available for selection if that is the case, alongside 19-year-old Brazilian Martinelli, who has told his manager: “I am alright to play on Thursday.”

Will Arsenal get the job done against Slavia Prague? Have your say in the comments.


Elsewhere, Arteta is without the services of centre-back David Luiz and left-back Kieran Tierney, with the latter expected to miss the rest of the season with a knee injury.

Captain Pierre-Emerick Aubameyang is set to be available after missing the Premier League clash with the Blades through illness, while playmakers Martin Odegaard and Emile Smith Rowe are doubts to face Slavia Prague.

Asked if Odegaard and Smith Rowe would feature against the Czech club, Arteta told reporters on Sunday: “I don’t know. I want to think yes but if I’m honest I don’t know.”

AC Milan should stick with Rade Krunic rather than Ismael Bennacer when they head to Sassuolo for Sunday’s title decider, a report claims. The... 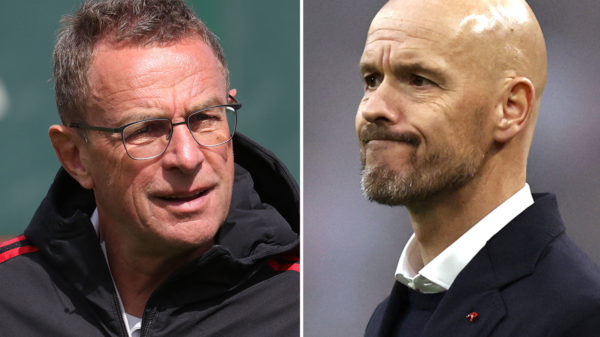 ERIK TEN HAG will work remotely this week to avoid “causing a distraction”, according to reports. The new Manchester United manager is eager to...