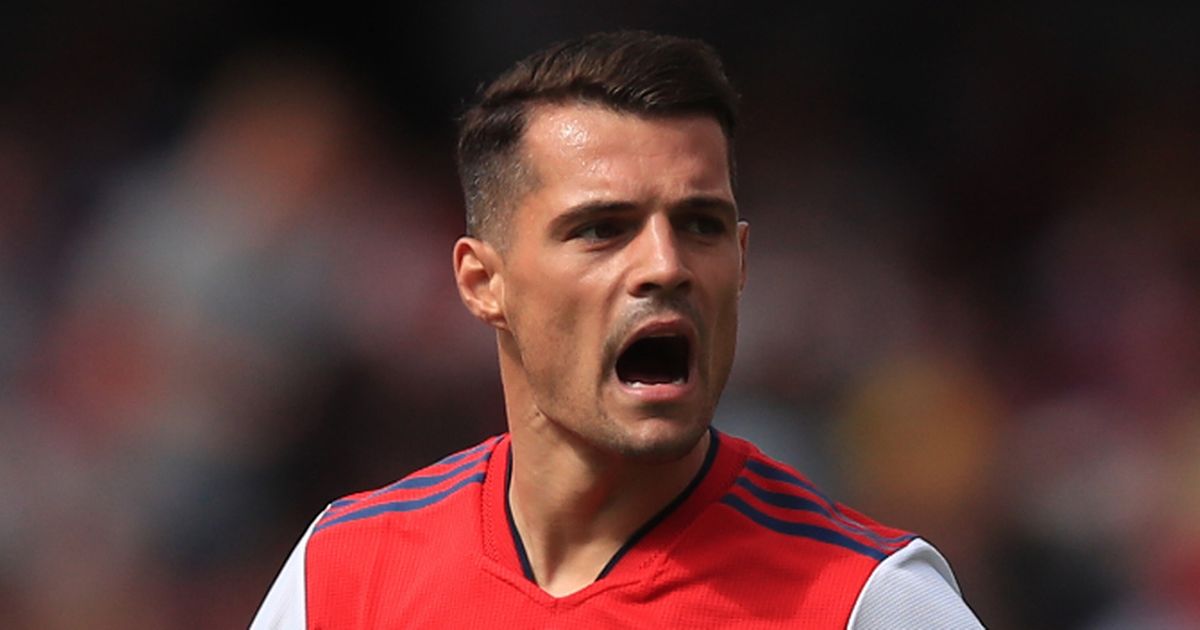 The Gunners went into Monday night’s Premier League clash at St James’ Park knowing victory would leave them in pole position to claim a top-four place ahead of arch-rivals Tottenham when they entertain Everton on Sunday. However, a 2-0 defeat on Tyneside means their fate is out of their own hands, with Spurs two points clear in fourth with a far superior goal difference and knowing a single point at Norwich is likely to be enough to see them home.

Following the match, Xhaka gave a bizarre interview on Sky Sports in which he told his Arsenal teammates to “stay at home” if they are nervous about the Premier League run-in. It comes as Jamie Carragher has identified the huge flaw in Mikel Arteta’s side as they face missing out on Champions League qualification.

And famous Arsenal fan Piers Morgan has clashed with Jeff Stelling over what they think is the exact reason for Arsenal’s downfall this season.

Join the debate!Will Arsenal qualify for the Champions League?Let us know what you think here.

The Magpies won thanks to an own goal by Benjamin White and a late goal by Bruno Guimaraes. But following the results, Xhaka gave an extraordinary interview to Sky Sports where he went in on his teammates.

In an astonishing outburst the midfielder accused his fellow players of failing to follow manager Mikel Arteta’s plans or having the right mentality for the top four race. And Wright has now called Xhaka’s tirade “very strange” saying the former Gunners captain will have “upset people” with the comments.

Jamie Carragher has identified the fatal flaw which appears to have cost Arsenal a place in next season’s Champions League.

The Gunners sit in fifth place in the Premier League with just one game remaining. They are two points behind Tottenham Hotspur although they have a significantly worse goal difference which means a draw for Spurs against Norwich will all but seal their place in the top four.

And Carragher says Mikel Arteta’s team “can’t get out of defeats” and gave “no reaction” to their recent poor performances.

Following the disappointing defeat to Newcastle United, to criticise manager Mikel Arteta and the club’s decision to allow Pierre-Emerick Aubameyang to join Barcelona in the January transfer window. But Stelling took exception to his claims as he insisted “Arteta has done exceptionally well”