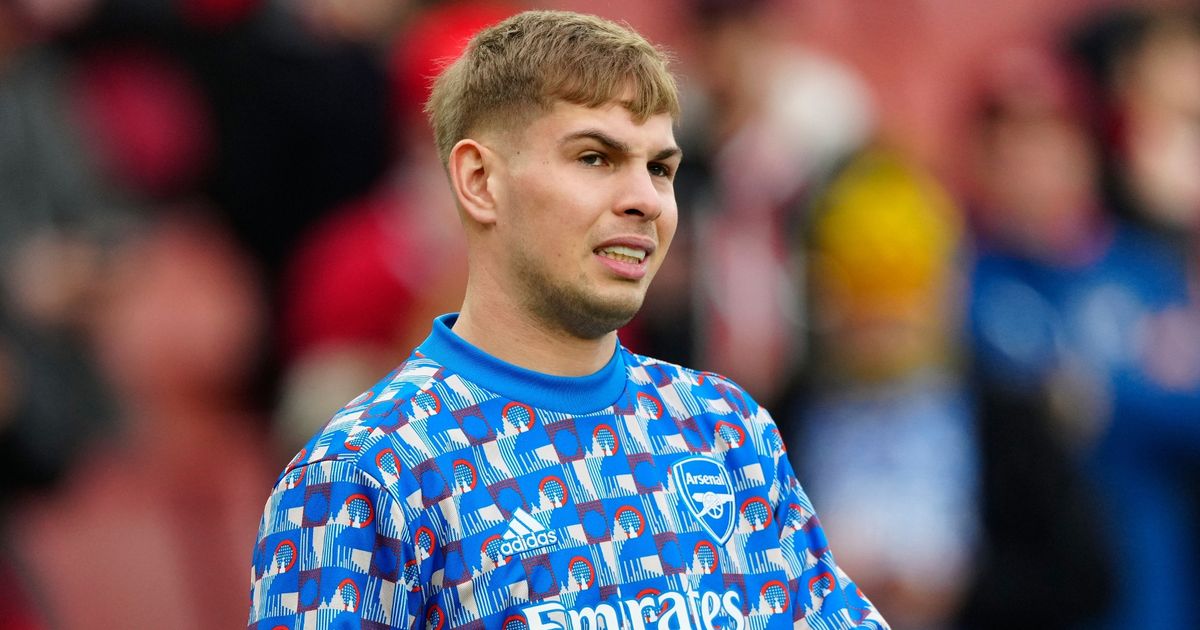 Arsenal owner Stan Kroenke watched his NFL team – the Los Angeles Rams – in the Super Bowl on Sunday night, while Emile Smith Rowe has been tipped as a possible solution to the team’s lack of centre-forward depth

Arsenal had the benefit of a welcome Premier League weekend off due to Chelsea’s Club World Cup commitments.

It may have come at a good time for the team and manager Mikel Arteta, as they were involved in a gruelling showdown with Wolverhampton Wanderers on Thursday, eventually winning 1-0 thanks to a goal from Gabriel.

On Saturday, they watched top-four rivals Manchester United drop points, while a day later West Ham United only drew at Leicester City and Tottenham Hotspur slipped to a 2-0 loss at home to Wolverhampton Wanderers.

It means there is a lot of pressure on next weekend’s home clash with Brentford and Arteta will be desperate to make the most of the time on the training pitch in the coming days.

Would Smith Rowe work as a false nine for Arsenal? Let us know in the comments section below!

With their team not in action this weekend, some Arsenal supporters may have opted to stay up late for the Super Bowl on Sunday night.

The Cincinnati Bengals were taking on the Los Angeles Rams in the NFL’s showpiece attraction, with the latter outfit owned by Stan Kroenke.

It is the second time in three years the Rams have made it to the sport’s biggest game. Expectations were high for the team this season too, as they made high-profile acquisitions in Matthew Stafford, Jalen Ramsey, Von Miller and Odell Beckham Jr. in an attempt to make it to the Super Bowl.

Arsenal supporters will be hoping a similar blueprint can be put in place at the Emirates Stadium by Kroenke to take the team back to the summit of English and European football.

With Pierre-Emerick Aubameyang sold and no replacement acquired in January, Arsenal’s biggest concern between now and the end of the season will be the depth up front.

Alexandre Lacazette has done a decent job leading the line in recent weeks, but is not a prolific goalscorer any more. In reserve, Arsenal only have Eddie Nketiah.

While there has been a lot of talk about Gabriel Martinelli moving from the left flank into a central position, Arteta may look to his former colleague Pep Guardiola at Manchester City for a possible alternative solution.

Charlie Parker-Turner believes Emile Smith Rowe could be an option as a false nine in the same way Phil Foden has excelled in the position for City.

Reports in Italy have suggested that Jose Mourinho wants to sign Granit Xhaka from Arsenal, as he plans to rebuild his team at the Stadio Olimpico.

The capital club have endured a season of significant ups and downs, with Mourinho recently said to have blasted his players after a defeat to Inter Milan in the Coppa Italia.

On Sunday, they salvaged a 2-2 draw at Sassuolo thanks to Bryan Cristante’s 94th-minute goal.

Mourinho is said to be considering a major overhaul at the end of the season, with Xhaka on his wishlist along with Feyenoord’s Marcos Senesi and Eintracht Frankfurt’s Filip Kostic.