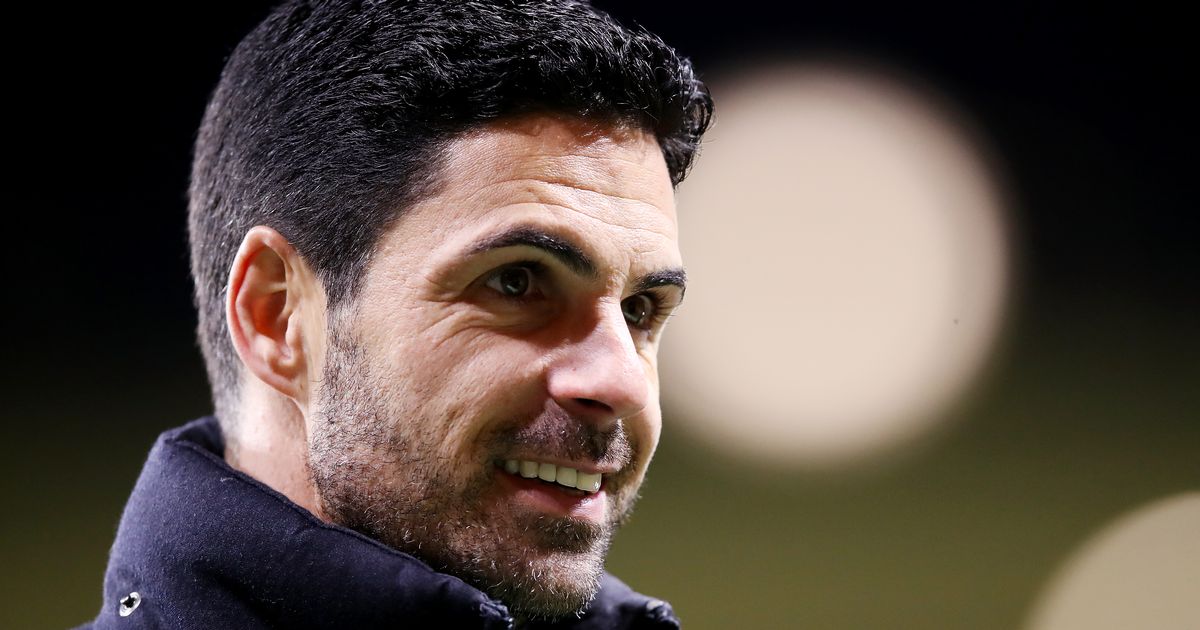 Mikel Arteta appears to have a plan on how he can fill the void left in Arsenal’s forward line following the January transfer window.

The Gunners let ex-captain Pierre-Emerick Aubameyang leave for Barcelona but failed to land their top target to replace him as Serbian forward Dusan Vlahovic opted for a move to Juventus over Arteta’s side.

But the Gunners’ recent tactical set-up in training suggests the Gunners boss could turn to a familiar face.

It comes following reports that Arsenal snubbed an offer from Paris Saint-Germain to swap Aubameyang for Mauro Icardi last month.

And Arsenal owner Stan Kroenke has spoken after his other bog sporting franchise – the LA Rams – won the NFL Super Bowl.

Join the debate! Who do you think is the long-term solution to Arsenal’s problems up front? Let us know what you think here.

Arsenal owner has opened up after watching his other major sporting franchise claim a major prize.

On Sunday night the LA Rams won a dramatic Super Bowl 56 as they beat the Cincinnati Bengals 23-20.

A number of parallels can be made between both of the franchises, with the Rams moving to their new state-of-the-art $5billion SoFi Stadium in 2016.

And after they lifted the Vince Lombardi Trophy, Kroenke’s words could offer some hope to Gunners fans for the future.

Paris Saint-Germain reportedly offered the Gunners the opportunity to swap Pierre-Emerick Aubameyang for Mauro Icardi during the January transfer window.

Aubameyang found himself ostracised by Gunners boss Mikel Arteta following a disciplinary breach in December which left him training alone and left out of Arsenal’s first XI.

With Alexandre Lacazette and Eddie Nketiah’s contracts set to expire at the end of the season, Arteta and sporting director Edu worked hard to bring in a new forward during the January transfer window – with reports now suggesting another offer was tabled which could have helped them.

But details have now emerged on why Arsenal decided to snub the offer.

But it seems now Mikel Arteta appears to has found the solution to his problems up front this season after making a tactical tweak in training.

Aubameyang’s move to Barcelona has left the Gunners a little short up top, with Lacazette and Nketiah’s expected departures likely to thin Arteta’s squad even further.

But reports have now suggested that Arteta is ready to give young Brazilian forward Gabriel Martinelli the opportunity to stake his claim as the club’s main striker between now and the end of the season.