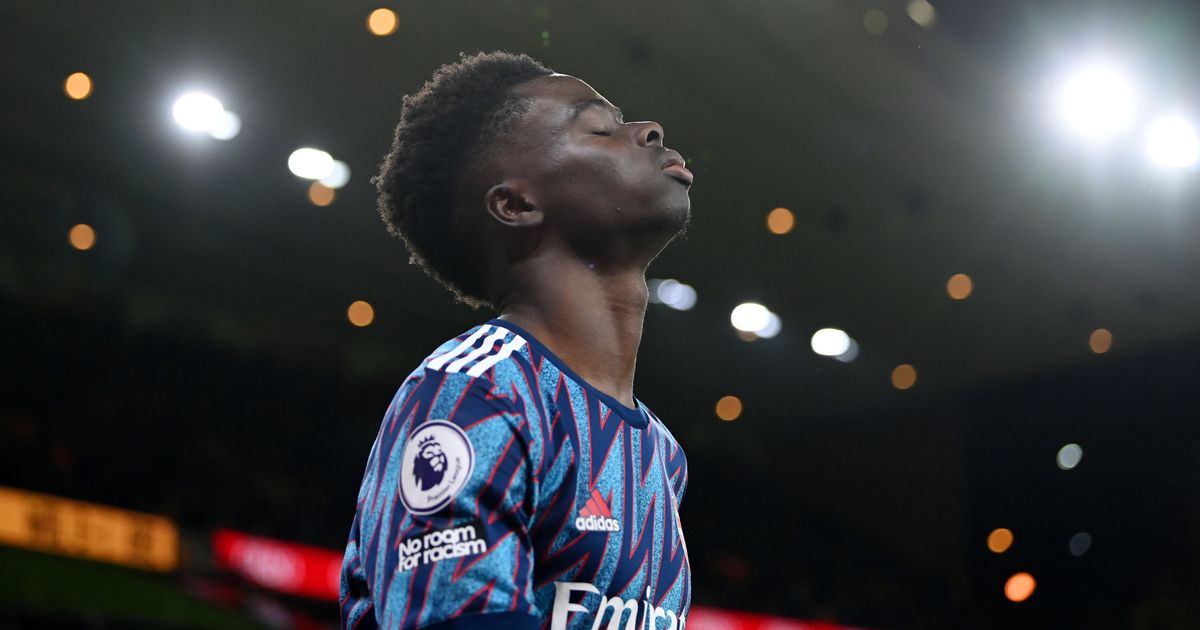 Bukayo Saka has spoken out on his ‘dream’ to play Champions League football, while Mikel Arteta’s call for Arsenal to improve their red-card record has fallen on deaf ears

Thursday’s win felt like a big one for Arsenal.

Away at an in-form Wolverhampton Wanderers team and down to 10 men for the final stages of the game, the Gunners clung on to the lead they’d established in the first half thanks to Alexandre Lacazette’s goal.

Having watched his team struggle for their best in the early weeks of 2022 manager Mikel Arteta would have been pleased with the effort at Molineux, which keeps Arsenal firmly in the race for a top-four finish.

Arsenal can now watch on this weekend to see how their rivals fare, as Chelsea’s involvement in the Club World Cup means they have no Premier League fixture to fulfil.

Was it the right decision to send off Martinelli? Let us know in the comments section below!

Arsenal’s disciplinary record has been poor under Arteta

Arsenal winger Bukayo Saka has said it is his “dream” to play Champions League football.

The Gunners academy product has enjoyed a stellar season and is the crown jewel in Arteta’s enterprising young team.

However, speculation has surfaced in recent weeks about possible problems with a contract extension, leaving some Arsenal fans a little concerned over the England tyro’s long-term future in north London.

Finishing in the top four would seemingly help those talks though. “I think the Champions League creates so many special nights and it’s a dream for me still to experience one of them and hopefully many more of them,” Saka said.

Ahead of Arsenal’s clash with Wolves, Arteta commented on how he was looking to combat the team’s poor disciplinary record.

“We played three games out of five with 10 men, and if that’s one of the things in the last 17 games that we continue to do, our chances to be where we are going to be really low,” he said.

“We have to play with 11 players on the pitch. We need most of the players available and fit as much as possible.”

However, Gabriel Martinelli was given two yellow cards in quick succession to set up a nervy finish for the Gunners in the Midlands, with his team-mates eventually bailing him out.

Arsenal great Ian Wright doesn’t believe the team has a disciplinary problem despite the recent spate of red cards.

Martinelli’s dismissal on Thursday made it a whopping 15 red cards under the tutelage of Arteta, with the team frequently shooting themselves in the foot with poor judgement.

Wright doesn’t believe that Arsenal are reckless in their approach though, instead putting the sendings off down to rash decision making.

“Yeah, 15 (red cards) sounds like a lot… well it is a lot! But at the same time, you look at them and we’re not talking about players that are flying in and doing silly challenges and stuff like that,” said the former striker.

“This here was a natural reaction from him, he’s gone to push him and then the next one he’s fouled him. It’s not malicious stuff.”