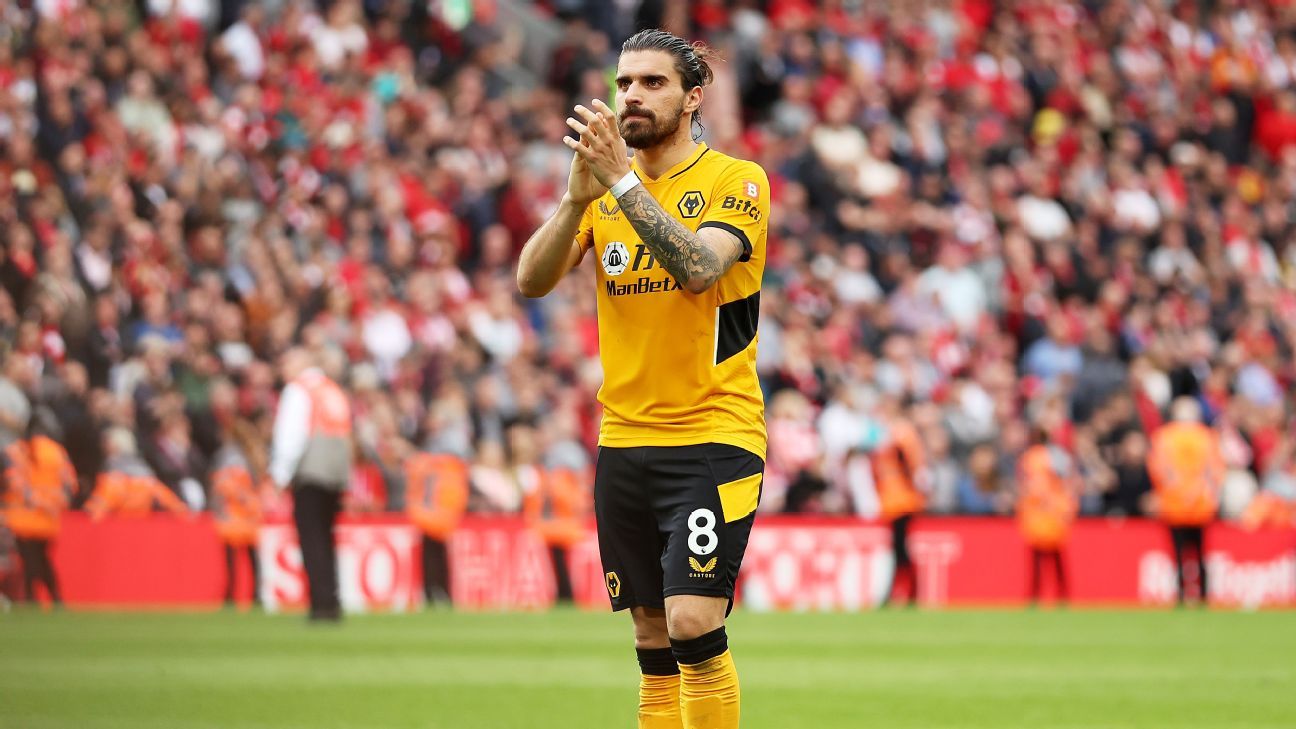 Arsenal and Manchester United are interested in Ruben Neves, and could be set to battle it out in for his signature in the summer, according to the Mirror.

The Wolves midfielder has enjoyed yet another impressive campaign in the Premier League, where he has been a standout performer for Bruno Lage’s side.

But the latest indicates that he would be willing to leave Molineux in search of a new challenge and, having already been linked with Barcelona, it now looks as though he will also have the option to remain in England’s top flight.

Speaking after Wolves’ final game of the season against Liverpool on Sunday, the Portugal international said: “Our careers are really short, we need to take the opportunities we have.

“We need to live those dreams in a short space of time. Let’s see what happens. I cannot say too much about it.”

With Neves’ contract not set to expire until 2024, Wolves could demand a significant fee for his services, with previous reports suggesting that they were looking for around £70 million to part ways with the 25-year-old. He has made 33 league appearances this season.

– Juventus are weighing up the possibility of signing Kalidou Koulibaly, reveals Tuttosport. The 30-year-old centre-back will enter the final year of his contract in June and, despite Napoli looking to keep him at the Diego Armando Maradona stadium, Massimiliano Allegri looks to have identified him as a possible reinforcement at the heart of Juve’s defence.

– Aston Villa are prioritising a move for Kalvin Phillips in the summer, according to the Telegraph. Steven Gerrard has placed the 26-year-old Leeds United midfielder at the top of his shortlist, as he prepares for his first summer transfer window in charge of the Villains. The Premier League side have also been rumoured to have agreed personal terms with Marseille midfielder Boubacar Kamara.

– Barcelona remain keen to sign Raphinha, but could now find it more difficult to agree a fee with Leeds after Jesse Marsch’s side avoided relegation on the last day of the Premier League season, writes Sport. The Blaugrana and the 25-year-old winger’s representatives have already agreed on personal terms, but the deal is now expected to take longer to complete, with fresh talks required over a fee.

– Real Betis are interested in signing Lyon midfielder Houssem Aouar, according to Foot Mercato. The 23-year-old is set to enter the final year of his contract in June, and that will make things more difficult for the Ligue 1 side to negotiate an increased fee to part ways with him. It is reported that the LaLiga club are keen to sign him, so that they can pair him together with France teammate, Nabil Fekir.

– Samir Handanovic is set to extend his contract with Internazionale by one year. The 37-year-old goalkeeper has been linked with an exit from the San Siro throughout the season, but it now looks as though he wants to continue in Serie A. Speaking to Dazn, as quoted by Nicolo Schira, he said: “I will stay here for another year.”