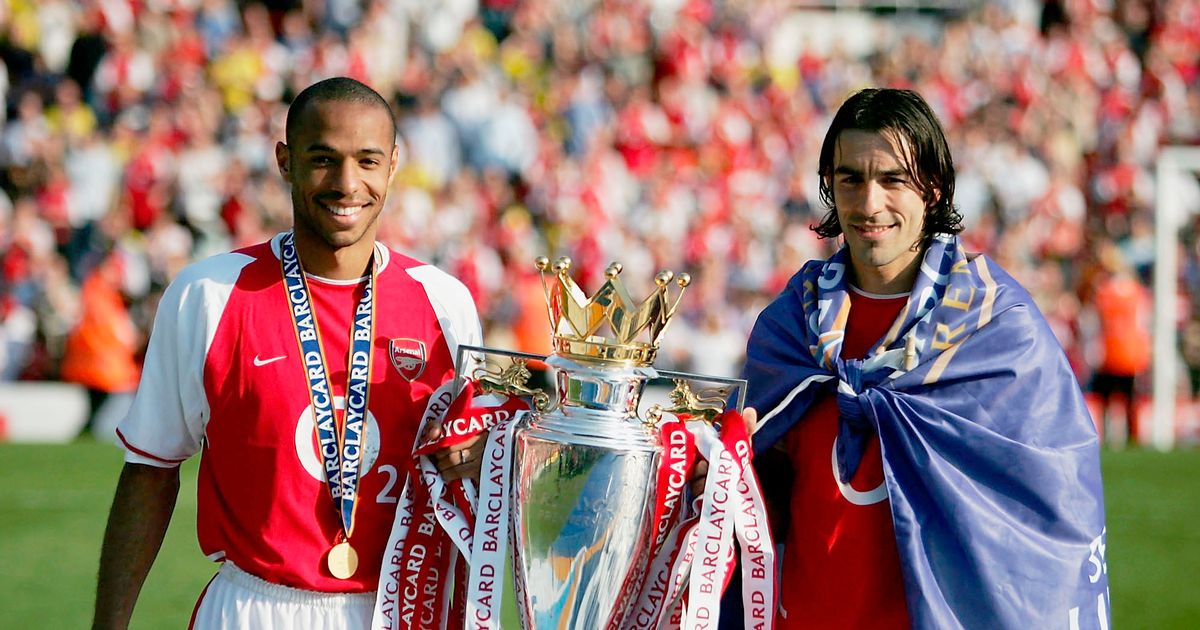 Former Arsenal star Robert Pires has left Gunners everywhere shocked by revealing Thierry Henry is not one of the two best players he has played alongside during his illustrious career.

The Arsenal fan-favourite sat down with French outlet L’Equipe to discuss the ins and outs of his playing days when he was asked to name the best player he shared the squad with at both club and international level.

The two-time Premier League winner wasted no time in explaining why his answers were Dennis Bergkamp and Zinedine Zidane.

“With both, I have improved enormously,” the Premier League icon claimed.

“It is not enough to copy them, it is impossible, but to observe, to learn. When I arrived in 2000 (at Arsenal), Dennis said to me: ‘The most important thing is the first control. It puts you in a good mood. If you miss it, you will be disturbed’.

“He didn’t talk much. Zizou either. Both were class.”

HAVE YOUR SAY! Who was Pires’ most talented teammate? Comment below

Pires won an overwhelming amount of honours with both of the aforementioned duo by his side.

With Bergkamp, Pires helped revolutionise Arsenal and secure two Premier League’s and two FA Cups as well as reach the final of the 2006 Champions League final.

He reached arguably even more incredible heights with Zidane as ‘Les Bleus’ won the 1998 World Cup, the 2000 European Championship and two FIFA Confederations Cups in 2001 and 2003 together.

The former winger went on to reveal how he came very close to not playing for Arsenal at all after Spanish giants Real Madrid became interested in him during his Marseille days.

“Everyone told me that I was crazy not to have gone to Real. It was very heated though.

“I even took the photo with the Real jersey during the Euros in Belgium! For the newspaper AS, I believe. And everything happened very quickly.”

While there may be fans debating Pires’ selection for best player, there was little argument when he identified the best manager of his career.

” Arsene Wenger took me into another dimension and made me progress.

What confidence to come and get me to replace Overmars! I was really struggling for the first six months, English football was too hard, rough, athletic and mean but he felt that I could adapt.

“With him, you’re free on the pitch. I’m not saying I could do what I wanted, every player had a mission but I was free and I wanted to enjoy myself.”